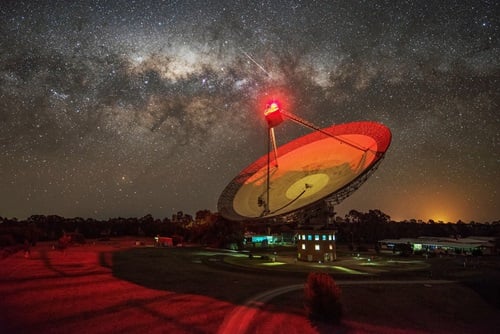 G’day all and happy Thursday. Here’s the latest news from around the traps.

Humm (the BNPL formerly known as Flexigroup) hasn’t been the sexiest of fintechs, and has been largely ignored by investors for stocks such as Afterpay and Zip. But in releasing results today Humm’s (ASX: HUM) CEO Rebecca James argues it’s the quiet achiever in the space, capturing the health and wellbeing vertical, now covering 25% of the nation’s dental chairs and 50% of enterprise audiology, amid more than 3,500 existing health and wellbeing partners.

Revenue in the vertical has hit $120 million on an annualised basis, up 38% in FY21 and deals with transactions up to $30,000 over terms ranging from five fortnights to five years.

We noted James’ dig at rivals in today’s statement.

These practices have also chosen humm because of our significant understanding of credit risk in this sector,” she said.

The federal government has granted the first-ever launch facility licence to Southern Launch for it to use the Koonibba Test Range in South Australia and use it as a launch pad for future commercial launches of suborbital rockets.

Head of the Australian Space Agency Enrico Palermo said space launch from Australia is one of several areas of competitive advantage where the civil space industry can develop local capability.

Southern Launch CEO Lloyd Damp said: “Southern Launch is absolutely thrilled to be the first company to hold an Australian launch facility licence, allowing the facility to be used for future space launches out across the Australian desert. The Koonibba Test Range will have a significant benefit to the Koonibba community and the broader regional centre of Ceduna, including the opportunity for ongoing local employment, education and the development of a new space tourism industry.”

New York Times tech journo Kevin Roose has joined the non-fungible token (NFT) craze by turning a column about NFTs into an NFT and then offering for auction on Foundation. Read all about it here or you can bit for it here.

This point in his column did set us thinking though:

But there’s something real here that is worth taking seriously. For decades, artists, musicians and other creators have struggled with the fact that, on the internet, making copies of any digital artifact is trivially easy. Scarcity — the quality that gives offline art its value — was hard to replicate online, because anyone who downloaded a file could copy and paste it an infinite number of times, with no loss in quality.

And then his subsequent tweet about it perhaps sums it up.

Relatedly, the answer to the question "how can a single human generate the maximum possible confusion inside a media organization" turns out to be "sell a corporate-branded blockchain token"

The CSIRO’s Parkes radio telescope, famed for its role 52 years ago in transmitting humanity’s first steps on the Moon from the Apollo 11 mission, is back in the ground station support for lunar landings, signing a five-year deal with Houston-based aerospace company Intuitive Machines to support multiple lunar missions, including their first flight under NASA’s Commercial Lunar Payload Services (CLPS) initiative.

Intuitive Machines will launch its Nova-C Moon lander on a SpaceX Falcon 9 rocket towards the end of 2021, delivering commercial cargo and five NASA experiments to investigate the local geography and test technology required for future human exploration.

Intuitive Machines VP for Control Centers Dr Troy LeBlanc said: “CSIRO’s Parkes telescope adds significant data downlink capability to Intuitive Machines’ robust Lunar Telemetry, Tracking and Command Network. The successful use of the Network for these initial missions will underpin the return of humans to the Moon and ultimately sustainable presence under the Artemis program.”

Sydney startup Baraja, which is developing LiDAR technology for autonomous vehicles to “see” what’s around them, has raised A$40 million, claiming its sensors will accelerate the shift to self-driving vehicles.

The round was led by Blackbird Ventures, ahead of new investors Hitachi Construction Machinery, Regal Funds Management, Perennial Value Management, superannuation fund HESTA and InterValley Ventures, with the CSIRO’s Main Sequence Ventures returning for another bite.

The new capital will be used to expand Baraja’s team and accelerate development of its LiDAR technology for automotive-grade use in self-driving vehicles.

Why does MyGov have to implement biometric solutions at all? Biometric data introduces a host of serious new risks to MyGov users.

It is very difficult to change/replace like we do passwords. If it gets into the *wrong hands* it’s far more dangerous than other data. https://t.co/JLG99InTlN