Where are the women of colour? Why your business needs to do more, and not just on IWD 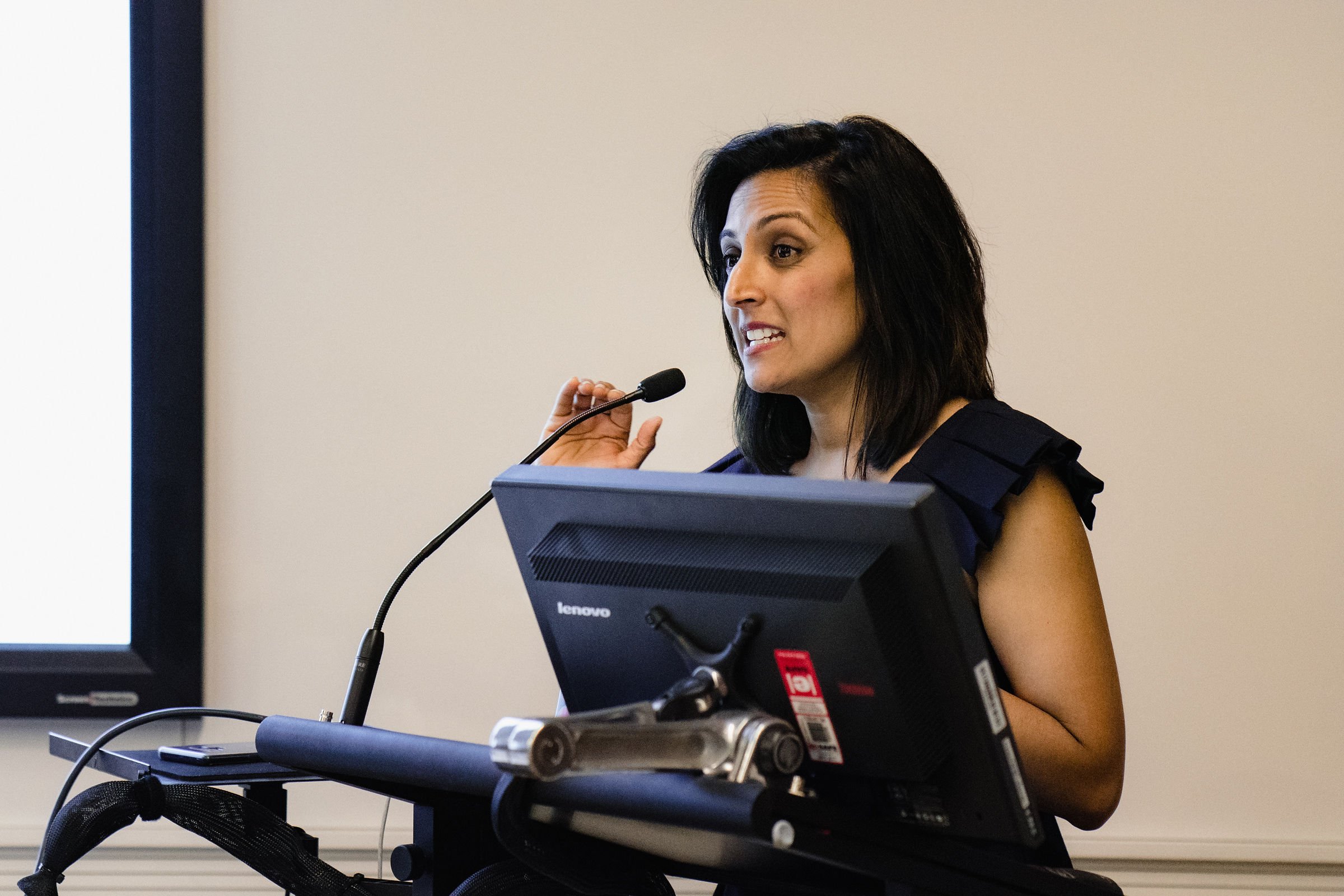 We have much to celebrate in moving the needle for gender diversity at work. However, things are not progressing in the same way for all women. If addressing the imbalance of culturally and linguistically diverse (CALD) women in your workplace is not a priority, you are missing out on a deep pool of untapped talent, and their connection to the ever-expanding ‘migrant wallet’.

Every year when International Women’s Day rolls around, and the inevitable morning tea or breakfast event is organised (too often by women), there is something I always wonder: where are the CALD women?

Despite best efforts scrambling for evidence of a company’s support for women in the lead up to March 8, it’s a little hard to put diverse women front and centre when you don’t have any. Here is why that’s a problem, particularly in tech startups with offshore teams, and why fixing it is a matter of urgency for every company, no matter their size.

Too often the ‘only’

A whopping 46% of women of colour experience being the ‘only’ in the room – either the only woman or the only person of colour or both, which is staggering considering Australia’s reputation and identity as a multicultural nation.

Though it is tempting to launch into a lecture about intersectional feminism and the rampant nature of systemic inequity in our society – this lack of diversity that plagues much of the tech space in Australia comes down to the fact that women from non-Anglo backgrounds do not spring from the same starting block.

Our lived experiences are distinct and separate to those of white and CALD men, and different to those of our Anglo ‘sisters’, who fundamentally do not experience the same barriers and challenges on the career path that we do as women from migrant backgrounds, albeit is no walk in the park for them either.

From a decade working as a diversity and inclusion consultant, I can tell you that CALD women are almost non-existent at a senior levels, reflecting the ‘double jeopardy’ or intersectionality (the effect of combining two or more forms of discrimination) that CALD women face in today’s workplace, particularly as we begin to rise through the ranks.

Across the tech and startup space, CALD women get ‘stuck’ in entry or mid-level positions, facing quadruple layered barriers as a result of being culturally diverse, female, in STEMM, and often perceived as young by appearance (and therefore too young or inexperienced for leadership roles).

There is immense opportunity in progressing those CALD women on from the ‘sticky floor’ and upward toward the corporate and startup boardrooms and exec teams – there is a statistically significant correlation between both gender and cultural diversity in the workplace and increased financial returns.

A significant number of women from CALD backgrounds felt that ‘the way they naturally behaved’ clashed with expectations in Australian business culture. [Levelling the Playing Field, 2018]

The time for ‘awareness-raising’ on the issue is over; now is the time for meaningful action. CALD women need more leaders to stand up and do the deep work required to embed diversity and inclusion at all levels – especially the path from the middle of the organisation to the boardroom.

While it can be confronting to understand, reflect on or learn that culturally diverse women in your organisation have either consciously or unconsciously been discriminated against – it is promising to note that CALD women have better prospects for progression and advancement if they find, engage and influence the right ‘champion’ within their organisation or industry.

The best way to grow your talent pool is by becoming a champion of CALD women in your business and when you do this, you understand the lived experience of these women before you go out on a massive recruitment exercise (I have watched some IT organisations do this to boost numbers).  The problem with this, is that your environment is not inclusive and hasn’t even begun to understand what CALD women want and need. Grow your talent pool by focusing on the CALD women whom you already employ – if you improve the experience for them, they will attract new CALD talent for you.

Understanding the lived experience of CALD women requires leaders who are capable of having these confronting conversations in a culturally and psychologically safe way. Commit to building this capability with your leaders and managers. This capability in cross cultural competence is valuable whether your team is onshore or offshore.

It is common practice, particularly in tech and startups, to have testing, project and app development, helpdesk support, cloud infrastructure support and maintenance functions handled by teams overseas, or by a hybrid, onshore and offshore team who need to be in sync with each other.

Imagine there is a threat to the security of your databases and your offshore and onshore teams need to work together under pressure to solve this … problems arise when work instructions are provided without context, expectations or feedback is communicated poorly, when ideas are solicited and not offered.

Cultural differences amongst teams, without the solid foundations of inclusion and equity beneath them, can affect behaviour and outcomes in these situations, especially when leaders make judgements that carry bias.

Having worked extensively with both captive and vendor run centres in Australia, India, The Philippines, Fiji and South Africa, I can almost guarantee that if there were more diverse women leading and in senior levels, most companies in this space would function a whole lot more productively.

That’s because CALD women can build bridges – be it with offshore teams or onshore communities – having been born in or having parents born in these countries. This inbuilt cultural affinity and understanding allows for deeper connections based on shared, lived experiences, and opens the door to greater inclusivity, which then leads to greater productivity, innovation and growth.

Almost half of all Australians were born overseas, or have one or both parents born overseas, meaning that the under-representation of that rich diversity in senior leadership roles in corporate Australia equals huge potential that is left largely untapped.

The annual estimated purchasing power of the ‘multicultural market’ is $75B AUD and only set to grow. [Diversity Council Australia, Deloitte, 2014.]

Migrant customers have unique purchasing patterns and expectations of services due to the difference in their opportunities, challenges, needs and aspirations – though they are often overlooked by marketing and sales, especially women. In fact, one third of culturally and ethnically diverse customers say their needs were unmet in the past 12 months.

Therefore, a company’s lack of diversity means that its strategies and operations cannot hope to reflect the current population trends and the true opportunities for scale are not realised. By expanding your understanding of the cultural differences, specific requirements, buying behaviour and expectations of migrant customer base, done best by those who are also part of that community, your business can improve its CX, market penetration and increase its share of the ever-growing ‘migrant wallet’.  Remember 70-80% of purchasing decisions are made by women and this is consistent globally (Forbes, 2019), so your CALD female employee is also representative of your customer.

Are you ready to step up to the challenge?

This year’s IWD theme is ‘Choose to Challenge’, and the UN theme of Women in Leadership – Achieving an equal future in a covid-19 world – aptly chosen in the wake of Kamala Harris’ ascent to the office of Vice President in the US, among other change-making strides by women across the world.

The case is clear: inclusion of diversity creates improvements in productivity and innovation, but only if the foundations for understanding and empathy are there. We can’t afford to let another IWD slide by before business steps up to advocate for culturally diverse women in their organisations.