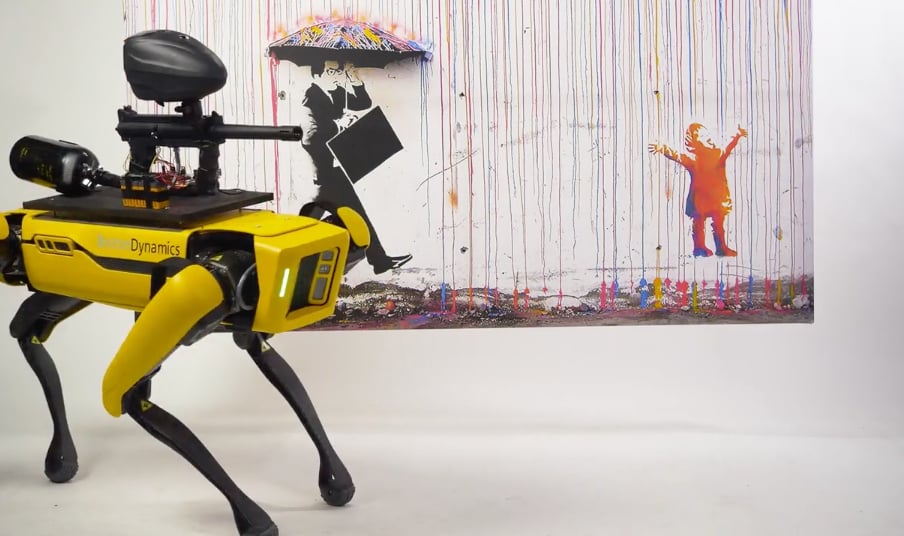 A teaser from MSCHF's 'Spots Rampage'

There’s talk of another WeWork IPO attempt, led by the company’s main backer (and rescuer after it imploded during 2019’s IPO attempt), Japan’s Softbank, with the Wall Street Journal reporting that its looking to clean up the share register by spending a further US$1.5 billion on employee and early investor shares.

That includes US$500m to finally get founder Adam Neumann, who departed in the wake of the scandal-plagued, failed 2019 listing, off the books. That’s a far cry from the $3bn Neumann was initially promised by SoftBank before it reneged on the deal as the coronavirus pandemic hit last year. The two sides have been in a legal fight since.

SoftBank is reportedly in talks with a SPAC (special-purpose acquisition company), BowX Acquisition, for a sale that potentially values the business at US$10 billion, which is roughly the amount Softbank’s chairman Masayoshi Son ploughed into the venture, previously valued at US$47bn.

Robot makers Boston Dynamics are a little miffed at being punked by a renegade arts group, MSCHF, who spent A$100,000 to buy one of the company’s dog robots, known as Spot, strapped a paintball gun to its back and plan to send it through an art gallery tomorrow (1pm US EST) with people having the chance to control it via the internet in an installation they’ve called “Spot’s Rampage.”

Boston Dynamics says the installation “fundamentally misrepresents Spot and the company condemns “the portrayal of our technology in any way that promotes violence, harm or intimidation”, which suggests that, if they think paintball is a violence and intimidation, they should probably avoid watching the Iron Man movie series.

Meanwhile, the MSCHF team told The Hustle that while the company’s robots are always how in “nonthreatening and cute videos… the reality is that all of this technology can be used for other purposes.”

We also can’t help wondering what Warhol or Pollack would have done with a robot with a paint gun.

Having flagged plans to offload a sizeable chunk of its Chinese online jobs portal, Zhaopin, during its half-yearly results yesterday morning, Seek (ASX: SEK) announced it had done just that after the market closed yesterday, with a consortium led by China-based investor Primavera Capital Group spending A$697 million for around 38% of the business on a valuation of A$2.2bn.

Seek’s ownership reduce from 61.1% to 23.5% and having invested A$239m in Zhaopin, Seek says the deal represents a return of over 5x. In lieu of an interim H1 21 dividend, Seek now intends to declare and pay a dividend of c20 cents following receipt of the sale proceeds.

“Our long-term approach combined with the strong management team led by Evan Guo has transformed Zhaopin into a market leader across many key metrics and it now generates strong cash flows,” he said.

“As it marches toward $100 trillion, you’re going to see the growth rates fall, the volatility fall,” he said.

Good luck with that, mate.

Spare a dime for Elon Musk today. He’s no longer the world’s richest man and Bitcoin is partly to blame.

But hey, it’s only data.

Jeff Bezos is now the bloke with the biggest bucks.