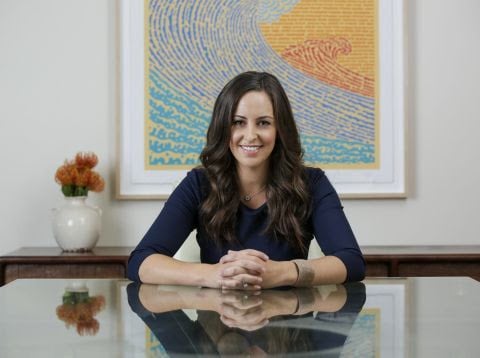 Welcome to Monday, or as it’s known in the US, National Tom Brady Day.

Google’s Plan B for paying the media for news launched in Australia last Friday, to the surprise of many has the global tech giant appears to be reaching some sort of truce with the Morrison government in the bitter fight over its News Media Bargaining Code, which will force Google and Facebook to pay a range of publishers for content.

The rollout had been put on hold while haggling with the government over the code continued, but now you’ll find News Showcase from today on the Google News app, followed by Discover in the coming week, and ultimately, in Google Search.

Interestingly, Google has partnered with seven smaller, independent and regional Australian publishers behind the likes of  The Canberra Times, The Illawarra Mercury, The Saturday Paper, Crikey, The New Daily, and The Conversation.

The three-year deal sees Google pay the publishers a monthly fee to offer their stories to read for free, even if they were normally paywalled.

Mumbrella notes that Nine, publishers of The Age, SMH and AFR, have refused to part of it, taking another swing at Google saying its another example of the company abusing its monopoly power.

Amazon’s online store accounted booked around half that figure with net sales of $511.3 million, while subscriptions such as Amazon Prime boomed, hitting $90.9 million compared to $35.4 million 12 months earlier.

The company now employs nearly 1000 people in Australia, spending $130.5 million on them.

Debt collection fintech InDebted has raised $10m in a debt and equity round to buy a US-based rival Delta Outsource as it looks to expand into the American market.

Venture debt fund OneVentures put in $3.5 million as debt with the remainder of the raise in equity from existing backers MassMutual Ventures South East Asia and Carthona Capital.

Founded in 2016, Sydney-based Indebted has now raised more than $20 million. It has now processed nearly $1B in debts with a 91% automated collections rate and now operates in Australia, New Zealand and Canada.

Jesse Draper’s LA-based VC fund Halogen Ventures, which invests in early-stage consumer tech startups with female founders, has closed a second fund at US$21 million. Draper launched Halogen in 2015 and the VC firm has invested in more than 60+ female founded companies, with 10 exits already, including Squad App, (acquired by Twitter), ThisisL. (acquired by P&G), and Eloquii (acquired by Walmart).

“We are investing in consumer technologies to make lives easier from improving the way we shop, educate, work from home to companies solving childcare and government inefficiencies,” Draper said, pointing out that studies that show for every dollar invested, businesses founded by women generate revenue almost two times higher than those founded by men. Despite that ROI, only 13% of venture capital go to startups with women on the founding team.

The biennial event involves teams  of students from multiple engineering disciplines from universities globally and Defence will work with US not-for-profit RoboNation to deliver the competition, which will include an industry day for industry to connect with STEM talent.

If you only read one thing about the whole GameStop/Reddit short-selling saga, make it this hilariously profane column by John Birmingham. NSFW is you’re reading it out loud, but we offer his take on Elon Musk entering the fray: “This illiterate brainfart immediately juiced the price of Game Stop shares by 137% to $334.”

Game Stop: The Massive Redistribution of Money from Some Rich People to Some Other Rich People by @JohnBirmingham https://t.co/VehEq1IPni

It’s the one-year anniversary of the National Blockchain Roadmap. 7 out of 12 signposts have been actioned so far! Find out more: https://t.co/58vxesUjQ3 #Blockchain pic.twitter.com/15VDkGK9Pz