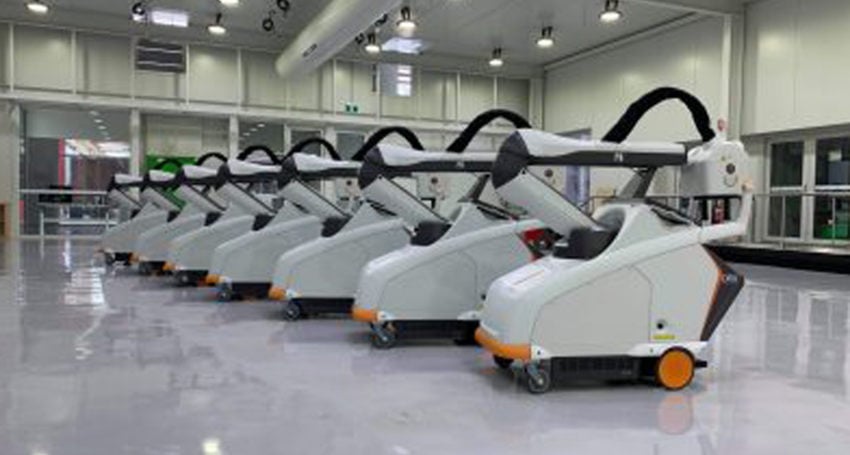 Micro-X has received funding commitments of $30.5 million to help expand its US footprint and fast-track new lightweight x-ray products.

The publicly-listed company announced to the Australian Securities Exchange (ASX: MX1) this morning it had received funding commitments totalling $30.5 million for new fully paid shares at 34 cents each. It is also proposing to undertake a share purchase plan to raise a further $2.5 million from existing investors.

The funds will allow the South Australian-based company to open a US office in Seattle to support its Airport Self Service Checkpoint project for the US Department for Homeland Security. The project involves the development of a mobile baggage scanner for airports.

The company relocated from Victoria to South Australia in 2015 to establish a manufacturing hub at the Tonsley Innovation Precinct in Adelaide’s southern suburbs.

It launched its flagship lightweight x-ray, the Nano, in 2017 and last year announced it would take back sales and distribution control of the product from Carestream Health after sales figures failed to meet expectations.

The change means Micro-X will now be able to sell the machines through a range of distributors as well as directly to customers.

In its announcement to the ASX today, Micro-X said the funds raised would also be used to expand sales and marketing teams to accelerate sales.

Funds will also be used to bring the tube development and manufacture for its MBI in-house and establish a sales team to build sales demand ahead of the 2022 launch.

Managing director Peter Rowland said the capital raise would bring the company closer to its strategic goal of having four global production lines within five years.

“We are very pleased to have attracted this level of investor commitments to propel Micro-X in its expansion on multiple commercial and development fronts,” he said.

“We are also excited that the funding has enabled us to assume 100 per cent of the development of our breakthrough IED Camera technology by insourcing its x-ray tube to develop a prototype in 12 months.”

South Australia is positioning itself as a safe place to invest, with a track record of being COVID-19 free and a growing defence and space industry.

The South Australian Department for Trade and Investment recently launched a dedicated site called “Invest in South Australia” to link investors with companies ready for investment.