The chances of catching coronavirus from surfaces are low, so let’s save the time and money on ‘hygiene theatre’ 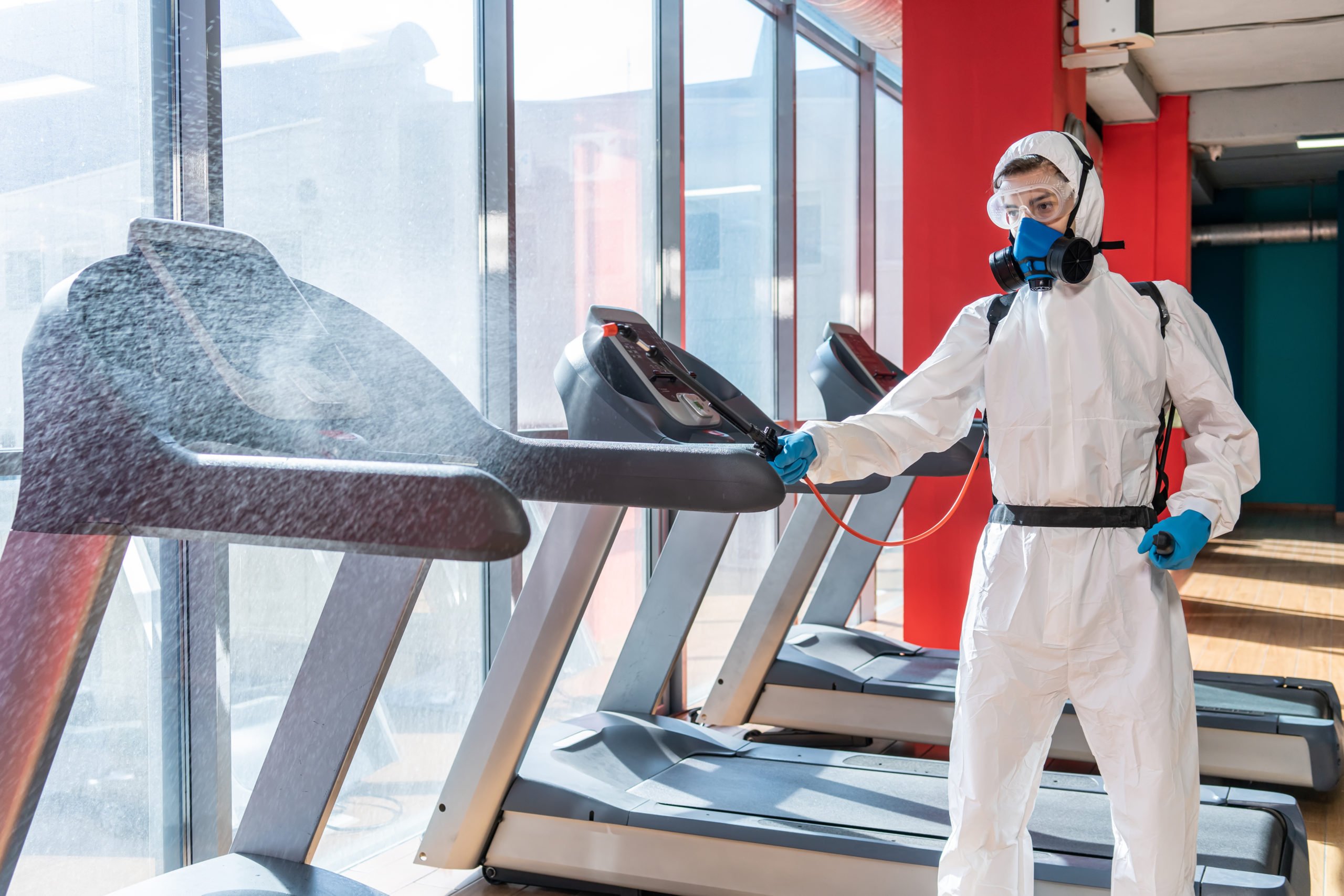 A lot has happened over the past year, so you can be forgiven for not having a clear memory of what some of the major concerns were at the beginning of the pandemic.

However, if you think back to the beginning of the pandemic, one of the major concerns was the role that surfaces played in the transmission of the virus.

As an epidemiologist, I remember spending countless hours responding to media requests answering questions along the lines of whether we should be washing the outside of food cans or disinfecting our mail.

I also remember seeing teams of people walking the streets at all hours wiping down poles and cleaning public benches.

But what does the evidence actually say about surface transmission more than 12 months into this pandemic?

Before addressing this, we need to define the question we’re asking. The key question isn’t whether surface transmission is possible, or whether it can occur in the real world — it almost certainly can.

The real question is: what is the extent of the role of surface contact in the transmission of the virus? That is, what is the likelihood of catching COVID via a surface, as opposed to other methods of transmission?

The evidence is minimal

There’s little evidence that surface transmission is a common way in which the coronavirus is spread. The main way it’s spread is by the air, either by larger droplets via close contact, or by smaller droplets called aerosols. As a side note, the relative role these two routes play in transmission is probably a much more interesting and important question to clarify from a public health perspective.

One of the best commentaries on COVID surface transmission was published in the journal Lancet Infectious Diseases in July 2020 by Emanuel Goldman, a professor of microbiology from the United States.

As he described, one of the drivers for the exaggerated perception of the risk of surface transmission was the publication of a number of studies showing SARS-CoV-2 viral particles could be detected for long periods of time on various surfaces.

You probably saw these studies because they received enormous publicity worldwide and I remember doing numerous interviews in which I had to explain what these findings actually meant.

The virus that causes COVID-19 can survive on banknotes, glass and stainless steel for up to 28 days, much longer than the flu virus, Australian researchers said, highlighting the need for cleaning and handwashing to combat the virus https://t.co/Y1Qwwr3jau pic.twitter.com/PpQLGAkhw4

As I explained at the time, these studies could not be generalised to the real world, and in some instances the media releases accompanying them tended towards overstating the significance of these findings.

The key issue is that as a general principal the time required for a population of microoganisms to die is directly proportional to the size of that population. This means the greater the amount of virus deposited on a surface, the longer you will find viable viral particles on that surface.

So in terms of designing experiments that are relevant to public health, one of the more important variables in these studies is the amount of virus deposited on a surface — and the extent to which this approximates what would happen in the real world.

If you understand this, it becomes apparent that a number of these virus survival studies stacked the odds of detecting viable virus by depositing large amounts of virus on surfaces far in excess of what would be reasonably expected to be found in the real world. What’s more, some of these studies customised conditions that would extend the life of viral particles, such as adjusting humidity and excluding natural light.

The Guardian report does not mention the key fact that these studies were done in the dark to negate the effect of UV light, which is a pretty major caveat. https://t.co/a2WfEXTFjp

Although there was nothing wrong with the science here, it was the real world relevance and the interpretation that was amiss at times. It’s notable that other studies which more closely replicated real world scenarios found less impressive survival times for three other human coronaviruses (including SARS).

It’s important to note we’re relying on indirect evidence in assessing the role of surface transmission for the coronavirus. That is, you can’t actually do an ethical scientific experiment that confirms the role surface transmission plays because you’d have to deliberately infect people. Despite being such a seemingly straightforward question, it’s surprisingly difficult to determine the relative importance of the various transmission pathways for this virus.

What we have to do instead is look at all of the evidence we do have and see what it’s telling us, including case studies describing transmission events. And if we do this, there isn’t a lot out there to support surface transmission being of major importance in the spread of COVID.

We could save a lot of time and money

We need to put the risks of exposure to SARS-CoV-2 via the various modes of transmission into perspective, so we focus our limited energy and resources on the right things.

We can therefore mitigate this relatively small risk by continuing to focus on hand hygiene and ensuring cleaning protocols are more in keeping with the risk of surface transmission.

In doing this, we can potentially save millions of dollars being spent on obsessive cleaning practices. These are probably providing little or no benefit and being done solely because they’re easy to do and provide the reassurance of doing something, thereby relieving some of our anxieties.

"If hygiene theater were actual theater, it would exist in the genre of catastrophic improv. Hundreds of millions of people are ad-libbing their way through a crisis in the absence of a clear script,” writes @DKThomp https://t.co/MyuvvN430o