A new fintech app for millennials to manage household bills has raised $250,000 in pre-seed funding in its first few weeks of existence and has now turned to crowdfunding seeking another $800,000.

noobill is the brainchild of George Wang, who previously spent three years as CEO of the Australian arm of Chinese ecommerce retailer GOME before launching his startup last month. The app is designed to be an AI-enabled smart account that allows for price comparison, management and payment of all essential services within the app.

He’s developed the app at Stone & Chalk and has enlisted Airwallex co-founder and CEO Jack Zhang as a strategic advisor.

A two-week crowdfunding campaign through Equitise launched today and has already reached the $100,000 minimum target thanks to pledges during the initial EOI period. 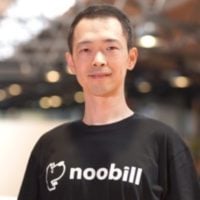 Wang’s ambitions for the app start with electricity and gas, before moving into telecommunications, home loans and insurance during 2021, and next year, personal finance, credit cards and even a noobill-branded debit card.

“We want to help young Australians develop better financial habits by delivering a single view of the best services for the best rates and avoid unnecessary fees,” Wang said.

“We thought given the app aims to help everyday Aussies, it makes sense to give those same Australians the opportunity to invest in noobill through an equity crowdfund.“

The app is free for users, with noobill generating revenue by charging providers a transaction fee to process payments.

In his letter to potential investors as part of the Equitise crowdfunding campaign, Wang says the essential services sector is ripe for disruption, arguing in currently costs Australian households an average of $2,500 annually in additional fees and payments.

“In 2020, we still need to pick up the phone and call a provider to change an address, schedule a disconnection, update our credit card details or dispute a charge,” he said.

The founder spent 18 months doing market research to build the noobill app and launched beta testing in Victoria with the energy sector. More than 800 people have registered as noobill members.  The AI is used to forecast bill payments, learn income patterns and breaks bills into small instalments collected on a preferred schedule as well as encouraging round-ups on payments to autosave.

The $250,000 pre-seed round came in the form of a convertible notes at a $3.5 milllion post-money valuation, which converts into ordinary shares if the company, currently 100% owned by Wang, raises more than $500,000 in the equity crowdfund campaign. He’s bootstrapped the business using around $150,000 of his own money as a loan.

Noobill is currently available in Victoria, and the startup plans to use the funds for product development and its national expansion in 2021, with plans to hit the US and UK markets in 2022.

The Equitise campaign is offering up to an 11.4% stake in the business at $5 a share, valuing noobill at $5.8 million. The campaign closes on February 16.