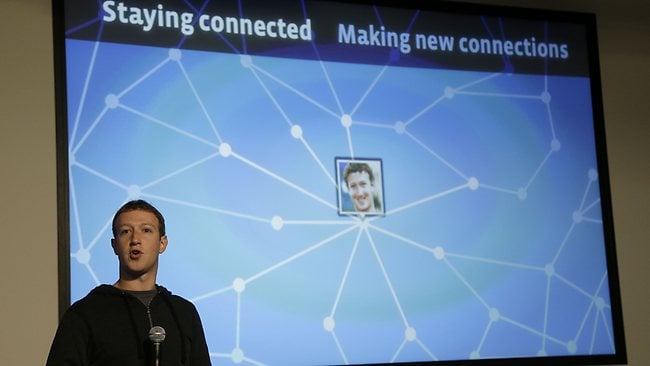 Facebook’s hostage standoff with Australian government and media will end in the next few days after the company struck a deal with the Morrison government over its controversial News Media Bargaining Code.

Intense negotiations with the government in the wake of Facebook blocking hundreds of media sites on its platform last Thursday, saw the warring sides reach a compromise on Tuesday afternoon and the currently empty Facebook pages will be restored.

The social media giant’s vice president of global new media partnerships, Campbell Brown, said they “have come to an agreement that will allow us to support the publishers we choose to, including small and local publishers”.

“We’re restoring news on Facebook in Australia in the coming days. Going forward, the government has clarified we will retain the ability to decide if news appears on Facebook so that we won’t automatically be subject to a forced negotiation,” he said.

Brown said the company will invest in news globally but “resist efforts by media conglomerates to advance regulatory frameworks that do not take account of the true value exchange between publishers and platforms like Facebook”.

Facebook Australia MD Will Easton, who last week said they instituted the media ban with a “heavy heart”, said the company is “satisfied that the Australian government has agreed to a number of changes and guarantees that address our core concerns”.

“As a result of these changes, we can now work to further our investment in public interest journalism, and restore news on Facebook for Australians in the coming days,” he said.

The Treasurer said the amendments will “add further impetus for parties to engage in commercial negotiations outside the Code” and improve the clarity around the definition of news on the platform.

“The amendments will strengthen the hand of regional and small publishers in obtaining appropriate remuneration for the use of their content by the digital platforms,” he said.

Facebook’s actions since last Thursday became global news amid suggestions that laws similar to the Australian plan should be rolled out globally, forcing tech giants such as Facebook and Google to pay media companies.

In recent weeks Google has been striking deals with a range of leading Australian media companies, including a global deal with Rupert Murdoch’s New Corp.

The legislation was being debated in the Australian Senate last night having already been approved by lower house.

The Children’s Cancer Institute, Victorian Aboriginal Legal Aid and ACT Council on Social Services were also among the many social and charity pages delisted.

The charity page for Hannah Clarke, who was killed, along with her three children, by her abusive husband when he set the family car on fire, was removed the day the anniversary of the horrific crime, as part of the Facebook response. It was one of many such incidents that provoked widespread community outrage against Facebook.

The Clarke page, Small Steps 4 Hannah, along with many others, have slowly been restored in recent days following complaints to the trillion-dollar company, one of the world’s top 10 most valuable businesses.

In a statement Facebook issued following Thursday’s ban, the company said: “We want to assure the millions of Australians using Facebook to connect with friends and family, grow their business and join Groups to help support their local communities, that these services will not change.”

Previous article Your 90-second guide to the day in tech
Next article The One Two is helping women with one of their biggest pain points: a well-fitted bra
Via News & Analysis
Tags FacebookNews Media Bargaining Code