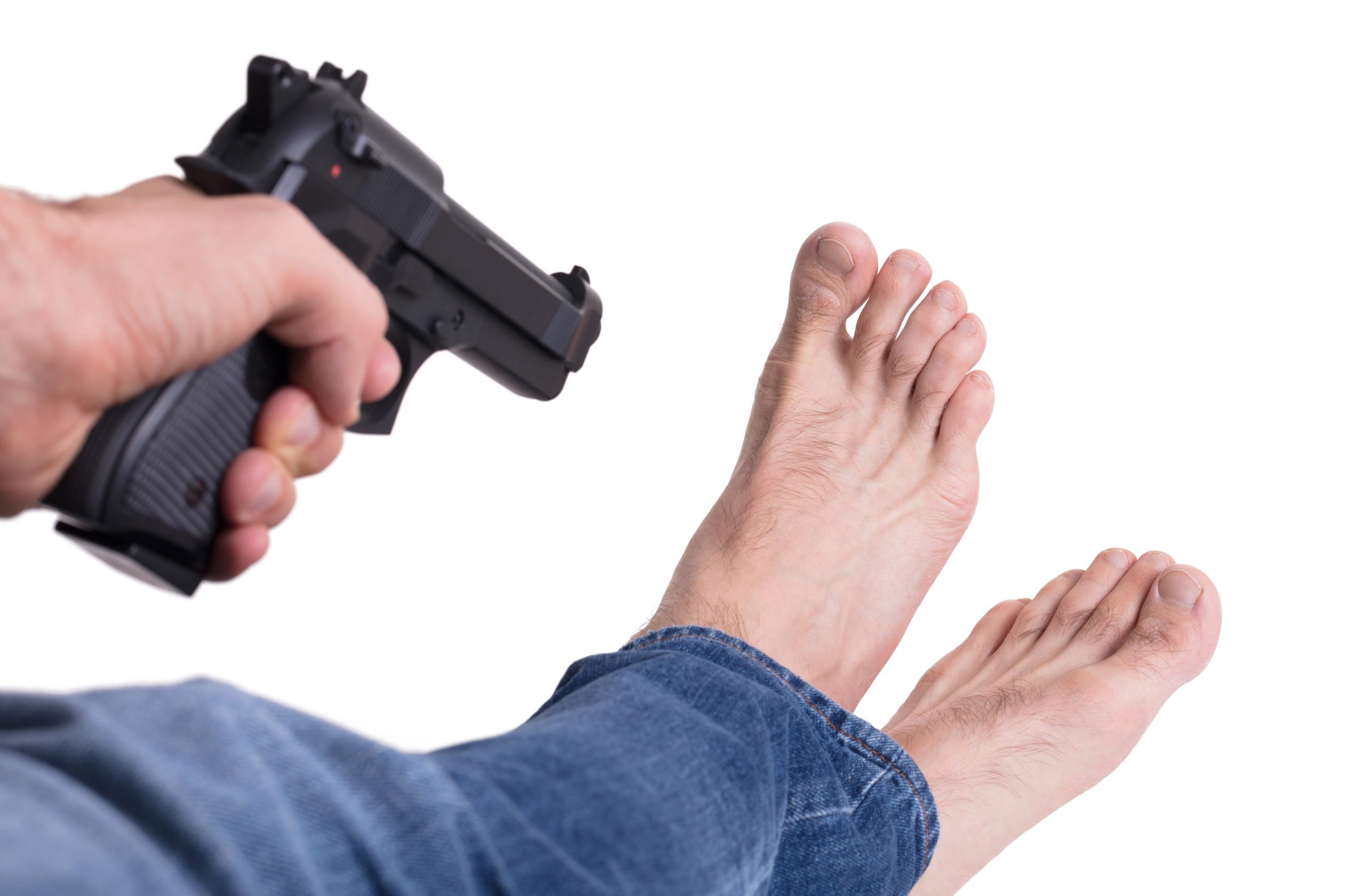 Facebook decided today that it became necessary to destroy the town to save it.

Australians woke to news – but not on Facebook – that the trillion-dollar social media giant had banned the posting and sharing of news stories in their country.

And it was worse than that when the algorithm the company deployed to pull media sites, including satire such as The Chaser, The Betoota Advocate and The Onion, couldn’t really identify the enemy properly.

It also scrubbed out posts by numerous government departments, hospitals, arts organisations, ASX-listed companies, and essential services, including Fire and Rescue NSW, the Bureau of Meteorology, the Dept of Fire and Emergency Services WA, South Australia Health, and Queensland Health.

Even the Western Australian opposition leader’s Facebook page disappeared three weeks out from an election. The Premier’s remains.

The arts sector has also been hit, including the Sydney Theatre Co. and the Carriageworks Arts Centre. And ASX-listed Booktopia, which has nearly 130,000 followers and spends considerable money with Facebook as an advertiser, was also wiped. 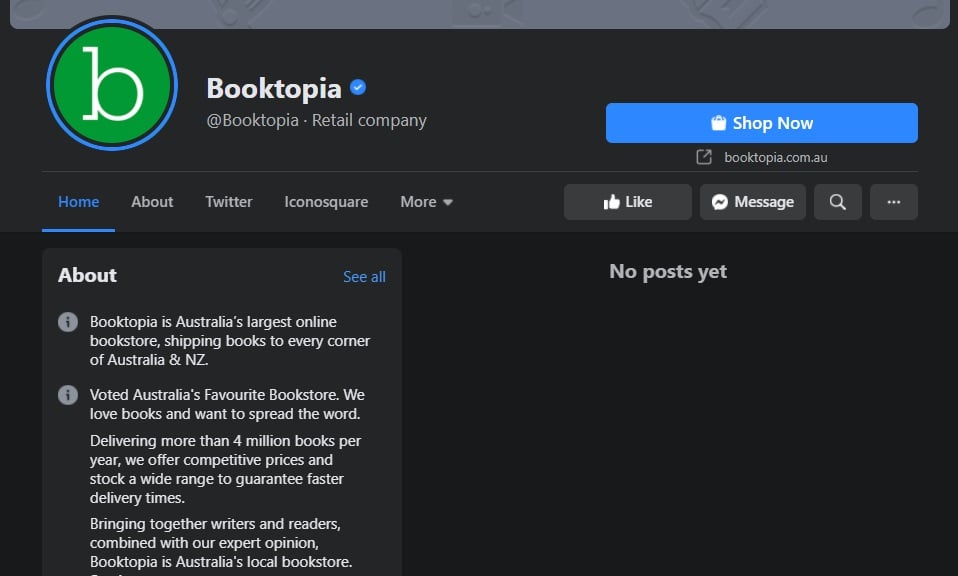 Federal Treasurer Josh Frydenberg, a staunch supporter of the News Media Bargaining Code, which is currently before the Senate for final approval before becoming law, spoke to Facebook founder Mark Zuckerberg about his company’s actions earlier today.

“Their decision to block Australians’ access to government sites, be they about support through the pandemic, mental health, emergency services, the Bureau of Meteorology, was completely unrelated to the media code, which is yet to pass through the Senate,” he said.

“What today’s events do confirm for all Australians, is the immense market power of these digital giants.”

Here’s how the tech sector has reacted:

This is an astonishing decision.

While the ramifications of it will greatly impact our news and marketing industries, it also sends a signal to other emerging global tech companies that the Australian government doesn’t value innovation, tech, or giving a ‘fair go’ to all companies.

When you consider this, the fallout for the broader technology sector is that it could discourage further expansions and investments into Australia, which will quickly lead to a halt on talent attraction and innovation.

Facebook’s decision is remarkable and presuming it stays the course with it, it will have a tectonic impact on the media and marketing landscape in Australia.

This will be detrimental to newsrooms who likely source a decent portion of their traffic from Facebook. But it will impact marketing operations around the country too. Brands often use media articles as content for their social pages or alternatively promote news articles that feature their work.

Now, companies will need to redouble their efforts on creating their own content to fill the gaps. By owning content creation, you mitigate your risk of having your entire strategy turned on its head by the whims of a tech giant.

We use Facebook to support local writers and bring their stories to Australian audiences.

Through COVID-19 and lockdowns, this role became even more important as opportunities for Australian authors to meet their audiences and promote their stories were drastically reduced.

Of course, we also use Facebook as an advertising channel and it is important to us in that manner, as it is for every retailer.

On behalf of the Australian bookselling and publishing industry, we’re asking Facebook to recognise that their action has had severe implications for communities that they haven’t considered, and to reinstate page content as swiftly as possible.

I am a single-parent that had the guts to bootstrap and launch my passion project 10 months ago.

As a solo entrepreneur I innovated as a covid-era startup to launch an independent food news publication whose main purpose is to link small producers to larger food sector stakeholders.

My publication’s primary purpose is to narrow the information gap between Australian consumers and food producers so that everyone can grow. (Keeping consumers in the know and helping small producers grow).

I have been using Facebook as a tool to grow the business since its inception with a regular allocated budget spend going to the tech giant every week. I’m calling on Facebook to review their definition of an Australian news media company and the scale and values of enterprises in the sector who have been inadvertently caught in the net.

Surely the intent of the policy debate was to target the mega media companies not startup minnows like Eativity?

I work after hours and on the weekends to support and promote other small businesses by telling their stories and keeping consumers up to date with food industry news. I just don’t understand why I am being punished for this.

The move has had significant unintended consequences on a wide range of industries and organisations who regularly share content and links to news sources on their Facebook business pages. Though many of these Facebook pages are not listed as news sites, they have been swept up in the Facebook blackout net and shut down.

Non-news organisations like the Peter MacCallum Cancer Centre, Bureau of Meteorology, The Doherty Institute, St Vincent’s Hospital Melbourne, MS Australia and Queensland Health were all blacked out this morning.

Large and small news organisations have been deeply affected, including trade publications and medical journals. Many Australian doctors and medical researchers follow medical journals like The Lancet and BMJ for daily news on current research, particularly current findings around COVID19, which are both blacked out.

For Australian listed companies like Opyl (ASX:OPL) key news sites like Stockhead and Proactive Investors are very important in being able to quickly and accurately communicate with a vast network of investors as announcements are made – a fundamental element of the ASX disclosure rules.

Facebook is a key communication channel around the world and critical in the roll out of information associated with COVID lockdowns and access to vaccines, particularly in remote and vulnerable populations. Vulnerable communities, particularly those whose first language is not English rely on their close community to share relevant news links and provide translation or interpretation of the messages.

Facebook’s blackout of Australian news sites and health information pages will create further distance and disadvantage for some of the most vulnerable Australians.

The recent changes will have a significant ripple effect right across Australia as we start to calculate the impact across the life sciences and health industries. The importance of being able to disseminate factual and credible information on research and public health information to minority and vulnerable audiences, particularly around the COVID-19 vaccine roll out, should not be understated.

We are also yet to understand what impact this may have on disseminating critical information in live time during a natural disaster or major crisis (i.e. the Australian bushfires).The message is loud and clear that this demonstrates the difficulty in navigating geopolitical boundaries in the global digital economy.

The unintended consequences are rippling in waves of disbelief and anxiety through the Australian economy this morning. Anyone who has a business model built upon the ability to aggregate news, connect or promote services or products through Facebook are holding their breath today. Some organisations have just had their most valuable digital assets shut down with very little warning.

Opyl believes the changes implemented by Facebook today will likely result in a pendulum effect and we will see some sort of correction by Facebook reinstating accessibility to content and pages on the platform.

Facebook blocking news in the middle of a pandemic, when accurate information is a key plank of the public health response really tells you all you need know about how much Zuckerberg cares about Australian society and cohesion.

Throughout the News Media Bargaining Code process Big Tech has dismissed ‘news’ as nothing more than a line item on a balance sheet.

Facebook is telling Australians that rather than participate meaningfully in regulatory efforts, it would prefer to operate a platform in which real news has been abandoned or de-prioritised, leaving misinformation to fill the void.

The difference between information and misinformation and the value of the news to the functioning of democracy doesn’t matter to Facebook. Regulation is an inconvenient impost on their immediate profits – and the hostility of their response overwhelmingly confirms regulation is needed.

Social media has supercharged conspiracy theories and misinformation, pushing some people into echo chambers where false information is all they see.

We don’t have oversight on how these algorithms operate, only that they amplify the most sensationalist content to keep us online and keep Facebook making mega bucks from our engagement. The absence of news on the platform will only compound the echo chamber effect.

Regardless of how we use social media, or whether we use it at all – we are all affected by the current lack of accountability.

Previous article One of Australia’s biggest law firms, Allens, has launched a legal tech accelerator
Next article Had enough of Facebook? Here’s how to give your social media a Spring clean
Via Global tech
Tags auspolFacebookNews Media Bargaining Code