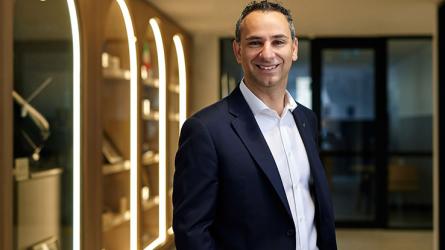 He takes over from Dr Megan Clark, who is now chair of the Australian Space Agency Advisory Board.

The mechanical engineer, who grew up in Perth and studied at the University of Western Australia, has been based in the US and now returned to run the agency from Adelaide.

In a message this morning to mark his first day in the new role, Palermo said leading the Australian Space Agency (ASA) was an amazing opportunity.

“To this role I bring a strong industry and entrepreneurial focus, engineering background and international networks to further advance our goal of tripling the size of Australia’s civil space sector to $12 billion and adding an extra 20,000 jobs by 2030,” he said.

“As the Agency moves into our third year of operations, 2021 will have a strong focus on delivery. We will continue delivering technical roadmaps to support our Civil Space Priority Areas. We will also continue setting the pathway for safe space related activities for the nation, on Earth and in space while encouraging innovation and entrepreneurialism.

“As an engineering and science graduate, inspiring STEM in the next generation is extremely important to me, and to creating a future diverse workforce that will grow the national space industry. I’m excited for the opening of our Australian Space Discovery Centre at Lot Fourteen in Adelaide in the first half of 2021.”

“2021 is shaping up to be a big year for space as a rapidly evolving sector and an enabler of other high growth industries, like manufacturing,” she said.

“The $150 million Moon to Mars initiative will also start opening doors for businesses and researchers to build local capability and support NASA on its inspirational Moon to Mars space exploration program.”

Andrews said Palermo’s career will help inspire the next generation of young Australians to consider a career in space.