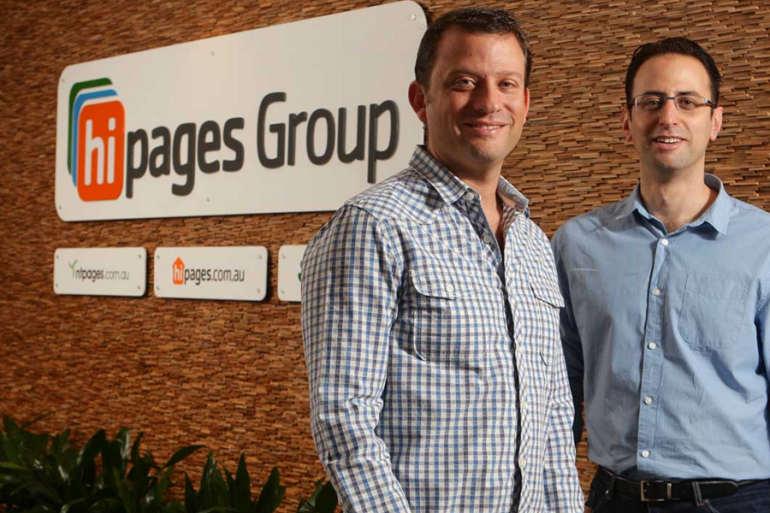 Online service directories venture Hipages Group lists on the ASX today, November 12, at 11am, having raised $100.4 million at $2.45 a share in its IPO.

Best known for the tradie home improvements site the company takes its name from, it also has marketplaces for pets and natural therapies. Anyone flummoxed by IKEA products can hire a hipages tradesperson to build the furniture for them in a deal the company struck with the Swedish flatpack furnishings giant.

The IPO, which closed early after strong demand, gives the company (ASX:HPG) a $318.5 million market capitalisation at a 5.3x revenue based on the FY2021 forecast.

The float delivers a payday of up to $60 million for early investors in the business, with the term sheet allocating just $40 million from the float towards paying down debt and growth plans.Co-CEOs David Vitek and Roby Sharon-Zipser co-founded Hipages in 2004, raising around $50 million from various venture capital firms, including KTM Capital, Right Click Capital and Kresta Capital, along the way.

Ellerston Capital, the hedge fund established by the late Kerry Packer around the same time Hipages began, has sold down the 14% stake it took in the company in 2014 and now holds 5.02%, followed by the employee share scheme with a 4.14% stake worth around $13.17 million.

Sydney VC firm Right Click Capital has two major stakes 2.99% through its Hi Investment unit and a further 1.46% through its HP investment account. Combined, the stake is worth a combined $14.16 million.

Hipages chair Chris Knoblanche said the company was “well positioned to take advantage of powerful digital and community trends that will drive increased demand for our innovative solutions” following the float today.

We believe hipages has a significant role to play in improving the engagement of Australians with a wide range of trade services,” he said.

Roby Sharon-Zipser said that with 1.4 million jobs posted to the platform in FY20, Hipages is the country’s leading online platform connecting consumers and tradies in Australia.

“Our listing today on the ASX represents an important milestone for hipages and its shareholders as it will enable us to entrench our sector leadership and drive further innovation that benefits both tradies and their customers,” he said.

UPDATE: Hipages shares initially leapt nearly 16% in opening trade before settling back down around the IPO price. It closed the day up 1.2% at $2.48. 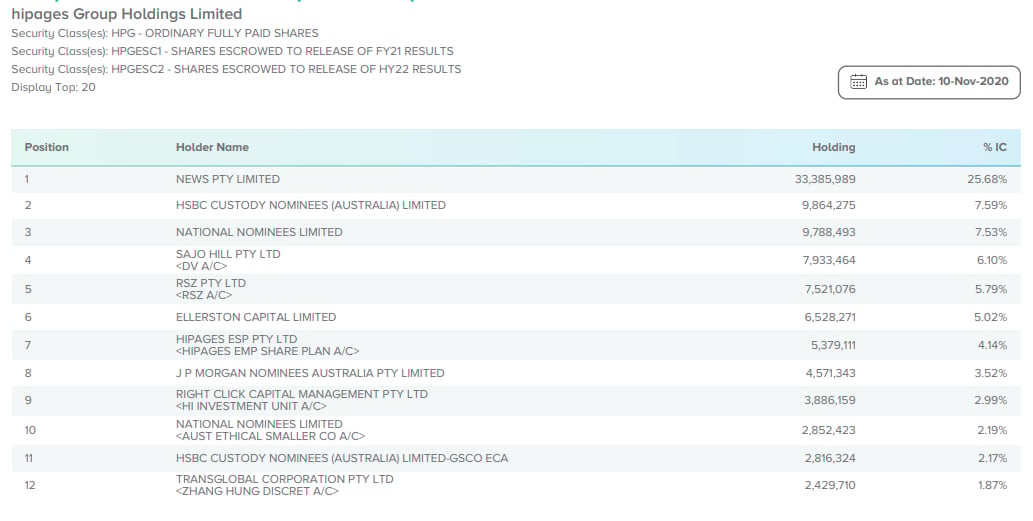 Previous article The founder of Avertro reveals what the first year building his cybersecurity startup has been like
Next article How a t-shirt from Atlassian led social impact startup Humanitix to join one of the world’s biggest charity movements, Pledge 1%
Via ASX
Tags ASXhipagesIPO