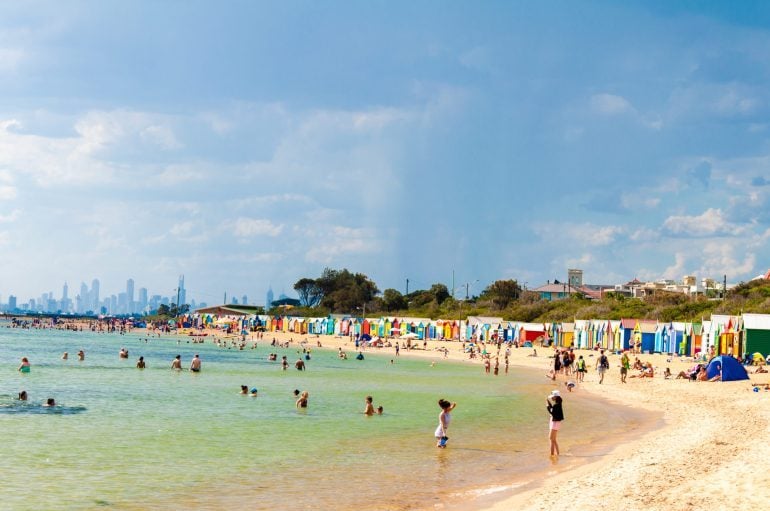 Melburnians will no longer have to stay within 25km of their home from midnight tonight, November 8, as the “ring of steel” is lifted and other restrictions are eased under the Victorian government’s “third step” reopening plan.

Yesterday there were 0 new cases & no lost lives reported. The 14 day average is 0.4, there are 2 cases with unknown source. As we head to COVID normal, there will soon be changes to the data reported in this tweet.
More: https://t.co/pcll7yB2RZ#COVID19VicData pic.twitter.com/AL7oImjiQq

For Melbourne, home visits will be relaxed a small amount – while it’s still capped at a maximum of two people a day, they don’t need to be from the same household, and can visit at different times.

“It’s really important that people stick within these rules. The data is very clear on this: so many of our recent outbreaks were connected to home visits,” the Premier said.

Restaurants, pubs and cafes can host up to 40 customers indoors and 70 outdoors.

Gyms and indoor sporting facilities can open with up to 20 – subject to density limits. Indoor sport for those 18 and under can recommence.

Indoor religious ceremonies will be increased to 20, with 50 allowed outside. The same numbers will apply to funerals, but there’s no change to weddings for now.

Community spaces like libraries or RSLs and neighbourhood houses can have up to 20 indoors, with groups of up to 10.

Accommodation facilities can also reopen – because frankly, Victorians have earned a break.

The rules aged care and hospital visits will also be relaxed so a household can visit together, but once per day and limited to two hours.

Those under 16 will also be able to visit hospitals. And the time limit for partners visiting maternity wards will no longer exist.

However, the Premier Andrews said individual hospitals and facilities though may continue to have their own policies that are stricter than the government position

The current State of Disaster will expire, however, the State of Emergency will be extended until 6 December to allow the Chief Health Officer’s directions to remain in force.

Premier Andrews said that Victoria is now on track to reach the Last Step of the roadmap to reopening on November 22.

Outdoor public gatherings will increase to 50 people at that point too. Indoor pools will also have a 50 person cap.

Large sporting venues will have a 25% of capacity limit on the number of spectators allowed.

From midnight on November 22 up to 100 people will be allowed at a wedding or funeral – subject to the density caps – or 10 people in a private residence.

Most importantly, wearing a mask remains compulsory in Victoria outside the home and will continue after November 22, however, at that point they can be removed for facials, facial waxing, beard trimming and piercings.

The full list of what’s permissible or not can be downloaded here: Victoria 3rd Step restrictions.