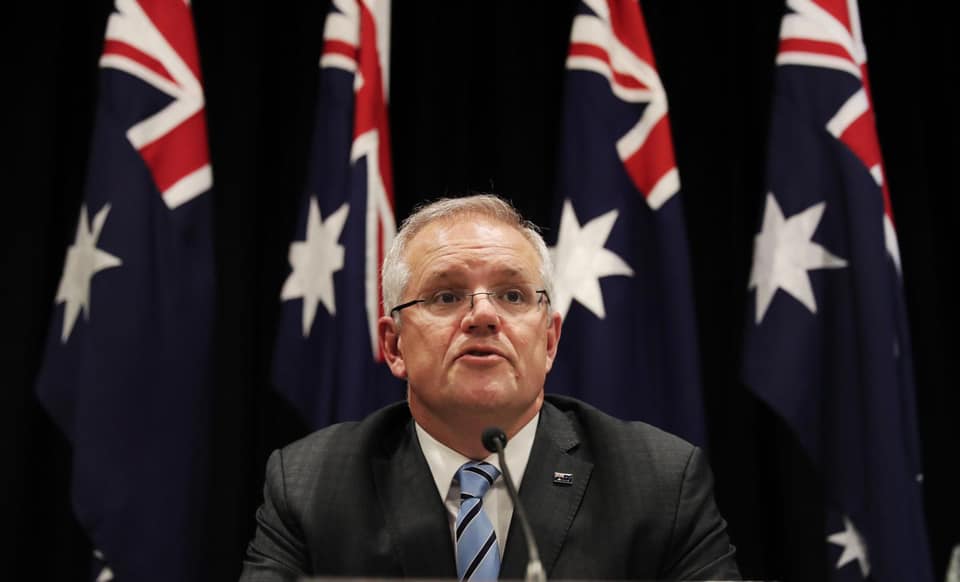 Prime minister Scott Morrison says the government will advise against mass gatherings of 500 or more people in an effort to stem the transmission of coronavirus, with the advice coming into effect from Monday.

Morrison announced the policy following a meeting of the Council of Australian Governments (COAG) in Western Sydney on Friday.

Earlier in the day, the Chief Medical Officer Brendan Murphy advised state leaders behind closed doors that mass gatherings should be banned.

The PM has confirmed the policy will be effective from Monday. It is not a ban, just advice, and the PM had planned to attend an opening round rugby league match involving the team he supports, the Cronulla Sharks, but late on Friday evening, cancelled his plans saying his actions could be “misinterpreted”.

Meanwhile, senior cabinet member and Home Affairs Minister Peter Dutton, who had been in the US during the week, announced late Friday that he had been disagnosed with coronavirus after waking up on Friday with a temperature and sore throat.

He was admitted to hospital in line with Queensland health policy.

Prime Minister Morrison said that advice provided by the Deputy Chief Medical Officer “reiterated only people who had close contact with the Minister in the preceding 24 hours before he became symptomatic need to self-isolate”.

The Home Affairs Minister attended Cabinet in person on Tuesday, and Thursday’s meeting of the National Security Committee via video link, so in terms of senior members of the government potentially being at risk and needing to self-isolate, the Prime Minister said: “That does not include myself or any other members of the Cabinet”.

Earlier at Friday’s COAG announcement, said PM the government would form a national cabinet to ensure consistency across the medical response.

The cabinet would be guided by health recommendations of Australia’s Health Protection Medical Committee. Morrison said the government was hoping to lower the overall risk and to mitigate the spread of the virus. He also urged all Australians to reconsider any overseas travel – advising DFAT  had put into place a level three enactment regarding travel, suggesting only essential travel should proceed.

Morrison said the government was expressing an “abundance of caution” in order to act in the best interests of the nation.

Morrison said the government was scaling its response and said there was “absolute reason for calm”.

He said the government was responding proportionally to the challenges ahead.

“Right now there is no immediate threat – but it will scale in the weeks ahead,” said the PM.

“We will move to a position by Monday, where we will advise against organised non-essential gatherings of people. It does not include schools, public transports or things of these nature.”

The PM said the government would work towards a consistent approach right across the country and here was now early evidence of early transmission across the community.

“It’s not widespread –it’s still not a significant risk to the Australian community However, the chances of spreading the virus is accelerated by large events so as a result of numbers [of transmissions] increasing over the last week, it is time to take precautionary advance measures to limit incidents of transmission,” he said.

The PM said the government would continue to take a pragmatic and cautious approach and encouraged people to remain calm and work with advice at hand.

Morrison suggested further precautions would come in the coming months and weeks ahead.

The Australian Grand Prix in Melbourne was cancelled on Friday after the teams met on Thursday night and voted to not proceed with the season opener. A range of cultural events in the coming weeks and months.

Just 24 hours after launching its program, the Sydney Writers Festival, which kicks off on April 27, announced it was suspending ticket sales in light of the advice from the Chief Medical Officer.

Previous article 5 things you should know about tech today
Next article 35 of the most commonly asked questions about coronavirus, answered by experts
Via News & Analysis
Tags australian politicscoronavirusCOVID-19scott morrison