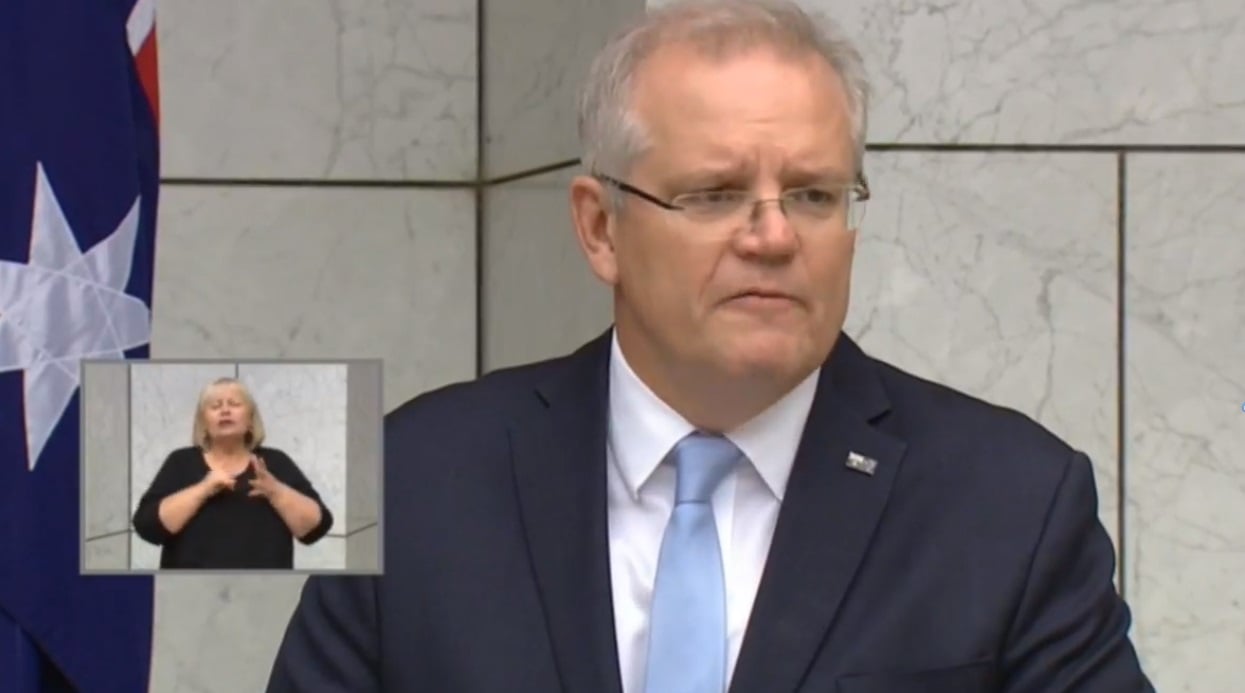 Australians returning from overseas will be put into quarantine for a fortnight in capital city hotels, with Australian Defence Forces sent in by the federal government to assist with ensuring people observe the quarantine measure to reduce the spread of coronavirus, Prime Minister Scott Morrison has announced.

The new laws come into effect from midnight on Saturday, March 30.

The ramping up of the self-isolation regime targets “our greatest area of concern” Morrison said, with overseas arrivals responsible for two-thirds of infections, and “as time goes on, the risk of Australians coming home from other countries actually increases”.

“States and territories will be quarantining all new arrivals in hotels and other accommodations for two weeks before they are able to return to their home,” Morrison said.

The PM said 7120 people arrived in Australia on Thursday – down from 48,000 12 months ago – and the armed forces will be there to support state and territory authorities.

“We will be turning out the Defence Forces to support compliance with these new arrangements,” he said.

“We will be supporting states and territories in enforcing existing isolation arrangements with ADF enforcing compliance checks to ensure we get compliance with self-isolation. If people are not compliant, a relevant law enforcement agency in that state will enforce the orders, but the ADF will be boots on the ground.”

Morrison said the nation was battling on two fronts.

The PM’s focus is on saving jobs.

“Every day someone is in a job is another day worth fighting for,” he said.

The Prime Minister also flagged plans to put the economy into “hibernation” to support small business as part of the government’s third economic stimulus plan, expected to be revealed on the weekend.

“Part of that plan that we will be announcing will be to seek to hibernate Australian businesses,” Morrison said.

“The idea is simple: there are businesses which will have to close their doors. They will have to keep them closed either because we have made it necessary for them to do so, or simply because there is just not the business to keep their doors open.

Responding to calls for a national lockdown, Morrison said that every day an Australian had a job was “worth fighting for” and he wasn’t going to prematurely shut down businesses, adding that “all the things that Australians are going to need” will remain open.

“We are looking to keep, as I said before, every service open that we possibly can.”

The PM said there could be greater variation in how far restrictions go in some parts of the country, versus others.

“I would encourage those where greater restrictions are not imposed, that is not in any way a suggestion that those jurisdictions are taking this any less seriously,” he said.

“It is just saying that we are there where the restrictions are relevant to whether they are, and other restrictions may be in a different situation so we are looking to build in that flexibility going forward.”

Mr Morrison said once restrictions are in place they may have to stay in place for months.

“Once these restrictions come into place, they stay in place, and they will be in place for some time, and we will all have to keep adapting, and as I said this week, the way people adapted gives great encouragement.”

States go it alone on schools

Another area where the Commonwealth is ceding ground to the states and territories to go their own way is on education, with the PM saying the way school are managed after the Easter holidays will look “vastly different” and there’s now a challenge to vaccinate children for the flu, which is normally a school program.

Attendance in NSW is down below 20%, but higher in South Australia and Tasmania.

“This will actually impact on how we’re rolling out the influenza vaccinations as well. We have put arrangements if place for those states and territories and they will sort that out on the ground. Some may have to work more through GPs and pharmacists, because the children won’t be at school,” he said.

Child care centres remain open, but also have low attendance and the Prime Minister says the National Cabinet is still finalising the government’s approach on the issue.

The Prime Minister sought to rally the nation, thanks Australians “for the great job you have done this week”.

“The next few weeks will be particularly vital and so we’re getting this together at a time when it is most necessary and your response this week has been simply awesome.”