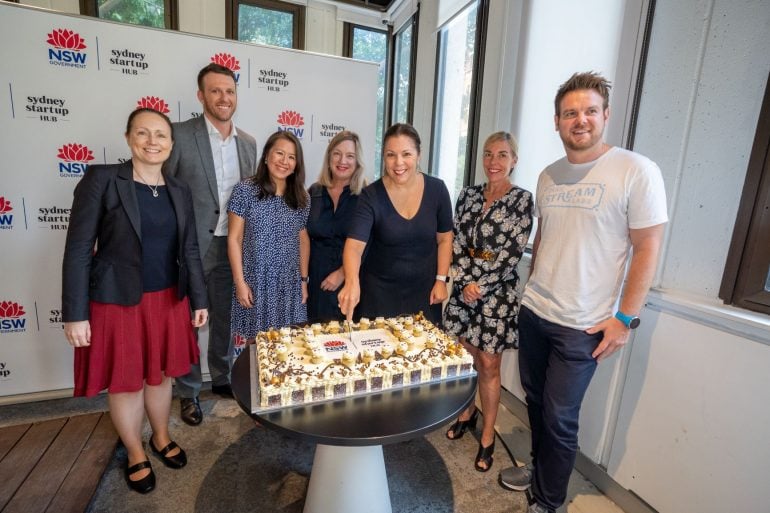 It’s home to accelerators and co-working spaces such as Fishburners, Stone & Chalk, Tank Stream Labs, The Studio and Antler Australia.

Spanning 17,000 square metres across 11 floors, the Sydney Startup Hub (SSH) is home to around 2,500 “residents” and thousands more through community and events spaces, collaborative workspaces and a Regional Landing Pad.

Looking back over the two years, Jobs, Investment, Tourism and Western Sydney minister Stuart Ayres said the SSH had helped create more than 1,000 jobs and attract more than $280 million in investment

“With nearly 500 startups and more than 1500 events conducted to date, the Sydney Startup Hub has become the place to be for startups in Australia,” he said.

“Over 40% of Australia’s startups are conceived in NSW and the Hub has helped establish Sydney as a startup leader in the Asia Pacific region.”

Antler Australia is the new kid on the block, having based itself within Tank Stream Labs just 12 months ago. It runs a six-month startup generator program, and has already launched two programs – one completed – involving more than 150 entrepreneurs and last year invested $1 million in the startups it helped produce.

Managing Partner Bede Moore said Antler’s cohorts were able to “access amazing facilities and events, and feel a part of a broader community” from the outset.

“The SSH is a great place for any ambitious person to meet and work with like-minded people, and build the next wave of tech startups,” he said.

Among the many success stories to emerge from the hub is AI phone interviewer startup Curious Thing.

Sam Zheng, CEO/co-founder is based at The Studio’s incubator said community plays a critical role in the success of any startup. 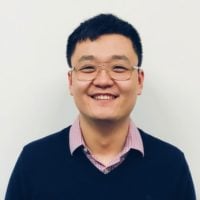 “The past one-and-a-half years of this journey has been incredible and have received a huge amount of assistance from The Studio and wider Sydney Startup Hub community,” he said.

“We have met like-minded founders, technology advisors and clients here. It has been a fantastic experience so far.”

Tarek Ayoub, co-founder and CEO of Cheq, which provides workers with access to their accrued wages on demand, is resident at Stone & Chalk.

Since his venture incorporated six months ago, Cheq has raised $1.7 million in seed funding with $150,000 coming from connections made from residents of SSH.

“Cheq has also partnered with a number of Startups from SSH to power its technology and provide additional resources to assist with product development,” he said.

“More than 600 people downloaded Cheq in the first 2 days of launching its Beta, with more than 2,500 people on the waitlist.”

Opensparkz is a founding resident of Stone and Chalk and the SSH and thus celebrating its second birthday too. The fintech, which redefined the next generation of loyalty and customer rewards programs named in the Red Herring Top 100 Startups in Asia and last year launched a rewards program in the Philippines involving more than 30 shopping malls and 10,000 merchants.

COO Deborah Taylor, who was named the 2019 Fintech Leader of the Year for the Financial Service Industry awards for women, as well as 2019 Innovator of the Year – Women in Payments, said the support the Sydney Startup Hub provided helped them move from startup to scale up.

“Essential to the ongoing success of OpenSparkz and in turn the Hub has been the consistent commitment to creating a best-in-class mentoring program,” she said.

“The assembly of industry mentors with relevant, proven experience has been a corner stone of OpenSparkz’s journey from start up to now scale up – globally.”

OpenSparkz has to date raised $3.5 million in equity funding and $700,000 in government grants.

“The hub provides the right conditions to enable the next generation of global Australian businesses, energised by innovation and creativity, and underpinned by new and emerging technologies which will drive the Australian economy,” she said.

The Studio’s focus is on media, design and communications technology and  is home to 150 residents, comprising 45 startups and scaleups that have collectively raised $41 million.

Alongside all the capital city action, Minister Stuart Ayres said the Regional Landing Pad has hosted more than 2600 bookings for regional entrepreneurs in 24 months.

For more on the Sydney Startup Hub, visit sydneystartuphub.com