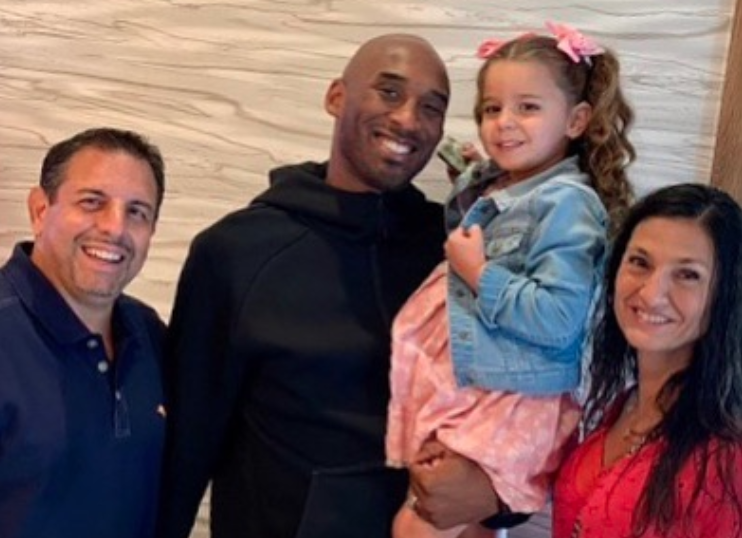 It’s Tuesday and we hope you enjoyed the long weekend. Here’s what’s been happening.

Retired LA Lakers superstar Kobe Bryant, 41, and his daughter, Gianna, 13, were killed in a helicopter crash in California on Sunday.

Among the millions shocked and saddened by the tragedy is the tech community, including Apple CEO Tim Cook, who the NBA champion would reportedly call for advice.

Devastated and heartbroken by the passing of Kobe Bryant. I admired his athletic prowess from afar and his humanity close up. He was an original. Our thoughts and prayers are with his family, friends and fans. RIP.

After retiring from basketball, Bryant ramped up the venture capital firm, BryantStibel & Co, he founded with brain scientist Jeff Stibel in 2013, launching a US$100 million fund in 2016 to back tech companies.

Perhaps his best investment was in 2014, when Kobe Inc. paid US$6 million for a 10% stake in sports drink venture Bodyarmor in 2014. With Coca-Cola taking a minority share of Bodyarmor in 2018, Byrant’s investment is now worth an estimated US$200 million.

And he wanted to be remembered for the next stage of his career as an investor as much as for being one of basketball’s greats, as he told CNBC in a 2016 interview.

Never stop learning, was his advice.

“If you really want to create something that lasts generations, you have to help inspire the next generation, right?” he said.

“We heard you. We did not get this right from the start. My apologies for that and I wanted to personally assure you of the path forward,” Sonos boss Patrick Spence wrote in an open letter last week following the backlash from the company announcing an end to software updates from May 2020 for its earliest products.

“We’ve now come to a point where some of the oldest products have been stretched to their technical limits in terms of memory and processing power,” Sonos said, offering a 30% discount to people who upgraded.

The end is nigh for original Zone Players, Connect, and Connect:Amp, first-gen Play:5, CR200, and Bridge. As Sonos concedes, 92% of its products are still in use today, and as the business got slammed for its perceived planned obsolescence and  environmental sins, everyone assumed their gear would turn to Infinity War dust, or rendered high-tech door stop.

“Rest assured that come May, when we end new software updates for our legacy products, they will continue to work as they do today. We are not bricking them, we are not forcing them into obsolescence, and we are not taking anything away,” Spence wrote, promising to keep them updated with bug fixes and security patches for as long as possible.

The Sonos CEO added “we heard you on the issue of legacy products and modern products not being able to coexist in your home” and they’re looking at how to split the system and so the old and the new work together.

“I hope that you’ll forgive our misstep, and let us earn back your trust,” Spence concludes.

“We’ll work harder than ever to earn your loyalty every single day.”

Broome, the remote Western Australian tourist town famed for pearls and sunset camel walks, is cracking down on Airbnb and other share economy ventures, issuing homeowners will notices saying they have until the end of the month to stop renting out their properties or face legal action.

The ABC reports that the town has around 200 Airbnb listings – with 160 in breach of regulations. Around 78 are empty houses and apartments, which is the main focus, because using them for short-stay accommodation is in breach of council rules. People renting out a room will need to apply for a bed and breakfast licence and comply with the laws that entails.

A local tourism body estimates “non-compliant Airbnb listings” are costing the sector $4.29 million in revenue. More on the issue here.

Business loans marketplace Introducer has landed $10,000 in funding from migrpreneur accelerator  Catalysr along with Driverli – think Tinder for finding a driving instructor. Both were in the 2019 cohort.

Introducer has more than 30 finance products from 20-plus business lenders and offers a short list of pre-approved loans.

Introducer CEO Don Hesh said: “We have some very exciting growth avenues on the horizon where we will be launching partner channels, white label solutions, and expand into New Zealand.”

The startup, which launched in 2018, has a loan concierge service offering SMS, web chat and email communications until 10pm weeknights.

Digital therapeutic, loop+ has raised $3 million, led by Yamaha Motor Ventures Laboratory Silicon Valley (YMVSV) in its first Australian investment. The Yamaha investment arm’s principal, Rebecca Woodcock, will join the board as part of the deal.

The funds will go towards installing the loop+ health tracker in 1,000 wheelchairs and ramp-up pilots with hospitals in the USA.

Hamilton’s sister and co-founder Clare Conroy has a son in a wheelchair and have developed remote monitoring and wearable sensor technologies to reduce the risks from the chronic health issues being in a wheelchair can cause.

“The cost of care each year in Australia alone is $7 billion. Wheelchair users see a clinician six times more than the average person each year and are desperate for ways to manage their own health,” Hamilton said.

“The simple act of tracking now makes the body of a wheelchair user visible and knowable. loop+ is a tool that shows what behaviours are putting stress on their body and empowers wheelchair users to make healthy choices to keep out of hospital.

“Through our trials with clinics in Australia and the US, clinical demand to purchase loop+ has been
overwhelming. We’re thrilled that this raise will enable us to manufacture loop+ at scale to give
everyday visibility for the full circle of care.”

BONUS ITEM: We’re a longtime fan of MLA’s lamb and, and this Cambridge Analytica spoof, urging people to spend less time online, and more out in the real world, is another good ‘un.

Home professional? Get matched to projects in your area with Houzz 22 Aug 2018
UBER for Business: Get $20 off the first ride for you and your staff*
Small Business Insurance
On the hunt for a great low rate home loan?
Have you booked travel insurance for your next trip?
Get 15% off your next business venture with Veromo