Technology won’t make everyone a billionaire, but it shouldn’t leave them poorer, either 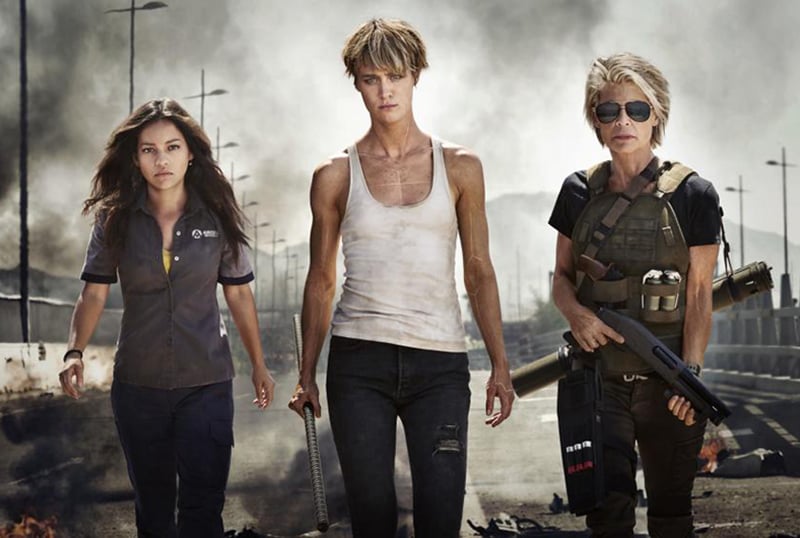 In this edited extract from their new new book, Innovation + Equality: How to Create a Future That Is More Star Trek Than Terminator (MIT Press)  Dr Andrew Leigh and Professor Joshua Gans, explore the choices to be made as technology changes our lives for both better and worse.

Across many countries, inequality is higher than it has been in generations. Societies are more technologically advanced than ever.

As the top 1 percent increases its share of the world’s wealth, advances in artificial intelligence are driving new breakthroughs in facial recognition, language translation, and abstract strategy games. While the earnings gap between highly educated workers and the unskilled widens, CRISPR technology lets scientists edit genomes.

For robot designers, data analysts, and medical researchers, it can be the best of times. To paraphrase technology entrepreneur Jerry Kaplan, theirs is a future represented by Star Trek—a world where technology’s benefits are widely shared. For someone with few skills, few assets, and no job, it can feel like the worst of times. Theirs is a future that can seem like the dystopian one of Terminator, after a self-aware artificial intelligence realizes that it no longer needs humanity.

Some people argue that inequality is the price we must pay for innovation. They say that we can’t all be billionaires. They assert that if we try to make society more equal by raising the top tax rate, it could deter risk taking and innovation. If we have to choose between having more stuff and distributing it fairly, they conclude that we should go for growth over equity.

We believe this is a false trade-off. Perhaps we can’t all be billionaires, but there’s no reason to be sanguine about rising inequality and falling mobility. The central argument of our book is that there are many ways that society can improve innovation and equality. This means we can have a bigger cake and slice it up more fairly. Indeed, when we overlook these ideas, we miss the chance to make society more entrepreneurial and more egalitarian.

Conveniences made possible by technology are changing the nature of jobs, and which jobs are done by people and which are done by machines. From Prime to Alexa, Amazon is constantly on the lookout for innovations that can entice you to shop with it rather than at a local store.

Amazon’s Part Finder lets you point your smartphone camera at a screw, bolt, or washer to figure out what to order online. McDonald’s is replacing human cashiers with digital-ordering kiosks. Pizza Hut stores in Japan and Singapore use Pepper the robot to take orders. In some clothing stores, smart cameras can scan your body shape to identify your size. It won’t be long before artificial intelligence can suggest accessories with more accuracy than a human staff member.

Car factories have more robots and fewer workers than ever before. Fully automated warehouses can replace packers with robots, saving space, energy (robots can work in the dark), and time. A joke imagines a factory in the future staffed by a person and a dog. The person’s job is to feed the dog. The dog’s job is to bite the human if they try to touch the machines.

We’re both unabashed geeks, with a love for new gadgets and gizmos. We’re excited by the potential of genetic medicine, 3-D printing, and virtual reality to make our lives healthier, more interesting, and longer than ever before. Just as technologies of the past have improved our lives, so too can the innovations to come.

But we’re also painfully aware of the risk that technology drives a wedge through our society. In a world where robots can do everything and wages fall to zero, the only thing that matters is who owns the assets. That’s a scary prospect for the one in five people whose wealth is already approximately zero. Even in more moderate scenarios, it’s likely that the earnings gap between university graduates and high school dropouts will continue to widen. That should be worrying for every teenager today who’s considering not finishing school.

The problem with many contemporary debates over innovation and equality is that these extreme positions—innovation benefits everyone versus equality hurts everyone—have come to dominate the discussion. But once we move away from the fringes, we find many policies that do not imply a trade-off. Once you examine the details of technological innovation and its impacts, there are a plethora of good policies that allow both more innovation and less inequality.

In our book, Innovation + Equality: How to Create a Future That Is More Star Trek Than Terminator, we argue that good policies are those that respect two fundamental facts about the process of innovation: creative destruction and unresolvable uncertainty.

Creative destruction means that technological change comes at a cost, and this cost should be shared by those who receive the benefits.

Unresolvable uncertainty means that policies should not be overly rigid and sector specific. Instead, we should think in insurance terms: how do we stimulate innovation while providing a buffer for those who disproportionately bear innovation’s costs? In other words, we must make redistribution smart.