Serial entrepreneur Simon Van der Molen says he always knew from a young age that he had a mission to achieve in life.

“It just took many years for me to work out exactly what that would be,” he smiles.

Today Van der Molen (pictured above) is the founder of Moving Mountains, a globally successful plant-based burger empire worth over $180 million that he bootstrapped at a time when plant-based protein was not the trend it is today.

A long-time eco-warrior, (his first startup was in eco-cleaning products ) Van der Molen says he was inspired to launch Moving Mountains as he wanted to be a part of a business that made an impact. The brand’s name reveals his ultimate dream.

“Moving Mountains is a metaphor for achieving the unimaginable, that’s our goal in terms of quality of our products and the effect they will have on intensive farming,” he says.

His aim is to develop a global business that can make real and long-lasting positive change and disrupt the animal agriculture food industry.

“The ambition for Moving Mountains is to provide a real solution for food that is sustainable and doesn’t compromise on taste, therefore providing a viable alternative for flexitarians, vegans/vegetarians and even traditional meat-eaters,” he says. 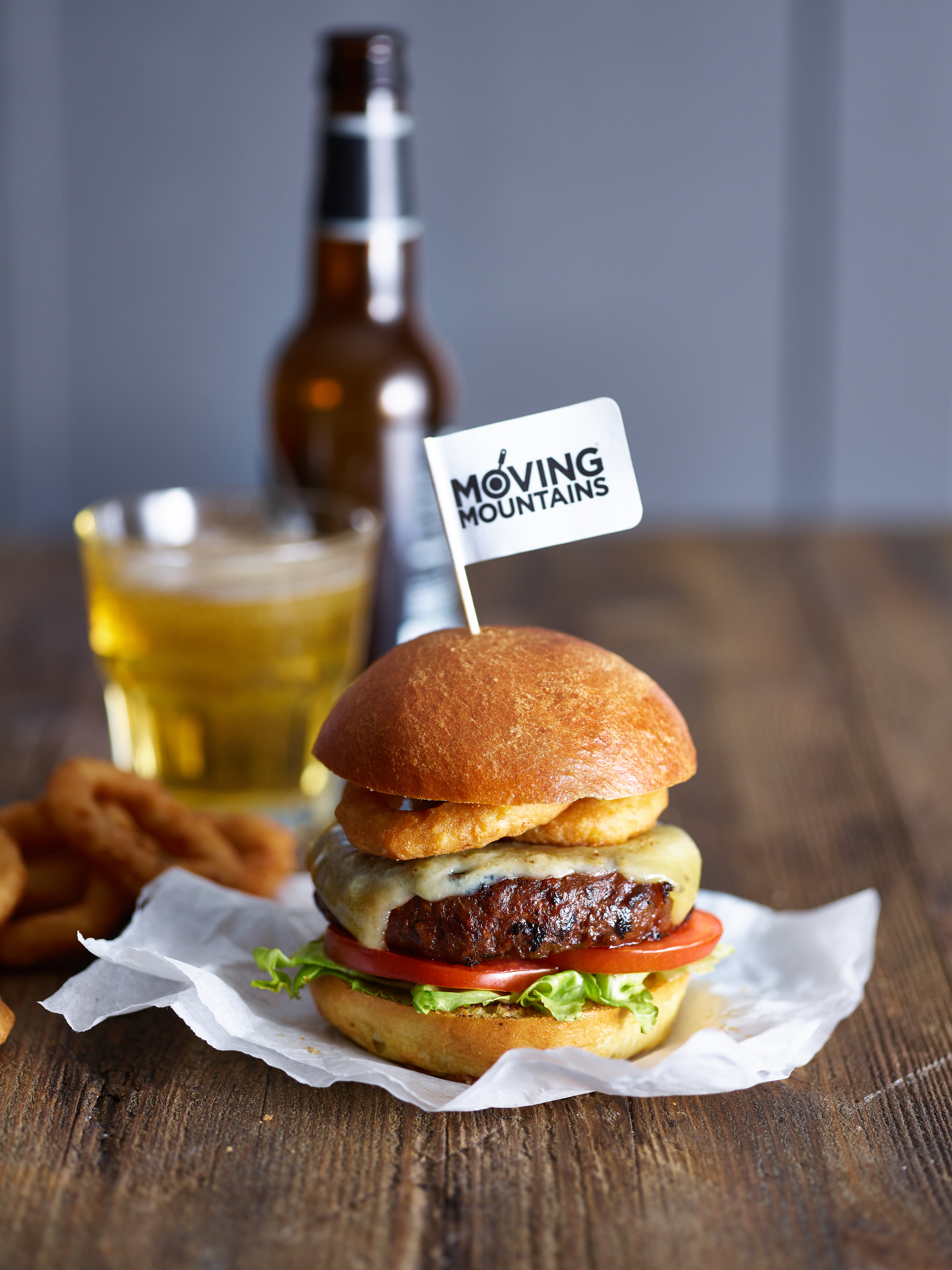 “Our mission is to bring real, radical change to people’s everyday diets by offering plant-based meat that requires less land, less water, and produces fewer greenhouse emissions than animal meat. This idea and the lack of real tasty meat alternatives on the market hatched the idea for Moving Mountains,” he explains.

For Van Der Molen purpose is extremely important to his business.

“It centres our decision making, fuels our innovation and inspires everyone at Moving Mountains to get up each day and come to work as we know that we are making a real impact on the health of the planet.”

Van der Molen is not alone in this vision,  The Economist and Forbes both declared 2019 as the year of the vegan. In the US almost 25% of Americans aged between 24-35 are vegans, in Australia the trend is similar. The figures show an increasing trend away from a meat-based diet. Van der Molen believes today’s consumers are becoming more passionate about the need to be ethical and sustainable and meat reduction is part of this strategy.

“People are actively looking to reduce their meat consumption for a number of reasons. It could be for health, it could be for environmental purposes – and no one can deny that social media has helped raise awareness of the damage that humans are inflicting on the Planet through animal agriculture – or, it could be for ethics. What we’re doing is providing a solution that looks like meat, tastes like meat and smells like meat.”

Van der Molen says in the early day, no one wanted to know about plant-based meat. But he remained undeterred from his mission.

“We stayed on course and continued to press ahead. We believed that the market would cotton on but only when plant-based meat could be viewed as a real substitute to traditional meat in taste, smell and texture. We believe we have achieved this,”  he says.

Now Van der Molen has brought his plant-based products to Australia with major supermarket chain Woolworths signing up as the exclusive distributor. He says expanding to Australia was always in the game plan.

“Growth of plant-based meats in Australia is among the highest in the World. To launch here is extremely important to our global brand strategy. While he acknowledges there are a lot of competitors in the plant-based meat alternative space – he believes Moving Mountains stand out from the rest.

“Our products are less processed than most. Large amounts of mushrooms in our burger and sunflowers seeds in our hotdog. The competition in plant-based meat is nothing when compared to animal meat so there is still a lot of growth to come.”

He encourages anyone yet to try a meat alternative to give Moving Mountains a go, if only for the good of the planet.

“The planet cannot sustain a population of 9 billion while continuing to use archaic methods of food production, such as using animals for food. Three years to make 1000kg of beef is totally ridiculous,” he exclaims.