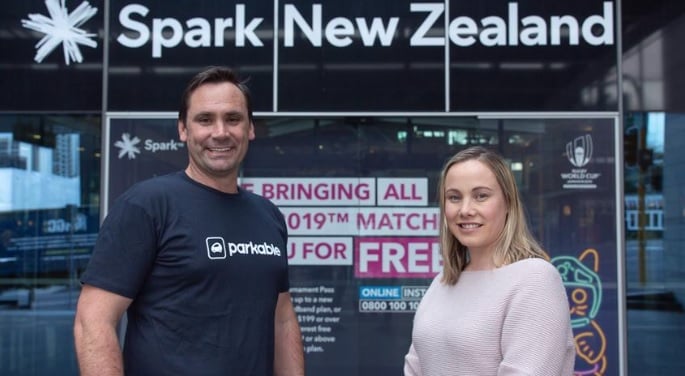 Auckland-based parking app Parkable has raised NZ$4.6 million in a Series A round, valuing the business at NZ$36 million.

Parkable, which began as idea to rent local driveways out near Eden Park stadium to spectators, will use the funds to expand across New Zealand, develop further in Australia and China, and explore new international markets.

Parkable recently announced a joint venture in China and in February acquired Brisbane-based Park Genie, now rebranded under Parkable platform. The startup operates in three Australian cities as well as in Shanghai.

Parkable co-founder and CEO Toby Littin, said he believes the business product is the best corporate parking optimisation solution in the world.

“We want to push that very hard now, both in our existing markets in New Zealand, Australia and China, and in new markets where we know there is increasing parking scarcity,” he said.

“We also look forward to being part of Spark’s solution for corporate and small and medium-sized businesses, and to have access to their wisdom and experience for the benefit of our team and customers,” he said.

Spark Future of Connectivity Lead, Renee Mataparae, said Parkable was a strategic investment because her company sees parking as a key vertical in its IoT segment.

“The Parkable platform offers a unique value proposition in this space for our customers across many industries,” she said.

“It truly demonstrates one of the early use-cases for IoT technology – providing a valuable service for consumers and businesses alike and allowing for better asset utilisation.”

Previous article FATHER’S DAY: 10 founders & CEOs on the best advice from their dads
Next article Marketing is not magic: the real secret to the global growth of fintech unicorn TransferWise
Via News & Analysis
Tags capital raisenew zealandparkable