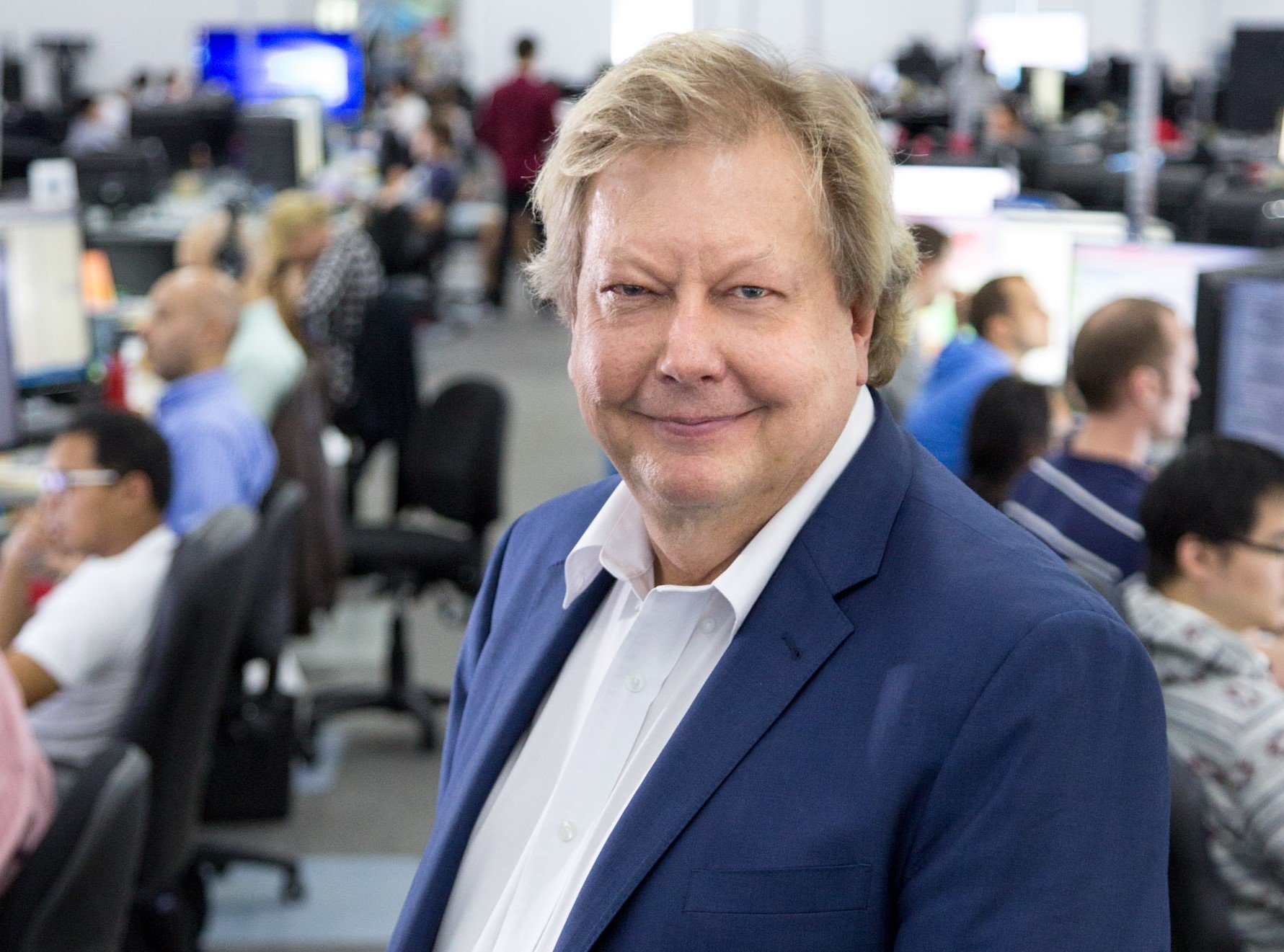 WiseTech Global shares soared nearly 10% to $30.26 this morning after the logistics software startup topped its own forecasts and announced a 57% increase in revenue to $348.3 million in FY19.

“In expanding geographically, we buy into market positions that would take years to build, and we then integrate the acquired industry and developer talent and customers over time to accelerate our organic growth,” White said.

“We further utilise acquisitions in key adjacent technologies to facilitate our development of globally scalable innovations, to fuel the convergence of technologies that add to our next generation of automations and machine learning and to grow and enhance our extensive global data and transaction sets.”

Wisetech’s earnings before before interest, tax, depreciation and amortisation (EBITDA) were up 39% to $108.1 million. EBITDA overall has more than doubled since FY17 while our EBITDA margin (excluding acquisitions, but including M&A costs) was 48%.

Net profit after tax increased 33% to $54.1 million. The company declared a final dividend of 1.95 cents per share.

The Sydney-based venture, marking 25 years in business this year, has focused on cloud-based software solutions for the international and domestic logistics industries, and is now valued at $8.8 billion. 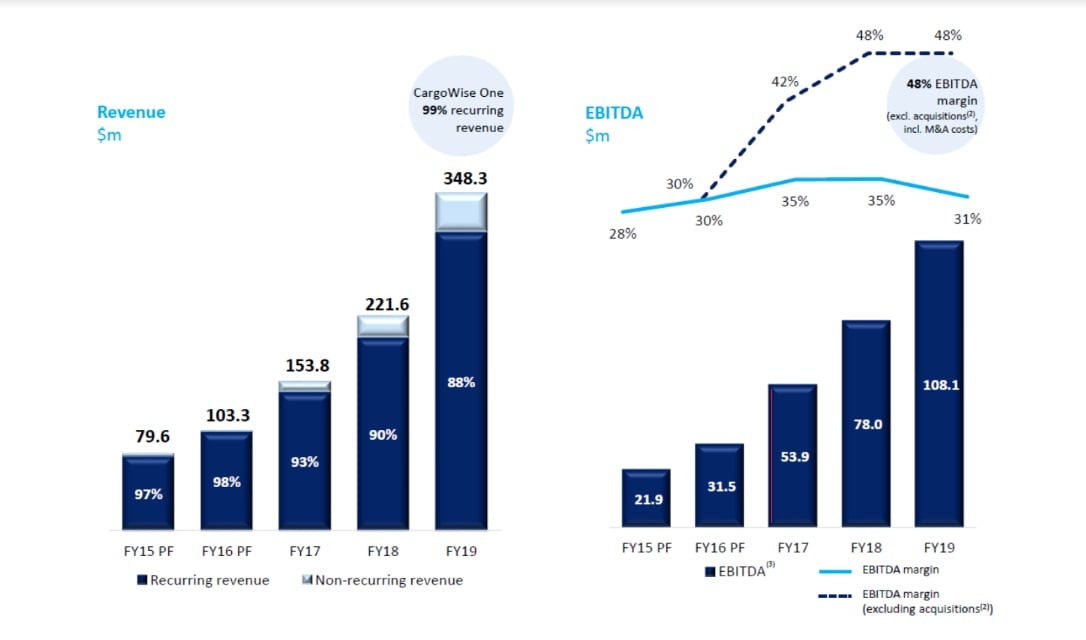 Wisetech software is now used by more than 12,000 logistics organisations in 150 countries. All of the top 25 global freight Forwarders are now customers – and 43 of the top 50 third party logistics providers – but the company says global penetration “is still in the early stage with significant runway for years to come”.
Richard White said the results announced to the ASX today were “a reflection of our strategy to accelerate WiseTech’s global growth and industry penetration, driven by geographic expansion, relentless innovation and deepening product capability, all of which saw usage by the world’s largest logistics providers increase”.

White said the acquisition of strategic assets in new geographies and adjacent technologies will accelerate our future growth.

The company’s lead product is the CargoWise One technology platform, which saw revenues increase by a third ($54.5m), year-on-year.

White said the business invested $113 million in product development, with nearly half the company’s team involved in those projects, which included 830 product enhancements and upgrades.

Machine learning, natural language processing, process automation and guided decision support have been key areas of focus. The capabilities of development teams in 36 countries are being accelerated. Wisetech has offices in 40 locations globally.

Unpicking the Gordian knot in logistics

“With the addressable market in technology for global logistics in the hundreds of billions and the spend on digital transformation hundreds of millions more again, we are moving fast to leverage our lead,” the CEO said.

“Expanding out from our stronghold of international logistics and complex cross-border compliance, we are deepening our reach across the supply chain and putting in place the key technologies and assets to build out powerful ecosystems.”

White said “the pain points for operators worldwide are cycling up faster” creating a “Gordian knot” for supply chains that benefits WiseTech.

They include “increasing regulation, tariffs and taxes, trade wars, capital constraints, economic changes, the tsunami of ecommerce volumes and margin pressures to name just a few, all of which create ever stronger tailwinds for greater adoption and use of CargoWise One,” he said.

“With our global reach, we see into the world’s supply chains at a breadth and depth that allow us to identify and build large global data sets and transaction execution capabilities. We have established the development capacity, geographic footprint and global integrated platform, which together give us a strong foundation to build the critical cargo chain, border compliance and ecommerce ecosystems.”

White said: “the opportunity available to us is vast and while our growth rates to date have been strong our penetration of both customers and addressable markets is still in the early stages. We are moving swiftly with determination to build upon our lead.”