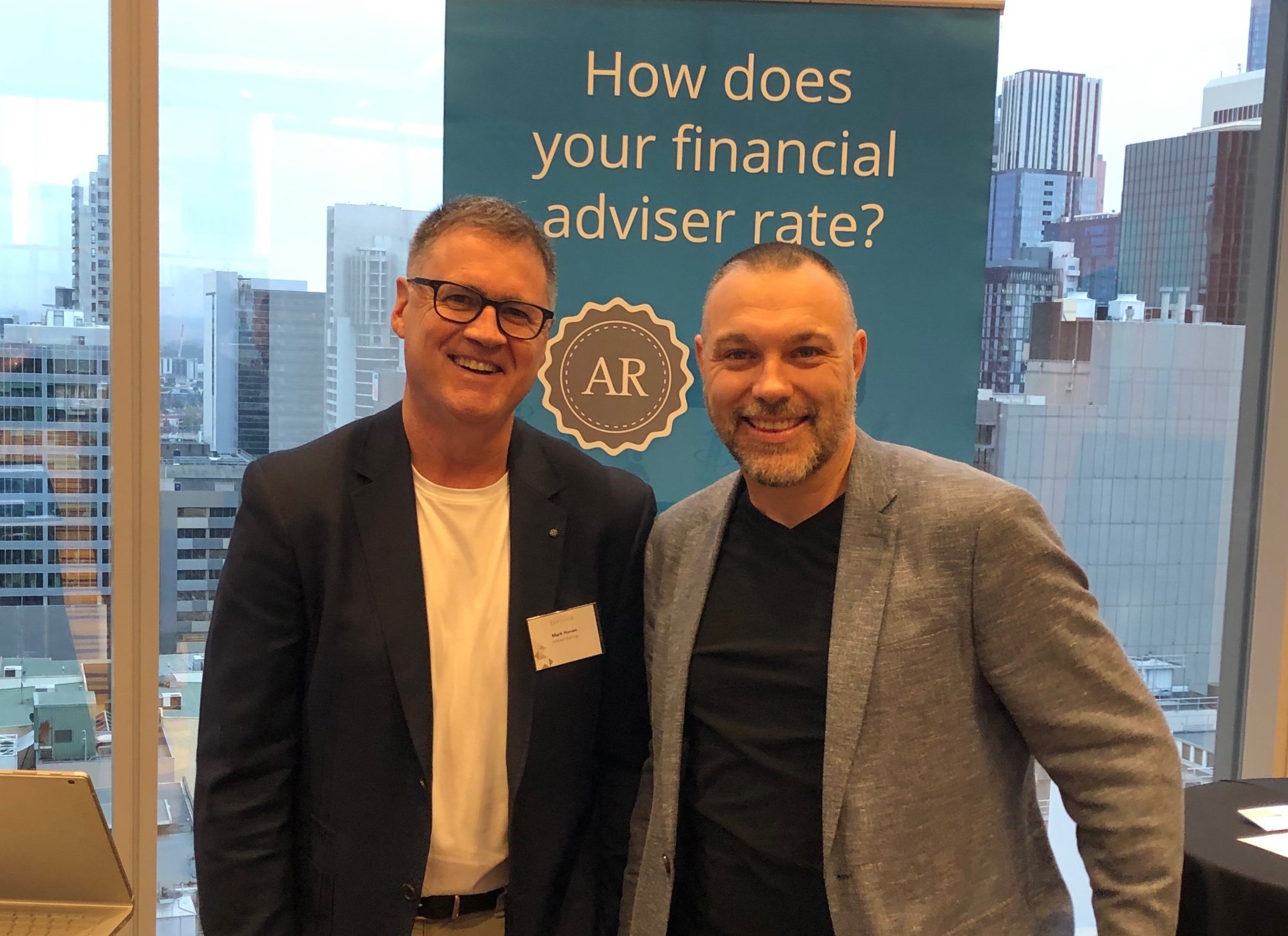 Sydney-based independent financial advice rating and data startup Adviser Ratings has turned to crowdfunding as it seeks to respond the banking royal commission’s findings into conflicts of interest in the sector.

The Series A raise through equity crowdfunding platform Birchal launched publicly yesterday and is seeking $1.5 million at $28.10 a share, with a pre-money valuation of  around $11 million. The business has already raised $1 million from existing shareholders.

The campaign it had already surpassed the $350,000 minimum raise with a fortnight to go, having gone public on Thursday. At lunchtime Friday it sat at more than $392,000 from 84 investors.

The minimum individual investment is $500 with a maximum of $10,000 for retail investors.

Their frustration with a lack of transparency in the advisory industry, led them to start Adviser Ratings in 2014. Since then the team has engaged more than 5,000 financial advisers on the platform and attracted around 20,000 reviews.

Woods, the managing director, said the rating and review business was driven by our community of consumers and advisers, and he wanted to offer them the chance to be part of the business.

“The crowd funding opportunity allows those that use us and benefit from our products to invest in us, making them a closer part of the family,” he said.

“Pleasingly, the demand for this raise has been strong with our minimum target of $350,000 achieved in the first four days.”

Birchal Co-founder Matt Vitale said 65% of investors backing the startup during the private phase of the raise have been financial advisers and it’s been one of the fastest to hit its minimum target.

“We think this is a brilliant case study of how crowd-sourced funding can be used to marshal support around a core industry issue,” Vitale said.

Adviser Ratings currently generates around $1 million in revenue, and Woods, managing director, says the business is forecasting revenue in excess of $3 million in FY20.

There are now more than 28,000 financial advisers on the platform so consumers can browse and search for an advisers. The venture has evolved into a data and ratings company providing compliance and distribution services to the wealth management industry including advice licensees, super funds, life insurers, fund managers, investment platforms and software providers.

With nearly one in 10 Australians – 2.3 million – turning to financial advisers for advice, Woods believes his startup’s data-driven approach an independent and trusted marketplace for financial advice is even more relevant now in the wake of the Royal Commission’s findings.

“Our business is well positioned to help elevate this industry towards becoming a profession that the community trusts and respects, while at the same time reducing costs where Hayne and other regulations have increased costs or removed revenue streams,” he said.

“The launch of our crowdfund campaign will give every adviser in Australia an opportunity to participate in not only the ongoing success of Adviser Ratings, but to benefit the industry in general.”

Next up, Adviser Ratings plans to launch an Adviser Marketplace to improve transparency and counterparty risk management between advisers and wealth sector vendors.

The Adviser Marketplace will “provide a unified perspective on all relevant service providers to the wealth management industry” Woods says.

It will complement the consumer-focussed Licensee Ratings, which is is currently being developed in joint venture with UNSW.

Woods said it “will apply a consistent and transparent methodology to assess whether licensees are creating and nurturing a culture and operating environment that allows financial advisers to deliver high-quality professional advice in the best interests of their customers”.

The $1.5 million Birchal raise will go towards funding Adviser Marketplace and Licensee Ratings.

Previous article After 17 years as a recruiter, I realised I’d got it wrong in my own business – here’s what I changed
Next article Here’s why innovation in small business will be one of Australia’s biggest economic drivers
Via News & Analysis
Tags Adviser Ratingsbirchalequity crowdfundingfinancial advice