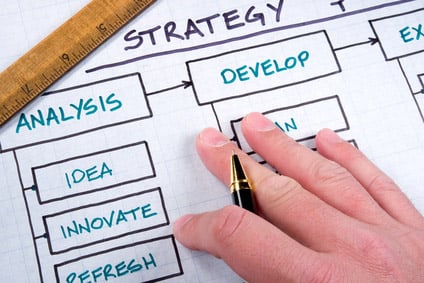 With the federal election on our doorstep, and both major parties appealing to voter concerns around household budgets – childcare, utility bill handouts, and income tax cuts in particular – many startups and SMEs are feeling left out of the conversation.

This has prompted a lot of thought in the startup community, and has put many ideals around policies that affect Australia’s startup future in the spotlight.

Think & Grow act as growth partners to highly scalable businesses, so we spend a lot of time on the ground with startups and SMEs and it’s prompted us to ask the question – what do these Australian communities want to see from the next federal government?

An introduction of a matched funding scheme for startups

Startup funding is never easy, and many startups – early stage or not – need all the help they can get.

Either way, more funding incentives need to be introduced to drive growth in the startup sector.

Greater incentives for research and development (R&D) in Australia

The upcoming federal government needs to introduce greater incentives – tax related or otherwise – to support startups and SMEs in research and development, particularly after the recent R&D fiasco where tax incentives were thrown into uncertain territory. Australia is already behind the OECD (Organisation for Economic Co-operation and Development) average in terms of total R&D spend, so it’s definitely an area that needs to be incentivised – or at least stabilised – for Australia to stay in, if not ahead of, the game.

Despite a few forays into supporting Australia’s startups and SMEs, it would be great to see increased support from Australia’s future fund in the startup space.

Supporting the work of local startups and SMEs means a great deal for Australia’s future economic success – the greater the support, the more likely we see these great startups grow and translate into stronger commercial and job growth. It’s not only beneficial for the startups involved, but vital for the broader future of Australia’s economy.

While most university courses include some sort of work placement, the federal government should be doing more testing and piloting to create better connections between up-and-coming talent and industry – particularly in the tech sector – via mandatory internships.

This would have the two-fold benefit of providing students with real-world, practical experience, and tech companies would have an easier time finding and hiring skilled entry-level talent.

The Global Talent Scheme (GTS) launched an initial pilot in July 2018, and allowed Australian companies who couldn’t fill highly-skilled niche positions with suitable candidates the option of sponsoring overseas workers for those roles.

It sounds great in theory, but has very tight restrictions – companies are only eligible for this incentive if they’re offering positions that will create or provide additional opportunities for Australian citizens.

This is a guideline that’s hard to prove, especially for time-and-resource poor startups who need skilled workers on the ground and working fast, so the next federal government needs to revise and expand the program to make it truly beneficial – and more accommodating – for Australian startups and SMEs.