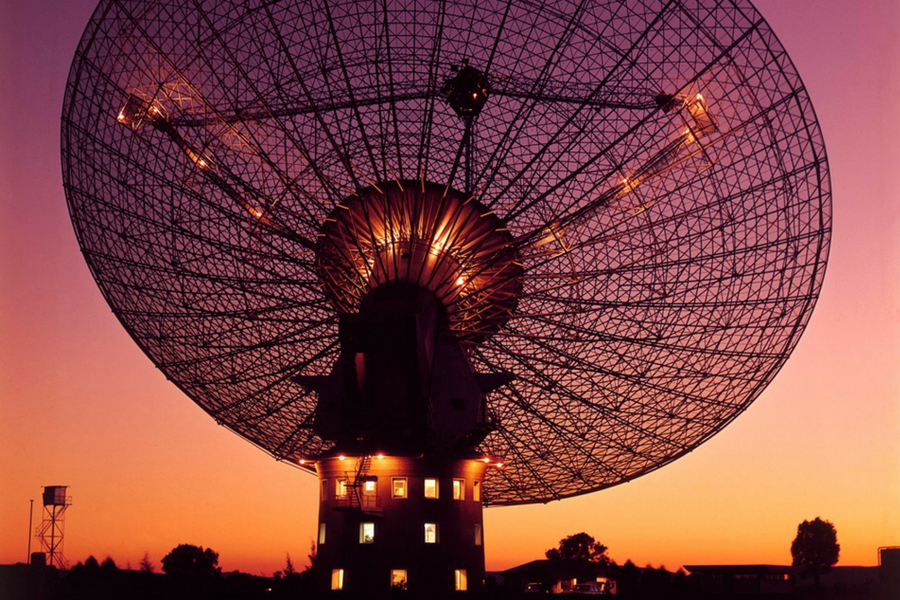 Startup and tech directory Techboard, released its March 2019 quarterly funding report today and despite more than $1 billion being raised in more than 150 funding deals in the first three months of the year, the longer-term trends suggest the cash-hungry sector’s well is slowly drying up, even with around two-thirds of the money coming from overseas investors.

Techboard CEO and co-founder Peter van Bruchem said that despite $2.6 billion being spent on deals in the quarter (CBA’s co-acquisition of PEXA – Property Exchange Australia Ltd – accounted for $1.6 bn of that figure), the number of private investment deals plummeted in early 2019, down by two-thirds to 60 this quarter, from the quarterly average for 2017/18 of 97.

He believes the longer-term trend shows things are tightening, as these five charts from the Techboard March 2019 quarterly report reveal.

The private sector remains the key source of funding, with debt falling once again after a dramatic jump in the December 2018 quarter 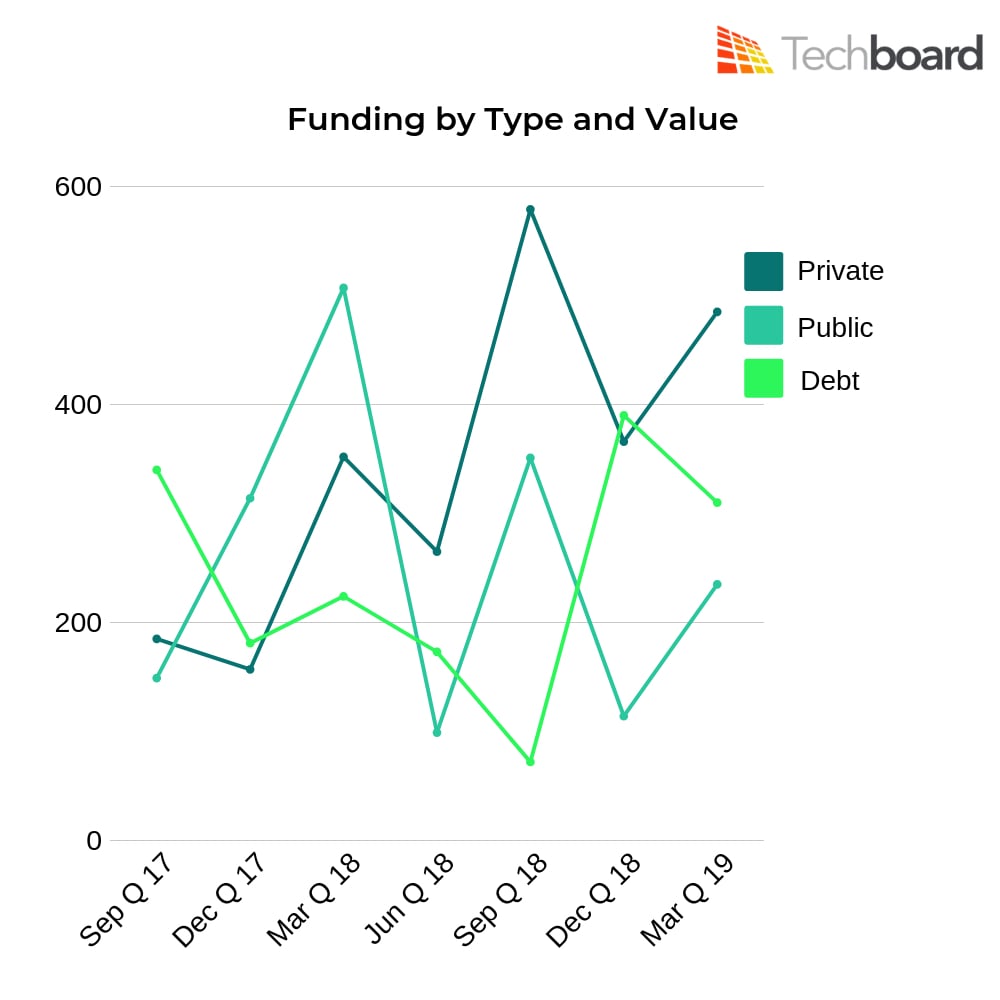 Public companies such as Amaysim ($50.6m); ZipCo ($42.8m) used placements to raise cash this quarter, but there were fewer IPOs to start the year 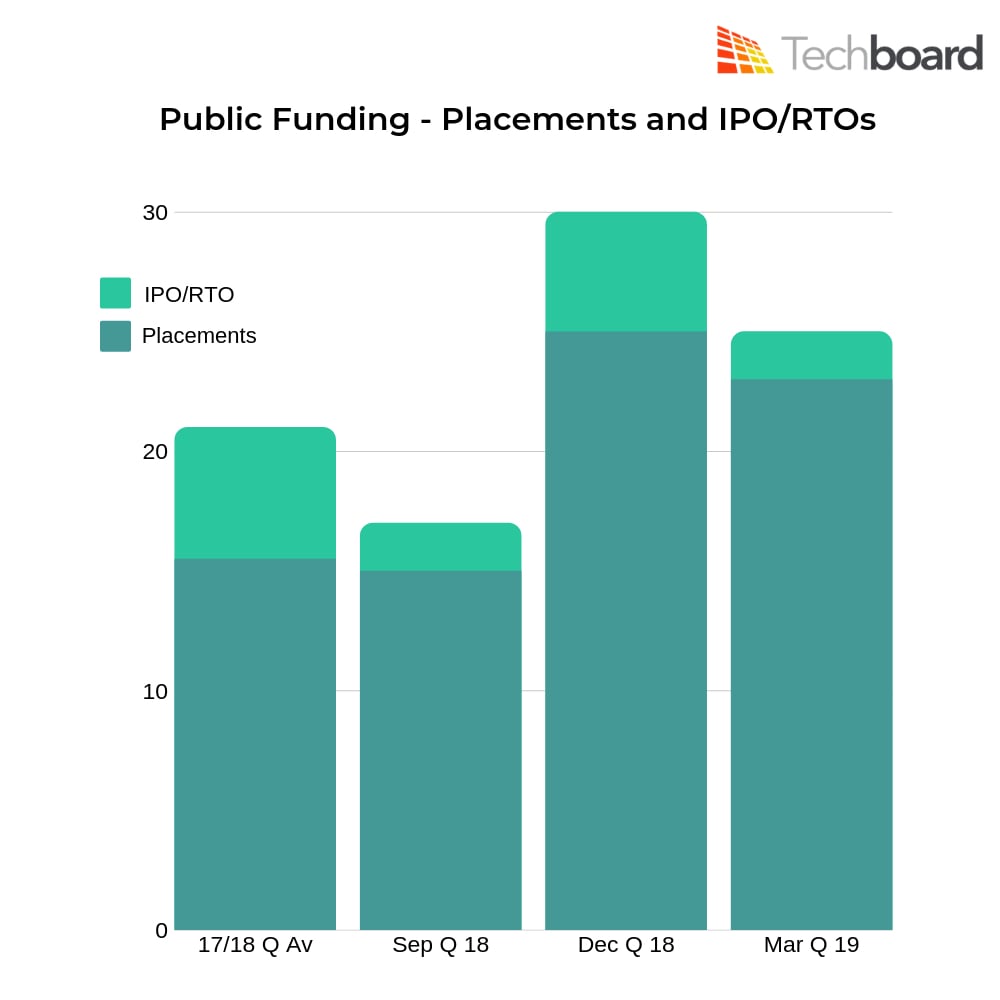 The number of deal funded publicly remains above the FY18 average, but has fallen in the first quarter of 2019, although deals over $20 million staged a comeback this quarter. 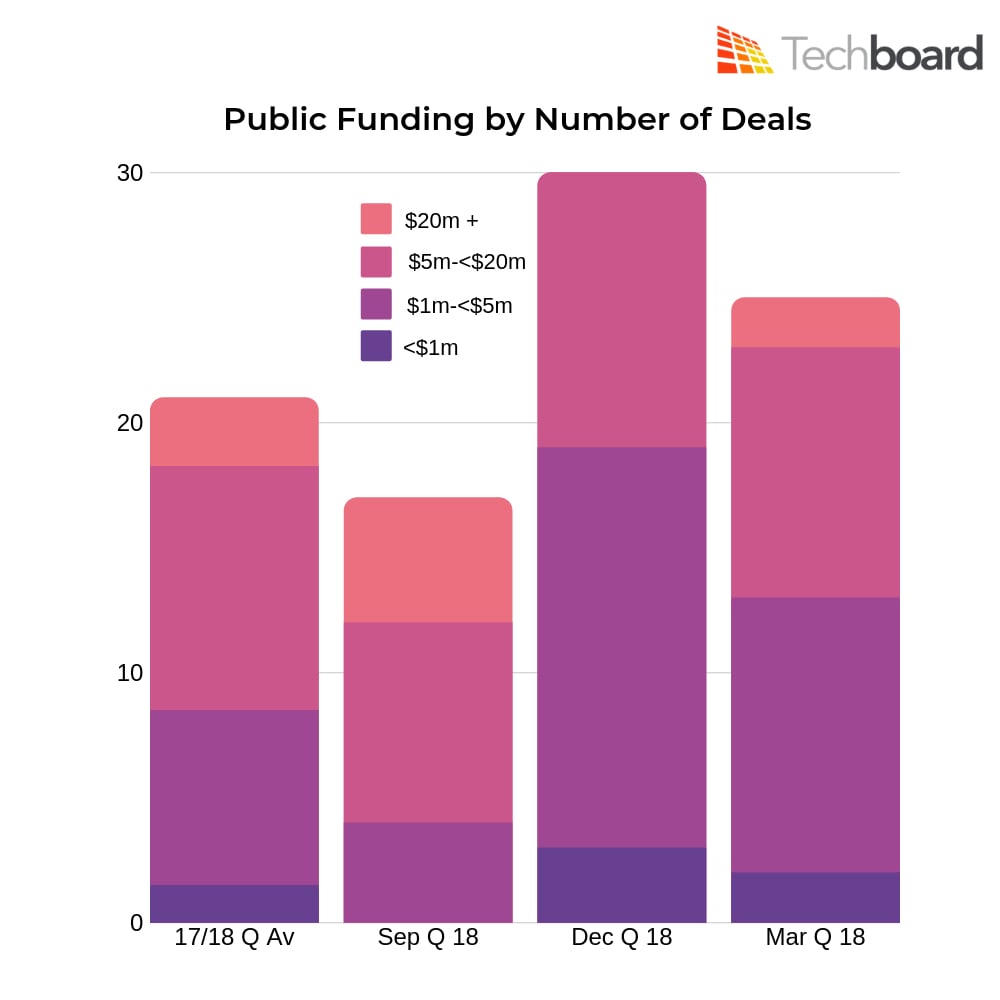 While private funding continues to grow, it’s at a greatly reduced rate over the financial year 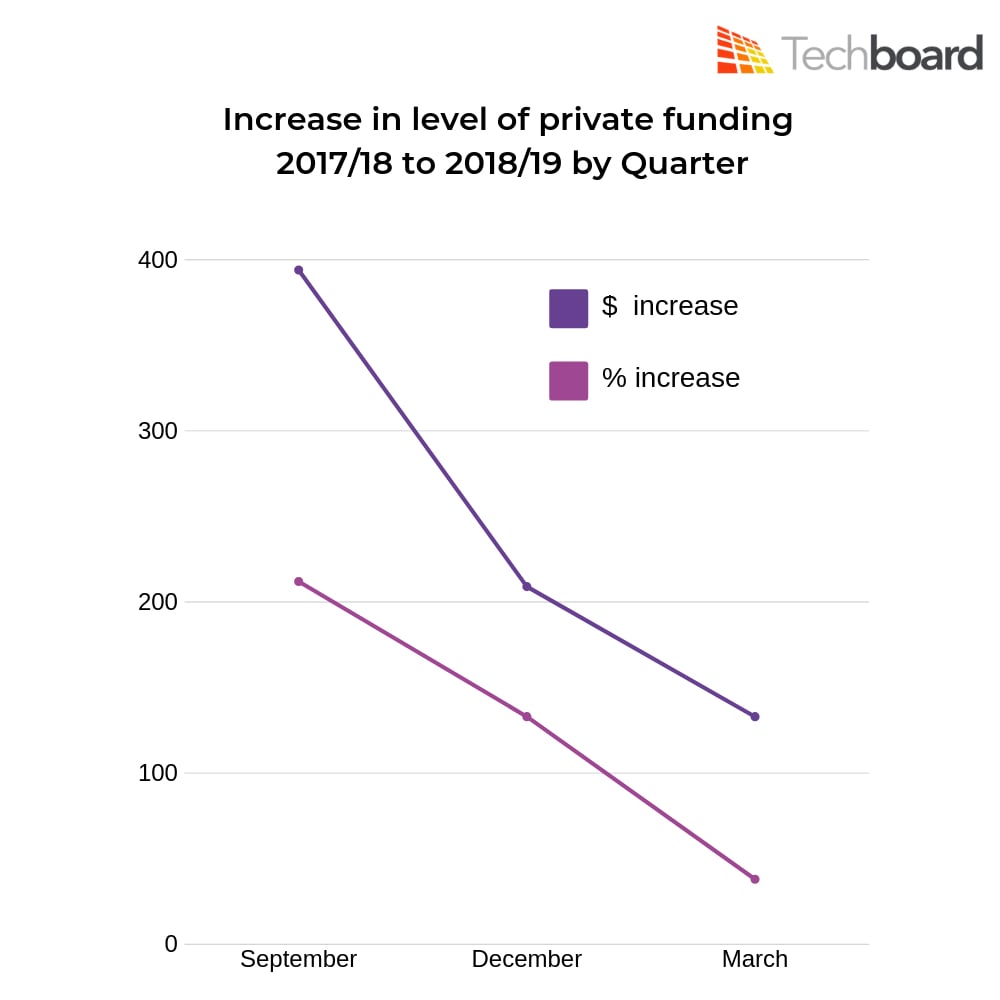 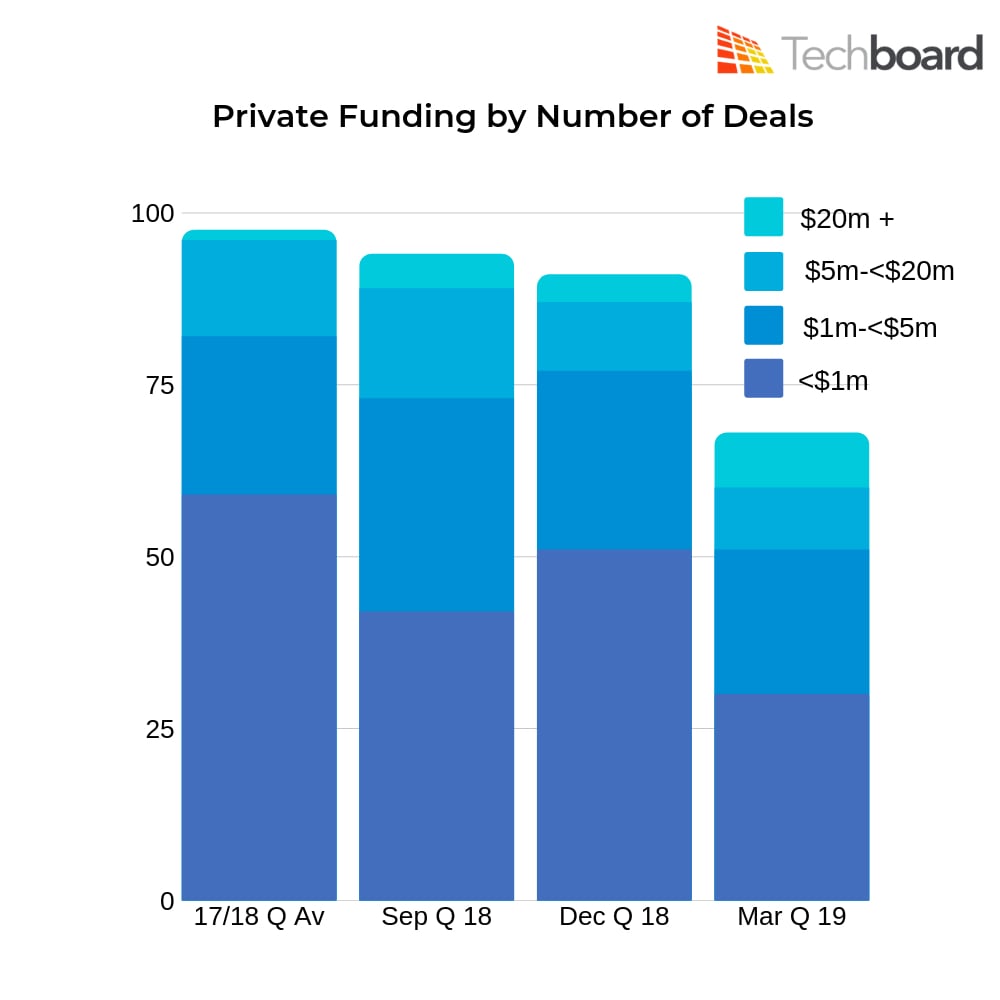 ALSO READ: Funding for Australian startups just had a bumper start to 2019, but things are starting to look tougher

AND: 20 key facts about the state of startup funding in Australia in 2019