School Bytes is taking the pain out of office admin 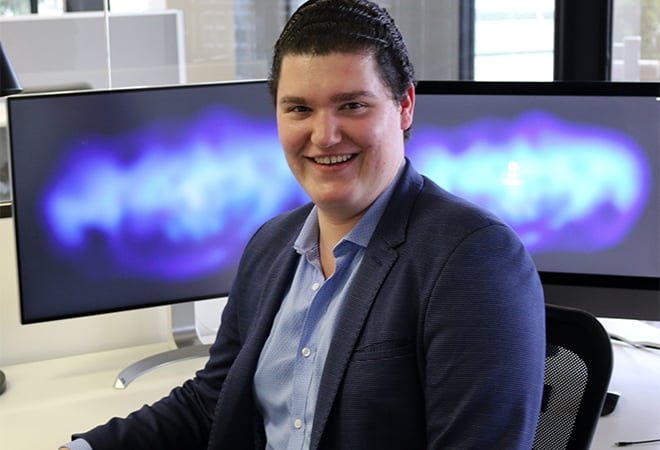 Young entrepreneur Blake Garrett has set about eliminating a pain point that will be dear to the heart of many a school principal. Garrett is the founder of School Bytes, a comprehensive cloud-based school management platform which allows a school’s front office staff to streamline their admin and operational processes.

They say necessity is the mother of invention, and with School Bytes, Garrett saw a need and jumped to fill it

The founder originally developed the School Bytes program whilst a student pursuing his HSC at Chatswood High School. His platform has now been adopted by 326 New South Wales government schools.

“I was in the school office one day and there were 1000 pieces of paper on the desk and envelops and I said to the staff ‘what are you doing?” Garrett recalls.

“They said, ‘It’s all the school’s statements. We have to stuff the envelopes and mail them out to all the parents.’ I was stunned. I said, ‘Are you the only school that does this?’ And they said, ‘No, it’s schools all over the state’.

“To top it off they said they had to do it once or twice a term and once they sent out the statements there was no way to receive payments. Parents were returning cash – which staff had to collate and handle.

“I thought surely, we can do something better. So I built something that allowed the school to send out notes to parents via email, allowed them to pay immediately online through a portal and was really responsive.”

Garrett’s program proved a huge success. “Chatswood High sent it out and received a ridiculous amount of money overnight!” he laughs.

He began to think about how he could optimise his platform, developing options for split payments, flexible payment options and voluntary contributions.  It wasn’t too long before a second school came calling.

“Artarmon High School contacted me – they’d heard about the system from the Chatswood principal. And they said ‘we’re happy to pay for it’.”

Garrett tells Startup Daily everything snowballed from there.  He ditched his prototype and developed School Bytes in its entirety. Schools began clamouring to get access.

“The system can be set up in under 30 seconds. It’s tied into the Department’s infrastructure and we are launching around two new schools a day,” he says.

Support for the program has been unanimous amongst its early adopters.

“Everyone has the same pain point. It allows office staff to reallocate their time to do work that is of more benefit,” says Garrett.

To date his smallest school numbers just 40 students, while the largest has 1000s.

“All the info is synced to AWS cloud keeping everyone’s data secure.”

He says having AWS support has been integral to the growth of School Bytes.

“One of the biggest benefits has been the ability to scale our system to a large number of schools without significant investment in our infrastructure, meaning we can focus on the solutions and our customers,” Garrett says.

“These EdTech startups are pushing boundaries to improve the al environment for teachers, students, and parents alike,” said Quah. “AWS EdStart helps entrepreneurs with great ideas to gain fast access to AWS services so they can build solutions quickly to solve real-world challenges.

Learn more about AWS EdStart and apply to be a part of EdStart here.