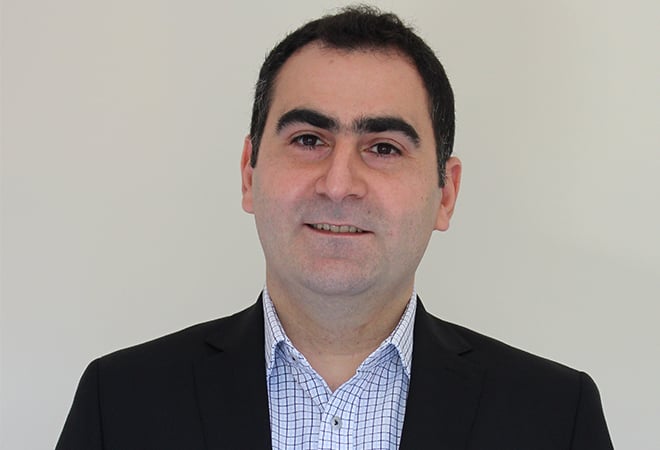 One founder addressing the issue of digital wellbeing is AWS EdStart participant Greg Margossian. A father of one, Margossian is the originator of Assure, an EdTech software company that offers a cyber welfare solution for schools.

Assure works with existing firewalls and allows schools to detect, monitor and report unusual behaviour online. It protects students from Internet threats such as cyber-bullying, online predators and inappropriate content.

Margossian developed Saasyan Assure after seeing a need in the school community. He believes the notion of being a ‘good digital citizen” will become imperative in years to come. He suggests that his software not only assists schools in protecting the welfare of their students but also promotes this idea of being a good digital citizen.  Margossian tells Startup Daily he’s worked closely with local schools to develop his platform and touts the benefits of its ‘pastoral care’. Although he laughingly admits he didn’t know what the term was until he started working in the school space.

He says the beauty of the platform is its ability to spot harbingers of troublesome behaviour, which once identified can then be addressed by teachers and the school.

“We introduced features that allow schools to identify students at risk – it gives the schools visibility and adds a more human layer.”

If your child’s school had Saasyan Assure installed, they’d be protected from it. Margossian is quick to point out that his program offers very specific targeted protection.

“So, you don’t miss out on good things on the internet. At the same time, you are not exposing children to bad things or things that waste time.”

The founder says schools have embraced the tech as have their students.

“It’s all about encouraging the students to be good digital citizens. If they understand why the school is doing it – it’s all about the cause and effect. Especially when you point out to them that if you have a bad digital footprint, that will remain forever and could impact on your prospects in the future.”

The Australian Government’s Office of the eSafety Commissioner reported one in five Australian children had been threatened or abused online in the 12 months to June 2017. Of that abuse, an overwhelming amount was attributed to peer-to-peer conflict.

Margossian says Saasyan Assure’s AI allows him to expose legitimate concerns for schools that will allow them to better protect their students.

With its ability to raise red flags and alert schools of risky behaviour, it seems Saasyan Assure has launched at just the right time.

Saasyan Assure is one of several EdTech startups to received support from AWS EdStart. Learn more about AWS EdStart and apply to be a part of EdStart here.

Previous article Legal essentials: Is it time to clean up your startup?
Next article School Bytes is taking the pain out of office admin
Via Profiles
Tags awsAWS EdtstartEdTechGreg MargossianSaasyan Assure