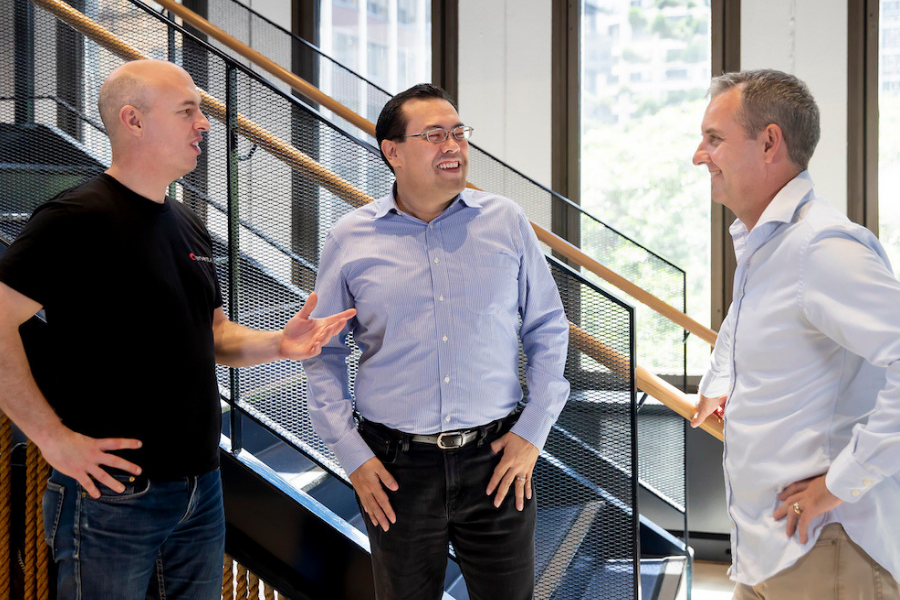 Secure data exchange startup Data Republic has raised $22 million in a Series B round led by Singtel Innov8, with participation from investors including Singapore Airlines and existing backers Qualgro, ANZ, Reinventure, and Ryder Innovation Fund.

Founded in 2014 by Paul McCarney and Danny Gilligan, Data Republic allows clients to securely exchange data and, in turn, more easily monetise their data assets, working through issues such as data security, regulatory compliance, commercial sensitivity, and the gaining of approval from customers.

The Series B is the latest in a line of raises for Data Republic. The startup raised $10.5 million in Series A funding from Qantas Loyalty, NAB Ventures, and Reinventure in May 2016, with each investor also coming on board as a strategic partner.

It then raised funding from ANZ this past February, with ANZ stating the investment was part of a wider partnership that would see the bank start using the technology to “develop greater customer insights and a series of operational improvements”.

Edgar Hardless, CEO of Singtel Innov8, said, “Data Republic is helping to ensure that such data sharing is conducted in a safe, secure and compliant manner. Innov8 is excited to support Data Republic’s ambition to expand into Singapore and beyond.”

“Our investment in Data Republic highlights our commitment to data innovation through a platform which leverages technology to ensure data security and privacy and further enhance our digital capabilities,” he said.

The raise from Singapore Airlines and Singtel Innov8 follows Data Republic in September appointing Lynn Thompson as its country manager in Singapore to guide expansion across Asia.

McCarney said at the time, “The Singaporean government’s forward-thinking approach to data and privacy policy has fostered an incredible environment for data sharing innovation and collaboration. I’m excited by what Lynn, our team and Singaporean customers will be able to achieve.”

The startup then in October launched Senate Matching.

Gilligan said, “As markets around the world struggle with regulatory trade-offs between privacy and innovation, we are proud to be delivering data sharing infrastructure which proves it’s possible to deliver higher levels of data driven innovation while at the same time increasing the privacy and security controls in data.”