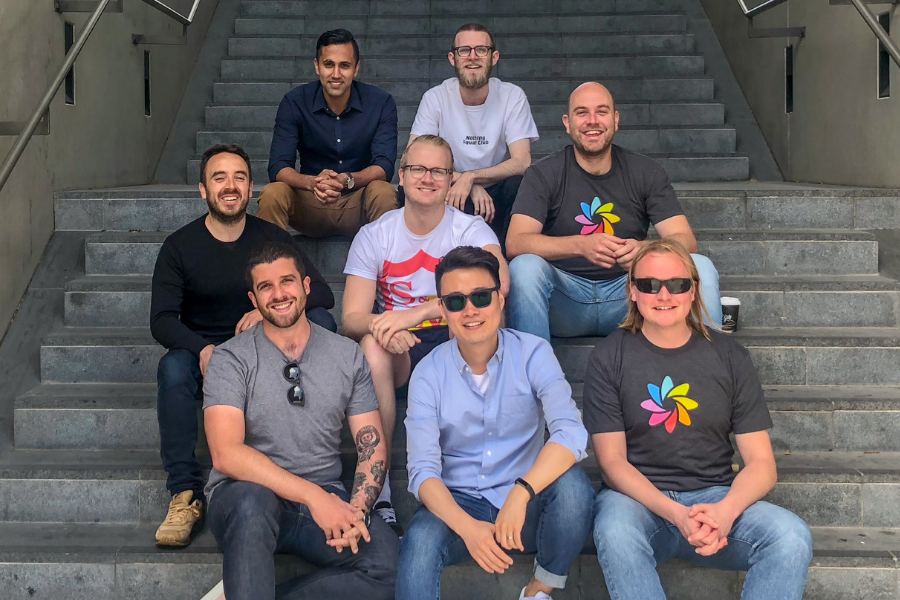 Because I am just a touch older than the generation of kids who were practically born with smartphones in their hands, ‘computer classes’ in primary school consisted of learning how to type and how to use search engines.

While that may have been a decade (or two) ago, the way we search for things on the internet hasn’t really changed all that much since – but Australian startup Sajari, led by David Howden and Hamish Ogilvy, is out to change that.

“The way humans search information has evolved, but search technology hasn’t. There’s now an enormous amount of data in the world, and it’s all changing at a much faster rate than when search technologies were developed in the 90s,” Ogilvy said.

“A lot of these older technologies aren’t capable of taking the rich data sources available to businesses today into account when executing searches and matches.”

As Ogilvy explained, users have been conditioned to search for information via the likes of Google by keywords. That’s all well and good, but what if you’ve got more information that could help inform a search?

“Knowing context like location, time, demographics, or even where you’re searching from on a website can be extremely valuable to serving you the information you’re looking for. The standard practice however, is to reduce your query to keywords, put it in a search engine, and hope for the best,” he said.

Originally coming across this problem while searching for academic literature and intellectual property records, the team then realised it’s actually everywhere, and set about building a solution.

That, of course, was easier said than done.

“Search technology is really complex,” Ogilvy said. “There’s often millions of lines of code and hundreds of man-years of technical investment, so building a new search engine from scratch is pretty daunting.”

The system has a range of potential use cases beyond powering an internal site search function. Sajari could power a publisher’s related or popular content widgets, personalising content to each individual, for example, or it could power a forum, indexing every post in real time and displaying comments according to recency, popularity, or best match.

With its core business currently focused on internal site search, Ogilvy said integrating Sajari into a customer’s website can be as simple as adding some code to their website, through to machine learning model builds and deep systems integrations; the latter could help power ecommerce search results based on factors such as sex, product availability, and profit margin, for example.

According to Ogilvy, the company has seen significant inbound interest since day one; among its customers are government departments from Australia and the US, and companies including Lockheed Martin, Unity3d, and Sennheiser.

“Even today we still don’t have any dedicated sales staff. This year we finally added marketing staff – before that we were 100 percent engineers – so we’ve been more responsive in our ‘pitching’ to date,” Ogilvy said.

“Search is a major problem that is becoming increasingly important as information explodes in volume and data becomes more core to business strategy, so there’s a wave of growth there, and also some general malaise to the current technology in market,” Ogilvy said.

“Most of our competitors are pretty similar in terms of their approach, and many are even based around the same old technology; it’s just different lipstick really,” he said.

“Sajari works differently by taking in more data and reference points when calculating relevancy. Using some complicated maths and assisted by machine learning, search results will then adapt to user behaviour over time to improve relevancy.

“We’ve pushed hard on the self-learning aspect and can actually back it up with data and results, which is pretty unique among our competitor set. This kind of search technology just isn’t available to businesses outside of massive corporations with their own dedicated development teams who rely on search as a key part of their product, like Uber or Amazon.”

With more than half of Sajari’s customers based in the US, the company earlier this year opened an office in San Francisco to ensure it is capturing all opportunities in the market.

Previous article A quarter of Australians experience high levels of stress at work: report
Next article David Koch: Meet me and Libby at the Your Money Your Life Expo!
Via Profiles
Tags businessdavid howdenhamish ogilvyinnovationonline searchsajarisearchsearch enginesstartups