How to define ‘growth’ in a scaling technology company 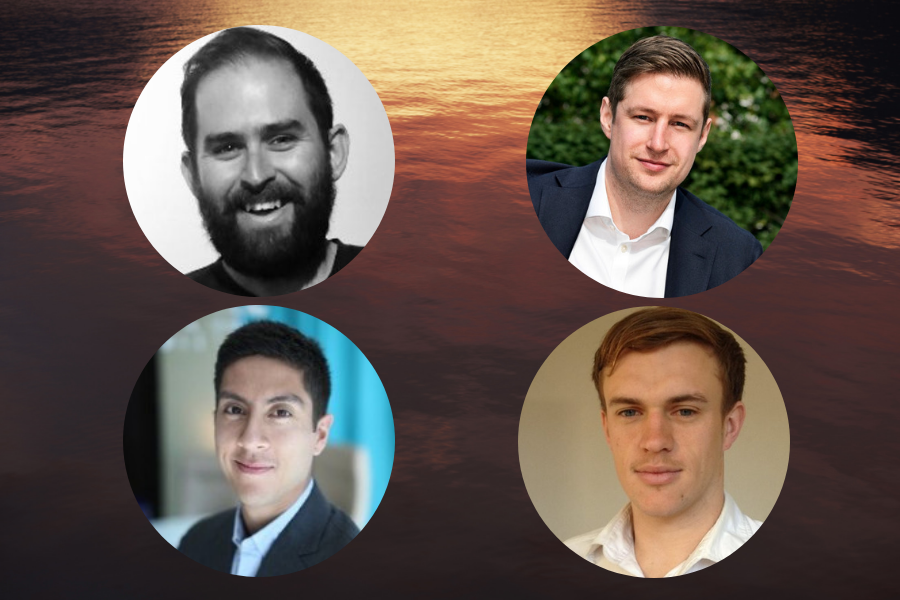 ‘Growth’ is the buzzword of 2018 among startups, yet defining and executing it is where the real conversation is. Lessons can be taught and shared, but key metrics, customers, levers, and organisational structures make it harder to replicate within each individual team.

At Think & Grow, we investigated what “growth” means in the context of the Australian technology ecosystem to see what valuable lessons we could share with others. After conducting a series of interviews with leading growth experts across Australia, we were able to truly explore the concept of “growth” and uncover the impact that a growth engine can have within a business.

We asked each of them:

– What does growth mean for your business?

– Where does growth fit within an organisation?

– Should we be thinking of growth as more than just user acquisition?

What does growth mean for your business?

So what is ‘growth’?

“Growth is trying to identify the biggest opportunity to reach customers and taking them from end-to-end of your funnel.” – Joel Pinkham

Identifying those ways and creating a nurture in software user base so it starts growing itself naturally is the aim. Joel believes we need to identify growth, something most people consider in broad terms and turn it into a core discipline within our companies.

Stefan Cordiner, Head of Growth from Xplor, also believes that growth covers the whole customer journey: it sits equally across sales, product, and marketing, as well as onboarding and support.

He explains, “A lot of people seem to see growth as only top of funnel activities, or even just ‘performance marketing’, but I believe it encompasses the full customer journey. There isn’t any right or wrong, growth is a term used loosely today to mean different things in different companies.

“I firmly believe growth needs to be a mindset throughout an organisation. I see my role as helping instil that mindset: starting at the very top of the customer journey and working all the way through the funnel. Retention ultimately leads to referrals, which then feed back in to the top of the funnel.”

Where does growth fit within the organisation?

A key discussion point was around establishing a common goal throughout the entire organisation and thinking of growth as a cross-function, rather than a standalone team. Growth is a functioning machine inside our companies and it is connecting people in the organisation to the existing value of the product.

Joel elaborates on this: “At the moment, we don’t have a dedicated growth team but deploy people into teams to work on specific projects, this has pros and cons. Either way, you’ll achieve better results with your growth team or growth people integrated into relevant parts of the business than putting them into a silo – this doesn’t just mean product/growth/marketing but also customer facing teams too.”

“To say you have a growth person is a problem” – Tim Doyle, CMO Koala.com

“Your business should have a growth culture and there is a person that is leading that culture. You see a lot of businesses with just one person working in their own team. Growth has to work well with all the teams and growth thinking has to happen across all of them,” he said.

“When you have product and growth working together, thinking about long-term feature value vs short-term user uplift – there should be long-term conversations going on. Product Market and Product Channel fit need to be your two key things early in the growth story. You can’t separate the teams.”

“It should be a combination of people and skills.” – Robert Hoy

“It depends on what mandate you want your growth team to have – the exact split of resources will differ slightly from company to company and even within the same company over time. It should be a combination of people and skills – in general, you’ll want a combination of strategic thinking, analytical ability, and technical chops,” he said.

“It could have people with a deep understanding of paid and digital marketing channels. Or more technical folks experienced in product experimentation and running A/B tests. Or it could have data scientists and SQL junkies who get into the data to deliver quantitative insights and build statistical models.”

Stefan believes ‘Growth’ needs to be a mindset instilled across the company, rather than rest within a specific team or person.

He feels this is particularly true in earlier stage ventures where the company’s culture is being formed. Once you’re clear on where you’re going, you need to build in to your DNA the involvement of all areas of the company- product, marketing, engineering, and data- to work together to solve the challenges of how you’re going to get there as quickly as possible.

He believes the whole company should ideally be focussed around one north-star growth metric, and growth then works across teams to help identify opportunities to move this metric.

Should we be thinking about growth more than just user acquisition?

Robert said, “Growth is a flexible function, you build your team around the existing team. You ultimately want everybody thinking about growth – every leader across the business needs to understand what the common goal is that you are all driving towards.

“When looking at the user lifecycle, Engagement and Retention are often the two most important levers for growth. Improving these allows you to have more customers to test on, experiment more rapidly, launch features faster, and ultimately be able to develop your business faster. You need to look at the whole lifecycle, it’s not just about Acquisition. Taking a broader lens also opens up more creative opportunities for testing.”

Similar to Robert, Stefan advises that in a business, there are two main thought camps.

“I come across a lot of people who believe growth is limited to top of funnel activities. I would argue that it just as importantly also covers the bottom of funnel including onboarding, support and ultimately referrals  to create a full-cycle growth loop,” he said.

Stefan believes that the role of growth is to ensure that the user experience is flawless, all the way through to the funnel a referral.

“To achieve this, I believe growth should not be limited to only the marketing department but instead should sit across the full customer journey. In terms of skill set, there’s no set formula for this. It’s about having the mindset going in and not being afraid to fail, but having a methodical approach to diagnosis, testing, failing and learning. You can’t have too much ego – we will make mistakes, we will get it wrong and we will learn and build from it.

“With regards to hiring for growth, in my opinion you want to look for people who are good at experimentation, which means data orientated but very strategically minded. I find that you can learn a lot by asking how someone would reach a certain goal. For example, if you ask them how they would grow a company to a certain point- you will often find people go straight in to marketing tactics or growth hacks without an underlying strategy across the full customer journey.”

“Acquisition is only one part.” – Joel Pinkham

Joel immediately brings to my attention the importance of looking at the entire growth cycle and not just thinking about Acquisition. He believes that engaging existing users is key.

“A lot of companies only think about which product feature they are delivering, as opposed to how the the feature will go from a single user to multiple users in an organisation,” he said.

“Existing users sharing your product, in my opinion, is the most scalable way to find more customers. It’s easy to look at top-of-funnel acquisition as the obvious tool in your arsenal, but it can cost a lot of money – I’ve been guilty of this in the past. Growth teams need to look at the full loop to solve problems across user acquisition, product, and customer experience.

“We’ll do better if we don’t behave as a specialised discipline, but focused on assembling a cross-functional team of weapons to deliver a big outcome.”

We’re in agreement with Joel’s approach – quite often we see growth being perceived only as Acquisition and therefore it gets incorporated into the Marketing team.

However, as Joel points out, there are successful case studies to show that having multiple teams encompassing a blend of skill sets with the same KPI/outcome goals is motivating but also allows room for innovation and growth at a faster pace.

What makes a growth person successful?

Accepting failure was an important conversation that cropped up repeatedly during our growth interviews.

Having worked as both a Founder and Senior stakeholder in businesses, Stefan explained that you have to be willing to push the boundaries and try new ways of doing things.

“Every venture and opportunity is completely different. You want to be clear on what the end point is – what your vision is – but accept that getting there will be a journey that you will learn along the way. You need a methodology for learning, but accept that you can’t apply the same strategy or plan you used in the last venture. And you can’t get stuck in the data – plan but don’t over plan,” he said.

“Especially in earlier stage ventures, focus on where you were last quarter and where you are this quarter and whether you are moving in an upward trajectory towards the end point. Then keep testing to see how you can speed up that trajectory.”

Robert believes that people with a ‘learner’s mindset’ who are willing to take risks will be the most successful in driving the business forward over the long term.

“You need to have a process you believe in. The outcome might not always be what you expected but if you have the right process you will constantly be learning and that pays dividends,” he said.

User psychology is really important to Robert; he explains that being able to put yourself in the mind of your users and break things down both logically and methodically will increase your ability to move your target metrics over time.

“You need to love data, but not only data. You need to be able to contextualise it and understand why metrics are changing the way they are.” – Robert Hoy

So what does it all mean?

To conclude these insightful conversations: growth doesn’t sit with one person or even one team – it sits within the entire organisation. The common goal, the ethos, and function of the entire team has to be growth.

See growth as cross-functional teams which encompass Sales, Marketing, Product, Engineers and data experts sitting together and measured on the same outcome.

Expect failure when it comes, and accept that not everything you do will work out as planned – ‘grow’ and learn from this.

And most importantly, understand your user psychology, what motivates them, what loops them back and what leads to referrals.

“There is an incredible technology landscape developing in Australia and it will be amazing to see what happens over the next few years as the market matures,” Robert said.

“Australia’s first wave of success was seen in the likes of Carsales.com, Seek, REA, and Atlassian. We are now seeing that second wave come through with companies like SiteMinder, Canva, Airtasker, and SafetyCulture. It will be exciting to see what the next few years hold as we have more successful businesses to learn from – and ultimately as a market that will foster an ecosystem for continued growth.”