“Creating a company out of thin air is exhausting”: Vamp cofounder Aaron Brooks on his startup journey 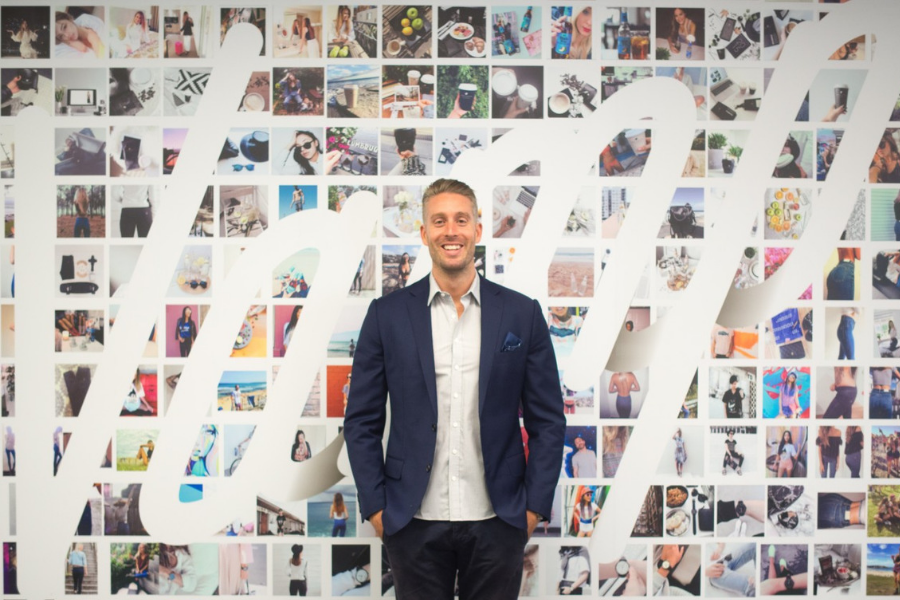 I’d been in tech for eight years by 2015, working in everything from startups to big corporate companies, but I’d always wanted to start something myself.

In my previous role, I had been lucky enough to close a big deal from which I’d earned good commission – enough to feel secure that, if I didn’t get another pay check for the next nine to 12 months, I’d be able to support myself. I didn’t have any dependants so just thought, this is my moment.

It was still a hard decision to leave my sales job. I was probably going to have another very big year there and I had a lot of flexibility. Swapping it for long working days with no security wasn’t something I took lightly.

It was around that time I met Ben McGrath and we founded Vamp.

I never set out to create an influencer marketing company; I had an idea based around people being able to source content on their phones, and after research and ideation, we settled on the business model for Vamp.

Influencer marketing was a big emerging trend and with our diverse backgrounds combined, we thought it was something we could really make our mark on. There were a few influencer agencies in Australia but they were more like PR firms. No one was doing what we planned to do with a tech platform.

I went out to speak to lots of clients about exactly what they needed. The industry was still in its infancy so we didn’t want to go out and build tech only to find out that it had evolved and needs had changed. We thought that by starting with an agency we would be able to learn. By running campaigns we’d know exactly what we needed to build into the platform. There’s a real danger of storming ahead and spending money on building tech then having to reverse engineer it into something that meets your learnings.

It was stressful. I’m still stressed now but those first few months were really tough. Because you’re doing everything, you can lose sight of what you should be prioritising. Creating a company out of thin air is exhausting. Even now, I don’t think there’s ever a time I feel like I can sit back and take stock because there’s always so much to do. If you take time off, you feel guilt about all the things you should be doing.

As a startup founder you don’t always have the luxury to delegate. If I’ve needed to pack boxes for influencers and post them on the way to important meetings with clients or investors, then that’s what I have done!

We’re constantly challenging ourselves and setting higher and higher goals. We want to double our revenue this year from last and to do that we need to open more offices and increase our head count. At the same time, it’s so important to us to maintain this amazing culture we’ve created so far and make sure that all of the people that have made Vamp what it is are happy.

Anxiety has been an obstacle for me; I’ve had to work really hard to keep it under control.

Sadly, this has taken the shine off some of the achievements on the journey so far. I try and keep it in check with healthy habits.

I don’t always sleep that well – team Vamp operates across five different time zones – but exercise is great. I’ve found if I work out at lunch time it helps to break the day up a bit, or even in the evenings straight after work. It’s a physical stop to the day and it gives your mind a chance to reset.

It was incredible to be recognised by Deloitte as the fourth fastest growing tech company in Australia last week. Our names were among some really impressive businesses, so it really puts our growth into perspective.

Back in the beginning, our first international expansion was a big moment for us. We opened our Hong Kong office in September 2016 and it was exciting to see how the platform would work in another market. We’ve added four more international offices to our group since then and every one has been a major milestone.

Becoming a Facebook Marketing Partner in January 2018 also felt momentous – not only because the application process had been very gruelling, but it felt like a real validation for what were doing. After months of going through different levels and tests it felt like all the hard work had been worth it, and it has really bought some great opportunities our way.

More recently we secured a campaign with Adobe. They were a client who had always been on our wish list, so that was great, but it ended up being the biggest campaign in Vamp’s history too.

We recruited 107 influencers  across the APAC region: Australia & New Zealand, Hong Kong, India, South Korea, Thailand, Singapore, Malaysia and Taiwan. The campaign was a great success and content achieved 6x the engagement of the average sponsored post on Instagram.

One of the most rewarding things about running a business is finding people who share your vision and working together to make your crazy goals happen. This year we hosted the Vamp family from all around the world at the idyllic island of Bintan for our first company conference. Bringing everyone together to bond, celebrate our successes and look to the future was just incredible.

Looking to the future

A couple of months ago I relocated to the UK to concentrate on Vamp’s European expansion. I’d already spent about three and half years in England working in tech previously, and it seemed a logical next step – it didn’t make sense to have both myself and my business partner in the same city on the same time zone.

The uptake in the UK was fast. We were able to use existing relationships with global brands like Estee Lauder, and while the market in the UK is bigger, it’s not dissimilar to the way we operate in Australia. It’s also a great foothold for the rest of Europe. Another five offices are slated for the next 12 months, so there’s a lot going on.

Here, I can work alongside the UK team and be on a better timezone for New York – I want the team to know they can check in with us easily and get a fast response. As we grow, it’s so important to us to maintain this amazing culture we’ve created so far and make sure that all of the people that have made Vamp what is are happy. Our team and the culture are two of my biggest sources of pride.

Aaron Brooks and Ben McGrath cofounded influencer marketing company Vamp in 2015. The company now has 70 staff in six offices around the world, and was earlier month named the fourth fastest growing tech company in Australia in the Deloitte Fast 50.