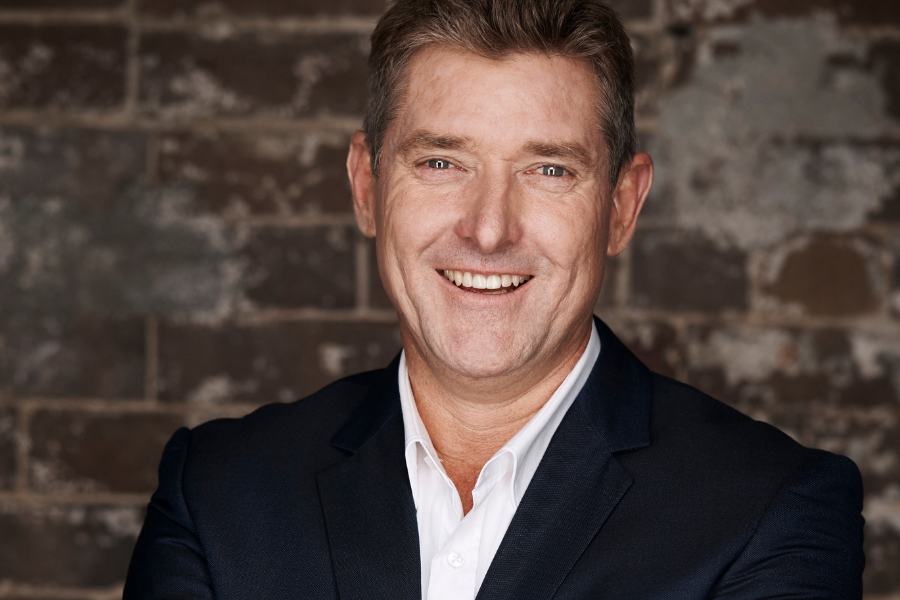 Now known as one of Australia’s favourite sharks on Shark Tank, Dr Glen Richards’ entrepreneurial journey began at 27, when he bought a small vet practice in Townsville.

Over the next decade, he built five vet clinics, a pet store in Townsville, and two vet hospitals in China.

This growing empire eventually became Greencross, which later merged with Pet Holdings. Richards took on the role of founding managing director for the merged venture, which now operates more than 160 vet hospitals across Australia and New Zealand and boasts an annual turnover of more than $800 million.

What it took, Richards said, was a sense of discipline and focus – two things that can be, he admitted, quite hard for entrepreneurs to get a handle on.

“What we see in a lot of entrepreneurs, and I was probably similar, is that to some degree we’re very forward thinking, we’re quite innovative in the way we approach life, and we’re quite competitive. We’re constantly looking at ways to grow the business, and sometimes that can hijack the rest of the team,” Richards explained.

“A lot of entrepreneurs are not focused enough on the key things they need to get where they need to. Quite simply, they’re chasing a lot of shiny things and thinking that will help grow the business, but what it does is dilute the resources of the company, the time and money that you do have.”

Not to be forgotten is the importance of the team, Richards added, and building a team around a common set of values.

“As businesses scale up, you start to attract other people to your journey, so you’ve got to be damn good at getting that culture piece right,” he said.

“At the end of the day, people will come on a journey with you because they believe in similar things to you in terms of your core ideology: what’s the purpose, why do you turn up every day? You have those core values that are the foundations of the business, and they never change.”

According to Richards, ensuring his staff were engaged in the company’s vision and empowered to go about their work bringing it to life was a key part of his job as a CEO.

“A big part of my role was simply talking about what we were trying to achieve, attracting good people to the organisation, and then creating an environment that allowed them to deliver,” Richards said.

“It’s pretty key that founders and CEOs organise their company around their people to get the best out of them.”

Richards was helped along in his entrepreneurial journey by the Scaling Up program and framework, developed by Verne Harnish.

The program examined both the internal, external, and environmental factors influencing the business and the critical issues in the business to examine the best path forward and where to apply resources. At the end of the day, Richards said, a business has two fundamental resources: time, and money.

“It’s about assisting with those big decisions so that you’re putting the resources of the company on the right projects to take the company forward.”

Richards has come back to the program to lead a two day workshop for scaling businesses in Sydney later this month.

Participants will roll up their sleeves and work with Richards and his team to create their business growth plan for 2019 and beyond, helping them build a path to increased cash flow, profitability, and business valuation, and create a fun and happy workplace.

While the number of programs aimed at early-stage ventures continues to grow, Richards explained the workshop is aimed at successful businesses wanting to grow faster, with discipline.

“We see a lot of business on a hockey stick, and as they start rolling up that hockey stick and growing fast, that’s where they can blow up: they can run out of cash, they can start rolling people into the business that aren’t quite right in terms of culture fit, and they can get some of the strategy wrong because there’s chaos as they grow,” he said.

For Richards, the beauty of working with entrepreneurs and mentoring them in their journey is in helping them avoid the same rookie mistakes that he made.

“Mentoring isn’t about lecturing people and giving opinions, it’s about simply being there to support others on their journey. By sharing some of your own experiences and asking some serious questions, it hopefully de-risks or reduces some of the risks of their business journey.”

Startup Daily has two tickets to the Scaling Up workshop to give away to our readers. To enter, simply answer the question: what’s your biggest business challenge?