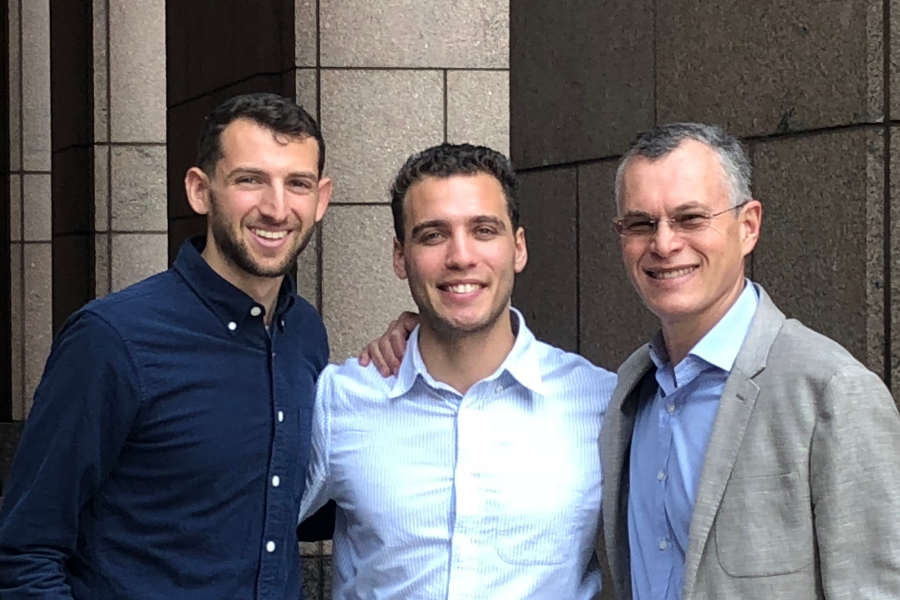 Sydney-founded recruitment startup myInterview has raised $1.6 million from a group of investors led by Entrée Capital and Cliff Rosenberg, former managing director of LinkedIn in Southeast Asia and Australia and New Zealand.

Launched in 2014 by Guy Abelsohn and Benjamin Gillman, who is now based in Tel Aviv, the startup aims to help jobseekers better showcase their personality through video. The platform can be used throughout the recruitment process, from allowing job seekers to attach a video to their CV as a cover letter of sorts, through to interviews.

With the platform being used by the likes of Pandora and Catch Group, the funding will go towards furthering the company’s expansion in the UK and US.

The team will also invest in research and development around machine learning, helping to analyse videos to track things such as emotion and tone. The platform also takes data from successful candidate interviews in specific industries and positions, at various levels of experience, to identify trends to look out for in new applications and flag those that shouldn’t be overlooked.

Rosenberg said the startup is solving a “real issue” for recruiters and candidates by adding a visual and audio element to the plain old written job application.

“This balances the unconscious bias that typically occurs with written resumes. By adding in an AI layer, the platform also helps recruiters select the very best applicants in a timely and cost-effective manner,” he said.

Abelsohn added, “The best feedback we receive is when a client tells us they made a hire that would have initially been rejected via a traditional online application. Candidates with the right attitude and culture fit have greater productivity and can therefore be retained at a much higher rate, reducing staff turnover and increasing the bottom line.”

“My personal investment strategy centres around backing innovative entrepreneurs and I have been thoroughly impressed with the energy and passion displayed by both Benjamin and Guy. They work extremely well together and excel at leading a multicultural team across two countries.”

The myInterview platform is also being used beyond the recruitment sector; the startup reported that insurance providers and universities are also using the technology.