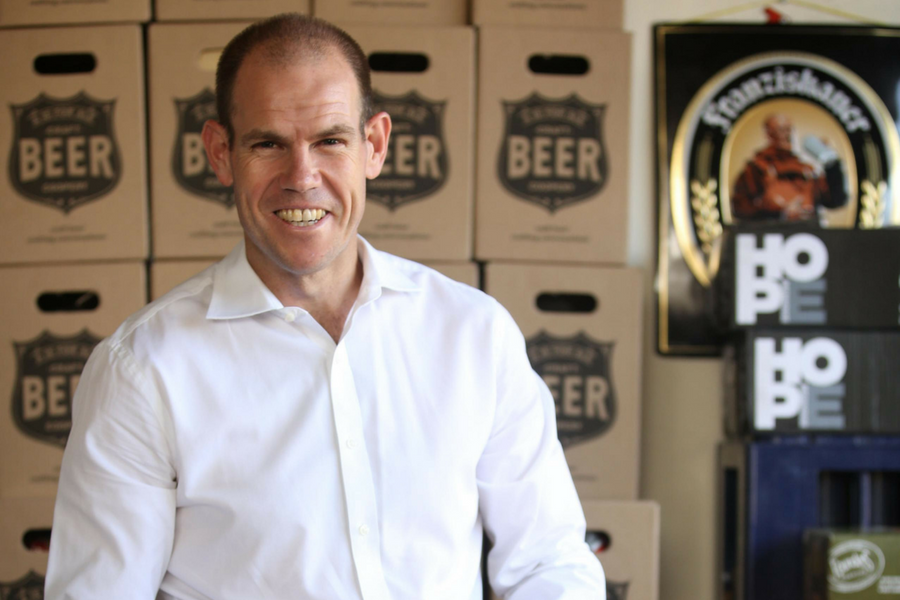 According to statistics from the Black Dog Institute, men are at greatest risk of suicide but the least likely to seek help, with men accounting for 76 percent of deaths from suicide in Australia in 2011.

It’s estimated that 72 percent of men don’t seek help for mental disorders, with the stigma attached in society leading many to suffer in silence.

Trevor Lowder knows this all too well.

“In late 2007, with previously little knowledge of what depression was, I began experiencing severe anxiety attacks and thoughts of suicide that would later be diagnosed as post-traumatic stress disorder, caused as result of watching my brother die of electrocution a decade earlier,” he said.

“I had no idea what was happening, and felt ashamed and weak in the face of the stigma I might face revealing I was suffering from mental illness. Close to the edge I reached out to my wife. Help came, but so did the stigma.”

Later chatting with a neighbour, Lowder came up with an idea that might help alleviate the burden for some of those suffering in silence: Craft Beer Coopery.

“We are a craft beer subscription service with the aim of bringing mates together to tackle the growing isolation many Aussies experience, which can often lead to mental health issues,” he said.

“The company has a tongue in cheek attitude of, ‘put two mates together with a beer in hand and the world’s problems will all be sorted in no time’. You set in motion a social enterprise to provide a tool, or lubricant, for starting conversations.”

Each month subscribers receive nine craft beers; there are four pairs of different beers to share with a friend, and one ‘mystery tinny’, Lowder said.

Beers are chosen based on a variety of factors including, of course, taste, but Lowder said he also selects each craft brewery based on the story of their journey and the hurdles they have had to overcome.

Each package also includes “light-hearted” beer tasting notes, a beer snack such as nuts or beef jerky, and R U OK-branded coasters.

“[We] also offer subscribers the chance to ‘craft it forward’ and send a fellow mate a box to let them know they’ll be over soon to catch up over a cold one,” Lowder said.

The R U OK coasters have come out of a collaboration with the organisation, a suicide prevention charity that reminds people that “having meaningful conversations with mates and loved ones could save lives”, encouraging people to start conversations with someone they think may be struggling.

“The relationship with R U OK was formed on the basis of our shared purpose of  inspiring and empowering everyone to meaningfully connect with people around them and support anyone struggling with life,” Lowder said.

Brendan Maher, CEO of R U OK, sad sharing a drink – responsibly – is a practical way to for people to stay connected with their friends and loved ones.

“Having a beer or a glass of wine with a friend can often be a platform for a meaningful conversation. That’s why we’ve provided Craft Beer Coopery with some of our R U OK? drink coasters, to reinforce the 4 Steps to having a conversation with someone who might be struggling with life.”

While Lowder has been self-funding the running of the business to date, he said the startup has also been helped along by other collaborators and people who have donated time and product, with people donating their efforts towards website development, marketing, and packing and distribution.

Spreading the word so far through Facebook and Instagram advertising, Lowder said the startup has sent over 1,200 boxes of beer over the last year.

“There has been widespread interest – not surprising given mental health issues are indiscriminate and touch the lives of so many Australians,” Lowder said.

His goal for the business over the coming months is to expand its subscriber base beyond Sydney to ensure Craft Beer Coopery is helping all Australians come together for conversation.

Last year more than 150,000 people in Australia contacted beyondblue about their concerns – both big and small – and you can too. All calls and chats are one-on-one with a trained mental health professional, and completely confidential. If you or someone you know is experiencing mental health issues you can contact beyondblue on 1300 22 4636 24 hours / 7 days a week.