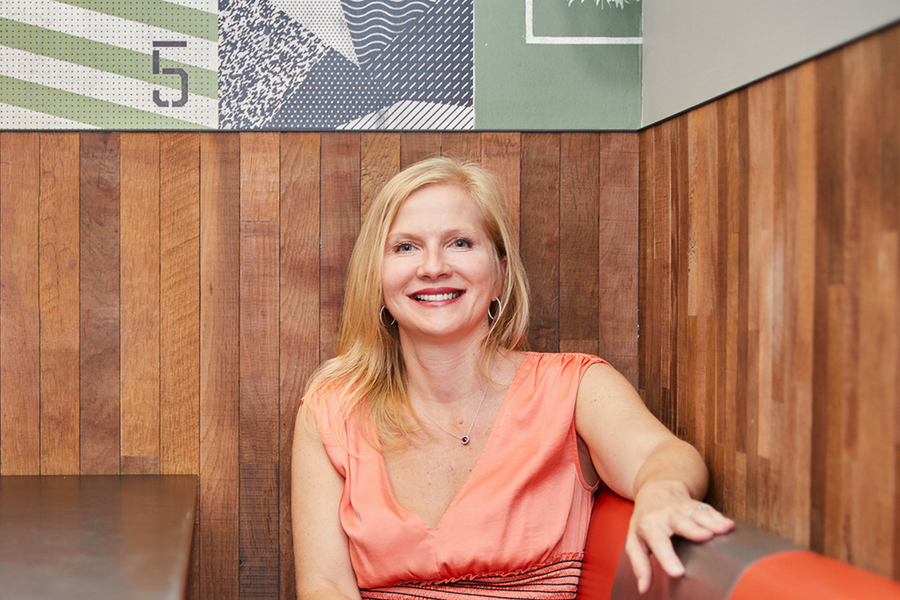 A range of organisations and initiatives have sought to tackle unconscious bias – or straight out bias – in recruitment over the last few years. The Victorian Government, for example, last year launched a pilot program called Recruit Smarter to trial different approaches, such as blind CVs, to address the issue.

Founded by Harvard and MIT-trained neuroscientist Dr Frida Polli, Pymetrics works with organisations to determine the traits that contribute to success in a role, and then has job applicants play games that help bring out these traits.

The idea for the venture came to Dr Polli during a fellowship at Harvard Business School, with two key experiences helping form the basis for the idea.

The first, she explained, was that as a woman in her 30s with a 30-something page resume, she had no idea what to do next in life.

“I knew I didn’t want to stay in academia, but I wasn’t sure of the best way to translate my skill set into an industry job. I couldn’t believe that people were still telling me to take the Myers Briggs to figure out what to do with my life — a tool that was developed decades earlier when we had much less neuroscience knowledge, much sparser datasets, and much less sophisticated recommendation engines to process data,” she said.

“The second aha moment was watching my peers — at HBS nonetheless — ‘drop their resume’ for any jobs they heard about around campus, and often, never hearing back. It seemed random which people got interviews and who ended up getting offers. I also saw some of my other peers spend months preparing for and landing their dream internships, only to realise they hated the work after spending weeks on the job.”

There were a multitude of job listing services available in the market, yet none were matching people to the right jobs for their personality and skills.

At this point Dr Polli realised she could apply the neuroscience research she been doing in a brain imaging lab for 10 years to the problem and Pymetrics was born.

A single parent in her late 30s with no engineering experience when she started Pymetrics, Dr Polli admitted she doesn’t fit the mold of the typical startup founder or CEO.

“To quote Therese Tucker, CEO of Blackline, who was in my same position when starting her company, ‘You could hear VCs running out the door!’”

So, Dr Polli decided to focus on what she did have: a handful of advanced degrees, significant domain expertise in various fields, passion for the idea she was building and the space it was targeting, and her powers of persuasion.

“I focused on that, and I focused on investors and clients who would value what I did have more than question what I didn’t have,” she said.

“When you’re building a truly game-changing company, you will hear one thousand nos for every yes and I have had to harness the power of positivity to deal with all of the rejections.”

The startup works by having a company’s top performers play the Pymetrics games, which help the startup develop algorithms that can identify which cognitive, behavioural, and emotional traits can predict success in a particular role.

The traits sought out vary according to role, while Pymetrics also explains that the traits identified are non-specific to gender, race, or socioeconomic status; once the traits of top performers within an organisation are identified, the algorithms are tested and iteratively processed to remove any biases introduced by historical hiring patterns.

With this process taking six to eight weeks, job seekers then play these same games, with Pymetrics assessing them for a variety of roles rather than just the one they may specifically be applying for.

If they’re the right fit they will move on to the next stage of the application process; if there’s no role for them at that organisation, Pymetrics will help find an open role they would suit at another company.

In bringing on its first customers, the startup began by finding companies who were already going through a HR transformation and looking for a way to measure the resulting impact.

The Pymetrics system has now been implemented by the likes of Unilever, which processed 250,000 applicants for its future leaders program with Pymetrics as its first filter and made 800 hires, and Accenture, which achieved gender balance in sourcing and selection for technical roles in the US and internationally through with the help of Pymetrics.

The company in June marked its expansion into Australia, with Grace Kerrison, formerly of Microsoft and LinkedIn, at the helm as managing director in Asia-Pacific.

With Rio Tinto and ANZ among Pymetrics’ local customers, Kerrison said there is significant opportunity in Australia as companies look at how they can be globally competitive.

“Australian companies in general are interested in embracing new technologies that will solve some of today’s problems with hiring.  The role of HR and the HR function in Australian organisations is being elevated as talent becomes a top agenda at every leadership and company board,” Kerrison said.

“There is also a real drive for greater diversity among Australian businesses to tap into talent across all backgrounds. Many Australian organisations know they can’t bring people into the new economy using old tools like the resume or old ideas of pedigree, so they need help to identify talent rather than relying on instinct which can be biased and inconsistent.”

As it looks to grow in Australia, Dr Polli said the startup will also be working to expand and develop the Pymetrics platform across the talent management lifecycle, assisting organisations with reskilling employees, internal mobility, and providing workforce insights.