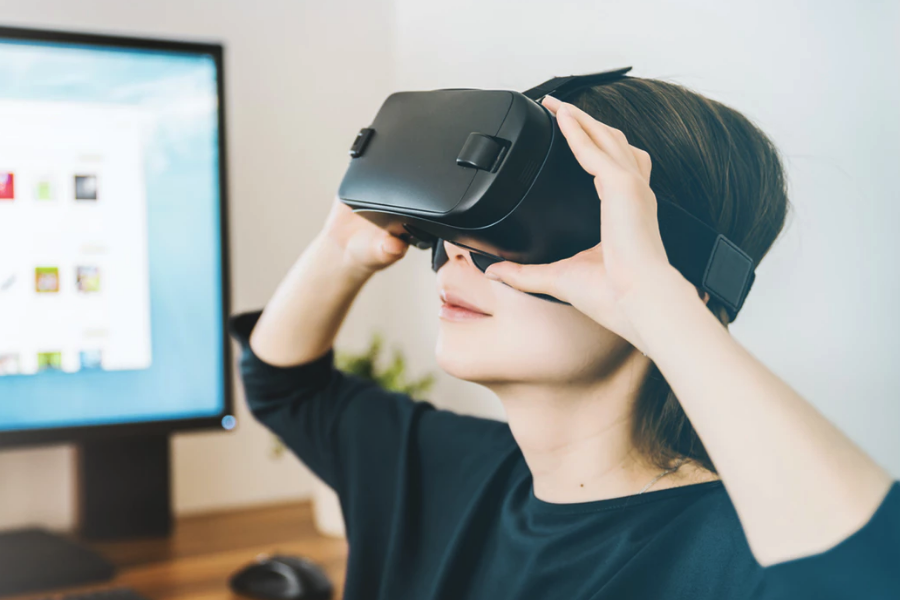 Tricking the brain with visual illusions that alter the appearance of the knee is proving to reduce pain for people with osteoarthritis.

Researchers from the University of South Australia’s Body in Mind Research Group conducted testing on people aged over 50 who suffer from osteoarthritis of the knee. The 12 participants wore video goggles and watched real-time footage of their own knees shot from above – as if they were looking down at their knee – or from facing them as if they were looking at their knee in the mirror.

Mediated reality technology was used to manipulate the video to make their knees appear elongated and stretched or shortened and shrunk.

As the patient looked into the goggles at a manipulated version of their knee, a practitioner grasped the shin and gently pushed or pulled. Ten of 12 participants (83 per cent) experienced significant pain reductions of up to 40 per cent.

“Even though we had actually done nothing to the knee, having that illusion occur changed how much pain they felt,” lead researcher Dr Tasha Stanton said.

“Where it might be quite exciting is if people have a lot of pain and these illusions can reduce it for a period of time then maybe we can combine that with things like exercise.

“We know exercise is good for people – it has great outcomes – but when it hurts to exercise it can be really hard to start.”

Osteoarthritis is a common degenerative joint disease that occurs when cartilage wears away.

However, Dr Stanton said the latest study showed the technique also worked for weight-bearing joints such as the knee.

She said the research provided “proof of concept” support that visual illusions can play a powerful role in reducing pain.

“We have shown that pain is reduced significantly when a visual stimulus, in this case a smaller or an elongated joint, is provided, but not only that, when exposed to that illusion repeatedly, pain decreases even further,” said Dr Stanton, who is also a NHMRC Career Development Fellow.

“It seems that seeing is believing, and by understanding the neurological processes at work we may be able to ease pain more effectively for people with chronic conditions, reduce their reliance on medications and find alternative physical therapies to help manage conditions like osteoarthritis.

“This research adds to a growing body of evidence that implicates the involvement of the central nervous system in the brain so it’s not just problems with the receptors in the joint itself, it seems to be problems with the way the brain is using that information.”

“As we start to understand how these things work it helps us make better hypothesis in other studies and combine with the right type of other therapies,” she said.

“I think we probably need more research and give it due diligence to understand it a little bit better but I think it is a real possibility in the future that all these new technologies can start to be integrated within the clinic because we’re starting to get cheaper, easier versions to use and that’s really important.”

The research paper Illusory resizing of the painful knee is analgesic in symptomatic knee osteoarthritis was published this week in Peer J.

Look for cover options that match your business needs 19 Nov 2017
Small Business Insurance
Join the Small Business First Canon Rewards Club
Get 15% off your next business venture with Veromo
99 designs
UBER for Business: Get $20 off the first ride for you and your staff*