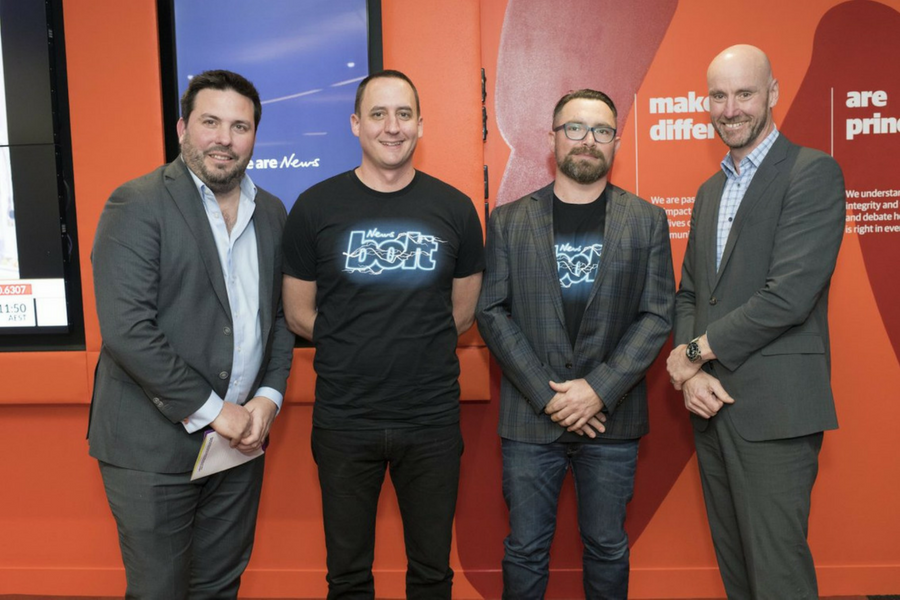 News Corp Australia has partnered with Slingshot Accelerator to launch News Bolt, an internal innovation program for its 8,000 staff across the country.

Aimed at helping develop new ideas from staff, the program will see Slingshot work with News Corp to run showcases, innovation sprints, workshops, and mentoring sessions to select the best ideas to develop into working prototypes.

According to a statement, the validated prototypes will later this year be presented by Michael Miller, executive chairman of News Corp Australasia, to the News Corporation board in New York.

Miller said the company is committed to growing through creative collaboration and reinvention.

“Our people are the key to our future success. Our leadership, our talent and increasing collaboration is exciting, as it is facilitating innovative thinking from a passionate team of people,” he said.

“We are working in exciting times in our industry and in our business, a time of enormous opportunity and potential. We do what no other company in Australia can do and we will continue to invest in our company, to innovate and push the boundaries of what we think we know, and what we think we can do.”

“It’s about facilitating growth through big ideas and potential new business ventures by gaining access to and collaborating with an entrepreneurial community,” he said.

“It’s also about re-energising the creativity and inspiration within News Corp’s talent pool, drawing out ideas and solutions, and in doing so, helping people rediscover their passion for what they do and what News Corp stands for.”

The need for media to think about how it can combat the disruption to its business model was made clear once more yesterday with the news of the proposed merger of Nine Entertainment and Fairfax Media to create a $4.2 billion media entity.

The decline has been slow and steady for Fairfax, which was itself was valued at $5 billion a decade ago. The company told a Senate inquiry into the future of Australian journalism last year that it had spent $500 million on redundancies between 2007 and 2016.

With Fairfax CEO Greg Hywood saying the deal would see the new entity push “targeted investment in high growth businesses, such as Domain and Stan”, questions have been raised about the future of Fairfax’s regional newspapers, while journalists and readers alike have questioned Nine’s commitment to Fairfax’s charter of editorial independence.