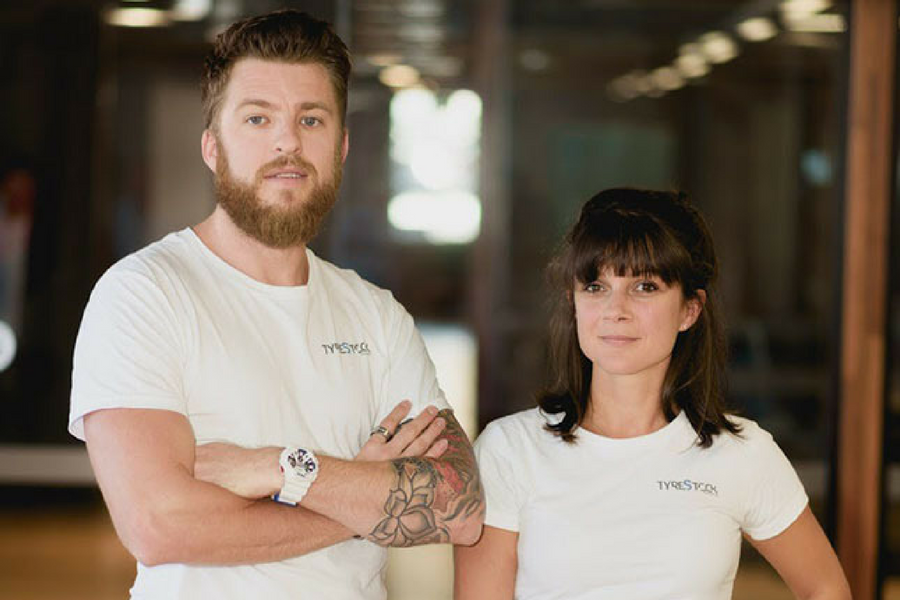 In theory, drivers should routinely assess the road-worthiness of their tyres to ensure they are safe to drive, but it would probably be safe to assume most don’t think all that much about them until they’ve got a flat.

The problem is that tyres can have a significant impact on the performance of a vehicle. According to a 2016 report, 12 percent – or 101 – of the 858 fatal road collisions that occurred in Ireland between 2008 and 2012 were due to a fault with a vehicle involved. Sixty-four percent of those 101 collisions were caused by worn tyres.

Looking to get Australian drivers thinking about their tyres is local startup Tyrestock.

With the couple already running a number of businesses, including tyre importing and exporting business Axxess Tyres, the push to create the new service came after Desporte-Duperry had a punctured tyre on the highway while driving alone with the couple’s two children.

“She had no choice other than to call roadside assistance, and the mechanic told her this failure could have been avoided if she had carefully checked the tyre pressure before driving. This incident led us to think of a tool that will allow drivers to check if their tyres are OK before driving,” Amiot said.

“Tyres are the most important safety device on your car, and by far the most neglected. TyreStock, through our network of experts, wants to raise awareness on tyres, and make any driver confident they can still drive their tyres, from the comfort of their phones.”

In looking at the best way to approach the problem, the cofounders decided to first address it from the business-to-business [B2B] side. Here, the startup helps mechanical workshops order stock for delivery from suppliers within a two hour time frame.

This is tackling the problem around order and delivery cut-off times in the industry; with workshops obviously unable to stock too many types of tyres, they often have to order particular stock in for cars that come in on any given day, however unless they make the cut-off time they have to wait hours or days for delivery, in turn inconveniencing the driver.

“We very soon understood that we could not aim to build a safety device for the consumers without the support of local tyre fitters, so to serve the mechanical workshops and add value to their business, we built a marketplace where they can find local stock of tyres,” Amiot explained.

Having signed on manufacturers including Michelin and Pirelli as suppliers, the startup is targeting independent mechanics, with 20 on board so far. The subscription costs $100 monthly or $600 per year, with the first month free.

“We select them carefully according to their level of service and expertise…they come on board because we are offering them a unique service that has never been achieved in the past. We make their life easier on their everyday needs and we send them customers through our Snap and Fit feature,” Amiot said.

The Snap and Fit feature is then targeted at consumers; a customer in need of a new tyre simply takes a photo of their current tyre/s, with the system able to determine what type it is, find them the cheapest replacement online, and direct them to the nearest partner workshop to get it fitted.

Bringing their team together last July, the cofounders then applied for the last intake of the River City Labs accelerator.

Coming into the program with the team and the idea, they got to work on developing a minimum viable product [MVP], and launched their offering to businesses within two months.

“Thanks to River City Labs, we have been aware of the importance of setting our values and our mission so everyone  – inside and outside of the company – can identify with it,” Amiot said.

“We have also gained a lot of time in product development…they made us aware of the risk of automation too early in the process which could lead to unnecessary expenses and time losses. Their mentoring in sales and marketing was highly supportive in helping differentiate ourselves from competitors.”

The startup hopes to have 300 workshops across Australia on Tyrestock by the end of the year.