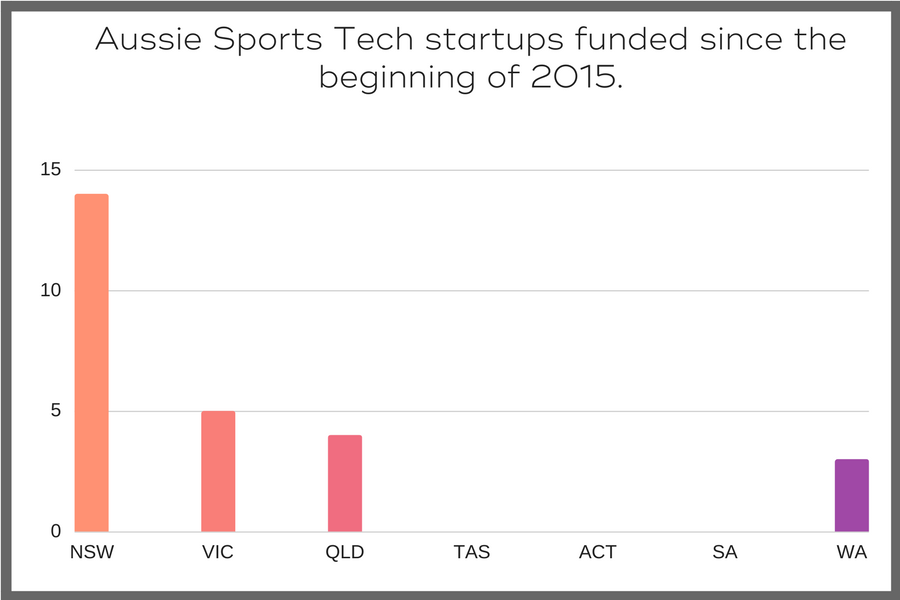 Towards the end of last year I mentioned in an article announcing that the HYPE Foundation was launching a sportstech accelerator program with the University of Queensland that in the 2016/2017 financial year over $4.5 billion was invested in sportstech globally.

Australia has always had a reputation for being a nation passionate about its sports and sports people, yet it has only been in the last three years or so that we have started to gain somewhat of a reputation for being a nation that is contributing to the growth of technologies around sport and fitness, with startups like Catapult Sports leading the way when it comes to gaining international recognition in the sector.

Looking at sportstech ventures that have received funding since the beginning of 2015, the state that ranks highest for the most activity is New South Wales. With startups like DisruptSports, which allows users to create their own sports equipment tailored to themselves, through to fantasy sports platforms like Moneyball, we are seeing a diverse range of ventures that don’t really compete with one another. 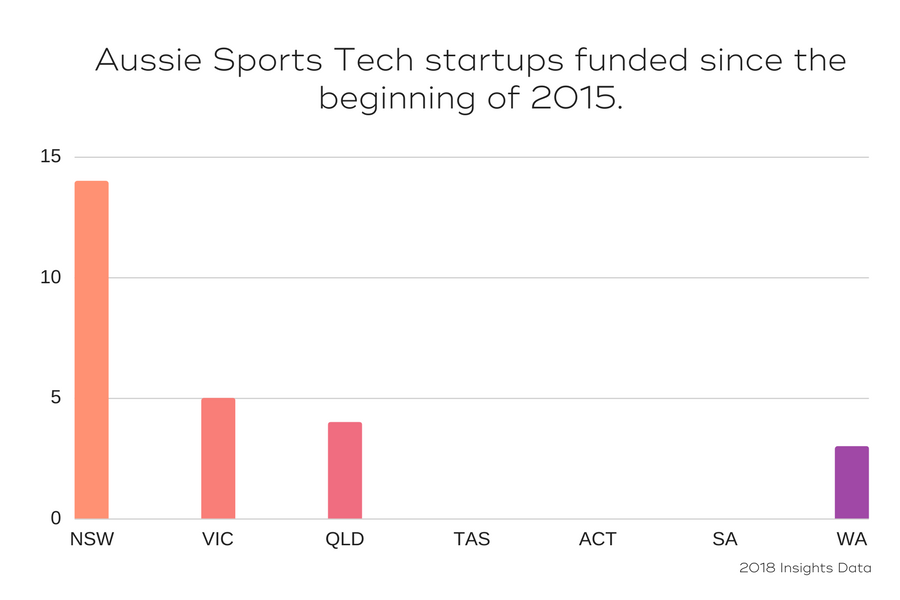 Victoria, though, seems to be leading the charge when it comes to sportstech ventures that have a mobile-first approach, with majority of the well known comparison and wellness focused platforms like Honee coming from that area of Australia.

With new nationally-focused programs like the University of Queensland’s sportstech accelerator rolling out this year, sport and fitness is going to be one of the more popular areas for new tech startups in Australia.

There are already quite a few yet to be funded startups around the country tinkering away on technologies that will change the way athletes are trained, the way fans interact with their favourite teams and players and creating entire new business models for traditional sports that they have never seen before.

I wonder which state will give New South Wales a run for its money?