GoFundMe freeze access to the Sydney ‘Vote No’ skywriters funds If we cast our minds back to the beginning of the year one of the greatest shows of global solidarity transpired when women across the world co-ordinated and executed a series of Women’s Marches the catalyst kicking off the movement being newly elected President Trump’s administration and its approach to women’s issues.

On the day of the Sydney and Melbourne marches Skywriting Australia fulfilled a customer order from a small group of local Trump supporters plastering the below across the skies. 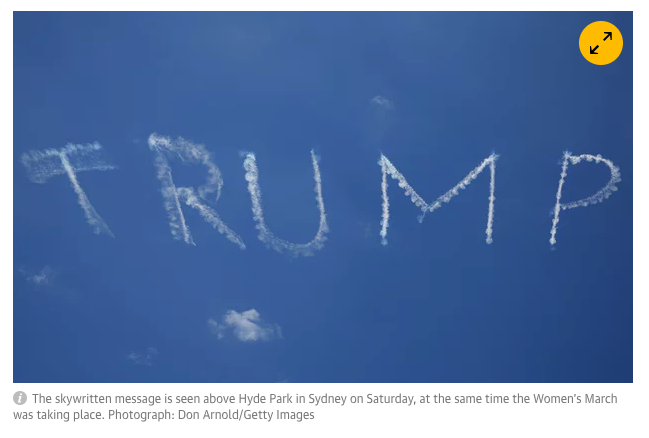 The company has not responded to enquiries from various media outlets as to whether or not it was responsible for the crowdfunded “VOTE NO” skywriting display from the weekend. The price point quoted on the GoFundMe campaign for the Vote No antic does match what they charge for a skywriter message and past behaviour clearly indicates a lack of moral code/culture of misogyny at the least – not the craziest theory to think they might also be behind Sydney’s sordid display.

A display that leveraged San Diego based crowdfunding platform GoFundMe to pay for the Vote No stunt. Which resulted in two things happening. First, the page went viral and understandably angered a lot of people who took to the comments section on the campaign to let their feelings be known – some more eloquently than others.

Given such a reaction, the small group of like-minded individuals decided from the start to remain anonymous because nothing says “morals” more than sending a message from the sky to every young LGBTIQ within a 30km radius telling them they are a second class citizen and remaining faceless throughout the process.

The thing about crowdfunding platforms though is they have terms of service preventing organisers of campaigns being anonymous, which has resulted in a standoff between GoFundMe and the Faceless Vote No posse because the crowdfunding platform has currently frozen their access to the funds they raised until they reveal their identity.