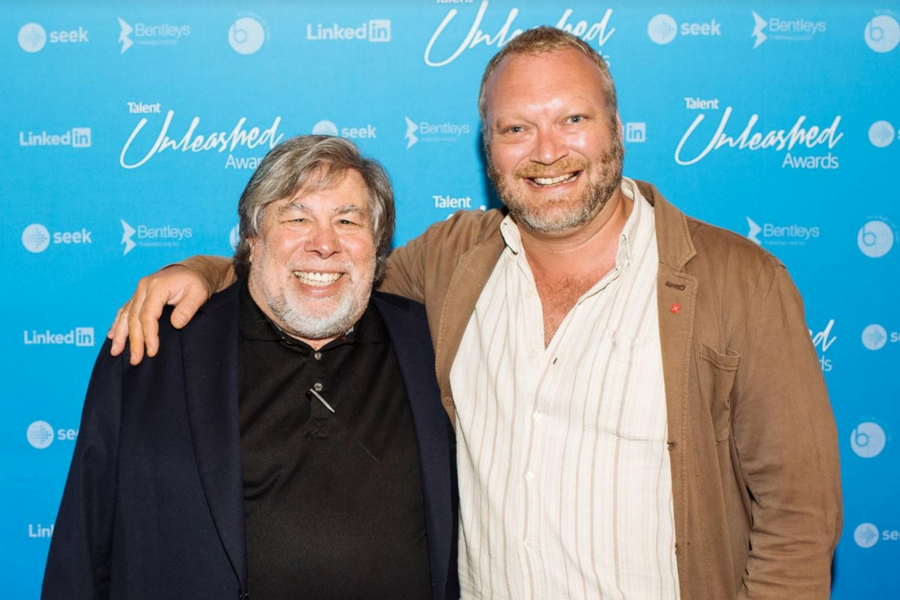 Though much of the conversation around innovation often focuses on startups, a growing number of corporates across a variety of industries are investing in innovation – not out of fear of being disrupted, but in their own bid to challenge the status quo and bring to life new ideas.

After stints at Microsoft and MasterCard, Cross took up the role at DBS Bank in 2014, attracted by the dedication the bank was showing to innovation, with DBS having at that time just released payment app Paylah.

“As an innovator, you want to try be able to try new things, to be empowered to explore the frontiers of the industry. That’s something that DBS’ management has always been forthcoming in,” he said.

“More importantly, when I joined, I knew I was joining an organisation where I could make a difference in customers’ lives.”

As CIO, Cross was tasked with inspiring a culture of innovation within the organisation. Here, he said it’s not about introducing people to new kinds of technology, but rather about getting everyone to realise they have a responsibility to innovate, no matter the role they play.

“What drives our innovation is about empowering our people to think sharper, be more analytical, and problem-solve, and all of that is directed at helping our customers to live more,” he said.

“That’s the mission we as a bank are fully behind, to make banking a seamless part of everyday life, not a tedious task or an ugly dirty word that people do not like to be associated with.”

Key to Cross’s task was shifting the tendency in the “cumbersome” banking industry to make decisions based on intuition and experience.

“The goal was to open people up to possibilities and encourage people to experiment and fail fast. Especially in Asia, failing is often seen as being negative but we wanted to break people away from this mould, to understand that from failure, they can learn and always refine and make something better,” Cross said.

“This is one of the central tenets of spurring innovation in organisations where eggs will be broken before you make the perfect omelette.”

In taking on this task, Cross said he didn’t go in with a pre-set agenda or plans to change everything in one fell swoop; instead, he wanted to start by partnering with the various businesses within the bank to understand the different issues they were facing.

“If anything, any change that would be affected would start small initially, before scaling up and positively impacting the entire organisation,” he said.

One of the first programs Cross put in place were hackathons, bringing in DBS Bank’s senior executives to work with startups.

“The point of the exercise was to break them away from traditional thinking, to think outside the box and to collaborate with others who held different perspectives. It was a fantastic experience as our leaders began to appreciate the way startup leaders are thinking and open themselves up to different ways of approaching a problem,” he said.

There are now a variety of programs in place aiming to unlock that kind of thinking across the organisation, from ‘Imaginarium’ sessions, or Ted Talk-style presentations led by entrepreneurs and thought leaders, to crowdsourcing campaigns aiming to harness new ideas and creativity across the organisation, to its UNI.CORN program, which is encouraging millennials to help DBS think about the future of banking.

“Each program has been designed to impact the way various business units operate and thinking throughout the organisation, singularly focused on the larger issue, that is creating great customer journeys,” Cross said.

Key to Cross’s work has been melding internal and external thinking.

“External partnerships have been so important to us as we build the innovation community because we know that transforming banking and pushing innovation isn’t something that can be done alone. Rather you need trusted partners that can help you get there, to break past norms, to be bold, and explore new ways of doing things,” Cross explained.

This has paid dividends internally: running the HotSpot accelerator program as a way to give back to the startup and innovation community, DBS also encouraged staff to take part to work on their own startup ideas, with the goal to show that anyone can be an entrepreneur.

More than nine teams in the accelerator came from DBS, with a number going on to raise funding to further develop their businesses.

“It’s been immensely beneficial for both sides and we’re proud to see our people developing new business, thinking, and services,” Cross said.

DBS has also established DBS Asia X, an innovation facility for both DBS staff and partners, with the aim of facilitating collaboration on new ideas and breakthrough developments to “change the way banks think, operate and serve customers”.

Since Cross’s arrival at DBS, more than 3,000 prototypes have been created across the organisation.

Recognising this achievement was the panel of judges, including Steve Wozniak, at the 2016 Talent Unleashed Awards.

Walking away with the title of Most Disruptive CIO, Cross said, “I’d be lying if I said I wasn’t humbled from being praised by some of the smartest individuals on this planet.”

Crediting DBS management and the team that has supported him for helping drive the transformation at the bank, Cross said that beyond meeting the judges, winning the award gave him a sense renewed sense of just how crucial innovation is in driving change in organisations.

“It’s inspiring to see so many others approaching innovation in many different ways and there are always lessons that can be learned from them,” he said.

For anyone thinking of entering this year’s Awards – and in general – Cross’s key advice is to have a mission.

“Having that mission centres you; it is the basis from which any of your ideas will help you accomplish anything.”