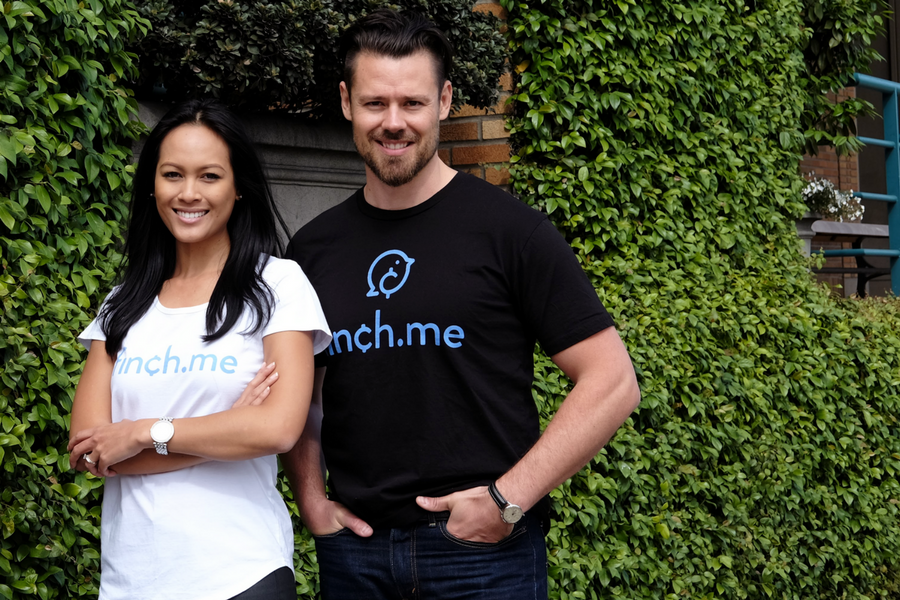 Depending on who you spend your nights out with, there’s a chance you’ll be stuck with that one ‘friend’ who’s a stickler for paying their exact dinner amount down to the last cent – there’s no rounding up on their watch.

Thankfully, bill splitting platforms such as Groupee, Splitr, and DiviPay have entered the market, offering a way for multiple users to split their portion of the bill when they’re out at dinner.

Looking to expand upon the bill-splitting model is Finch, a Melbourne-based startup aiming to take millennials on a journey from splitting bills to giving them financial insights by reading into their expenditure habits.

Launching tomorrow, the app will follow the usual routine of existing bill splitting platforms by allowing users to do what the name suggests – split bills through a secure digital payment portal.

However, also sitting ready for launch are a set of new features including the “tab” component, which allows users to rack up their group spendings over a period of time, say a long weekend, before splitting the bill thereafter. Users will also have the ability to alter the privacy settings of their groups on the platform, add social photos to the group hub, and upload receipts.

For the startup’s cofounder, Toby Gardner, consolidating these features into a centralised platform while maximising their potential in both design and usability is how the startup looks to stand out from its market competitors.

“If you want to pay a request on Finch, you can take their name, username, or phone number. You can essentially pay someone in less than five seconds. Benchmarking against other players is how we think about things, and that means being the best product in a particular market,” he said.

The idea of consolidating features also plays into what is Finch’s key focus moving forward – a financial insights platform built around the bill splitting platform.

Aiming to release the new feature in the months following the launch, the insights feature will allow Finch’s users to gain “actionable financial insights” into their spending and saving habits.

The end game, according to cofounder Shahirah Gardner, is for Finch to grow beside its millennial-heavy audience into a financial insights app that sits at the forefront of a digital solution, which for the moment involves bill splitting.

“In the long term what we’re trying to do is build a single financial platform for millennials, anywhere. As millennials move through their life stages, their goals and objectives change. Millennials today are very focused on this group who are really into going out, meeting with friends so on,” she explained.

“Finch today reflects meeting those needs and making it easier. But tomorrow those millennials may start thinking about their long-term financial goals, starting a family, careers, buying a home and we’ll look to continue supporting them through features that support those particular life stages.”

Toby added, “We find that millennials don’t really care about personal finance, but they would love to know where their social money’s going all the time, starting with telling them how much their coffee’s costing every week. It’s the first steps to helping them get on top of their financial future.

“Sometimes it’s starting small…but it can go a long way in planting that seed on getting started on sorting the rest of their financial life.”

Working in San Francisco in previous years, both Shahirah and Toby noticed the rising trend of consumers using financial apps in their day to day lives. Between splitting bills, paying expenses and tracking spending, Shahirah said she found however that there were little to no solutions combining these features within one platform.

“We asked what would this experience look like if there was one financial platform built around behaviours instead of products, and that’s how the idea of Finch came about and the reason we’ve started with a financial app for millenials, and building around the experience they have today,” she said.

Backed by experience in public relations and marketing, Shahirah also took to driving interest for the app pre-release on social media.

Beginning in January, both cofounders worked to build above 10,000 Instagram followers, which Shahirah said was an important step in the early stage development process.

“Just engaging with our customers well ahead of time and having the university students has been key. [It’s] something that we will absolutely continue doing,” she said.

Upon launch, transactions made through the digital wallet and bank transfers will be free, with the startup taking a small cut of credit and debit transfers through Finch.

As the app evolves, Toby said, the business will look to introduce additional revenue models, such as a subscription service for premium features.