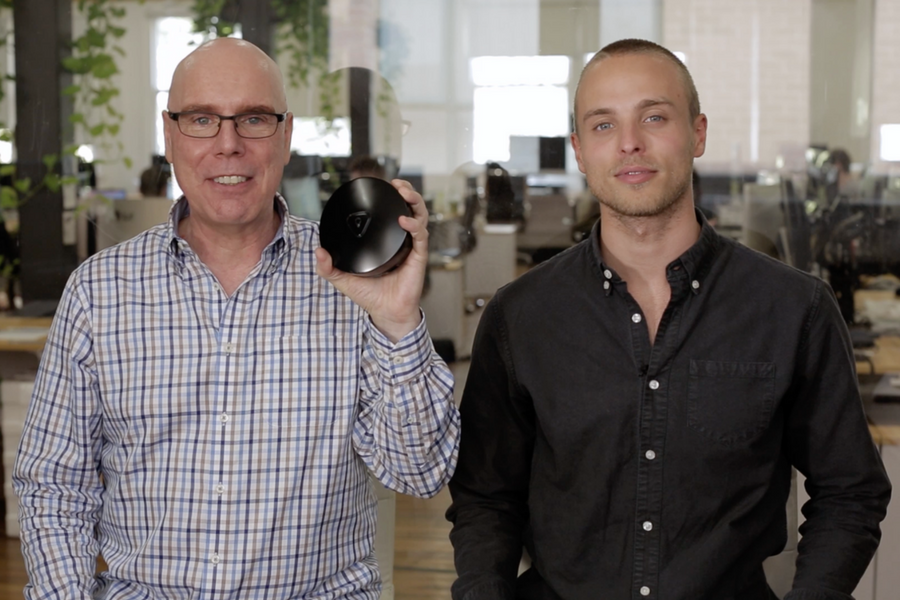 Before we start chatting to our sentient refrigerator about whether we have any cheese left, technology is first moving in the direction of helping our homes become a very different type of intelligent, focused on energy usage.

Working in this space is Sydney-based startup Wattcost, which has developed a consumer-friendly internet of things (IoT) device that slaps on a resident’s powerbox and allows them to track their energy usage.

The mobile platform behind the device is able to show a consumer which devices are chugging the most power and make recommendations to help them save energy.

The device is also able to notify a user through their mobile if a device has accidentally been left on, curing that paranoia felt in winter when you forget if you turned the heater off before you left for work.

However, one of the most appealing facets of the IoT device, believes Wattcost cofounder David Soutar, is its tiny design and the fact it can be attached to a powerbox without the need of an electrician, energy company, or IoT professional.

“Part of the challenge of the project is that we wanted it to be a full consumer product that they could install themselves. As soon as you get an electrician or someone else to install it, you’ve already lost the consumer selling proposition, from a price and inconvenience factor. That showed up really really early. We knew we needed to develop something for a consumer,” he said.

“So essentially it’s a little camera sensor that you stick on the front of your meter. It works on a meter anywhere in the world, whether it one of the old spinning disk types or one of the new electronic types.”

Soutar, who previously worked internationally in the mobile phone industry, eventually landed a role as an architect, where he began designing buildings that were energy efficient. His work soon attracted the attention of a company working across the US and Australia on building automation and energy efficiency for the commercial industrial space, and so the entrepreneur to moved to Australia.

“That’s where I saw the opportunity in residential properties, as I saw that nobody was really helping consumers. I looked into what the real problem was and why has nobody had solved it before,” he said.

His research found that a consumer product hadn’t eventuated due to financial and technological restrictions in the past. However, it was now 2012, and the cost of research and development (R&D) efforts had dropped, and integration of technology, such as WiFi and mobile platforms, had become accessible to the average consumer.

“The convergence of opportunity around smartphones and WiFi networks and the cost of developing these systems has come down a lot. It wouldn’t have been possible years ago as a small startup; we would’ve needed a massive amount of R&D,” said Soutar.

Working out of Fishburners in Sydney, Soutar collaborated with almost 30 different people over the project, a four year journey that would lead the startup through the prototyping stage and towards a full version of the product.

Now, the ‘Wattcost’ device is undertaking a crowdfunding campaign, set to ship the first batch of the device in September.

To help consumers set up the device is the Wattcost app, which will guide users through step-by-step on how to attach the device to their powerbox. To alleviate any mistakes, the app will request a photo of the installed device before the Wattcost can be connected to a WiFi network to begin streaming data. As for how the IoT device is powered, Soutar said it’s simply four regular alkaline batteries.

“The irony is that there’s no powerpoint on the powerbox, so we came up with a way for the device to work off WiFi from regular alkaline batteries. We’ve managed to achieve better than six months run time off just four batteries,” he explained.

Storing “impulse data” at the rate that electricity is being consumed on the cloud, the platform’s recommendations to a user are backed by artificial intelligence and machine learning, which Soutar said helps to “personalise” the experience.

“The big challenge within IoT is not getting volumes of data, but the interpretation and personalisation of it. We have a lot of layers of AI and machine learning, so the device learns what people want to know in their home. [For example] saving opportunities, which may lead it to show me a leaderboard of all the options I’ve got for buying electricity, and what’s the cheapest for the way I use electricity,” he explained.

The Wattcost is also able to track solar energy, showing consumers how much they’re saving and generating with their solar panels. As for the average household device, the Wattcost will tell a user if they’ve accidentally left a device on or if they’re using a device at an expensive time of the day, through notifications sent on the mobile platform.

Also working with solar energy is RepositPower, a startup suppling an IoT battery device which stores solar power and sells it back to the grid to help homeowners save on their electricity bill.

Aside from helping residents save on their electricity bill, Soutar said the device fulfils the startup’s objective of helping people get carbon-neutral, in a way that “makes the most sense”.

Looking ahead, Soutar said the business has identified the rise of smart home IoT devices such as the Google Home and Amazon Echo, and has already prepared the Wattcost to integrate with these platforms.

Last year saw the Amazon Echo and it’s Alexa AI sell 5.2 million units worldwide, more than doubling its sales from the year prior.

“To us, they’re going to be the dominant connection platforms for residential properties,” said Soutar.