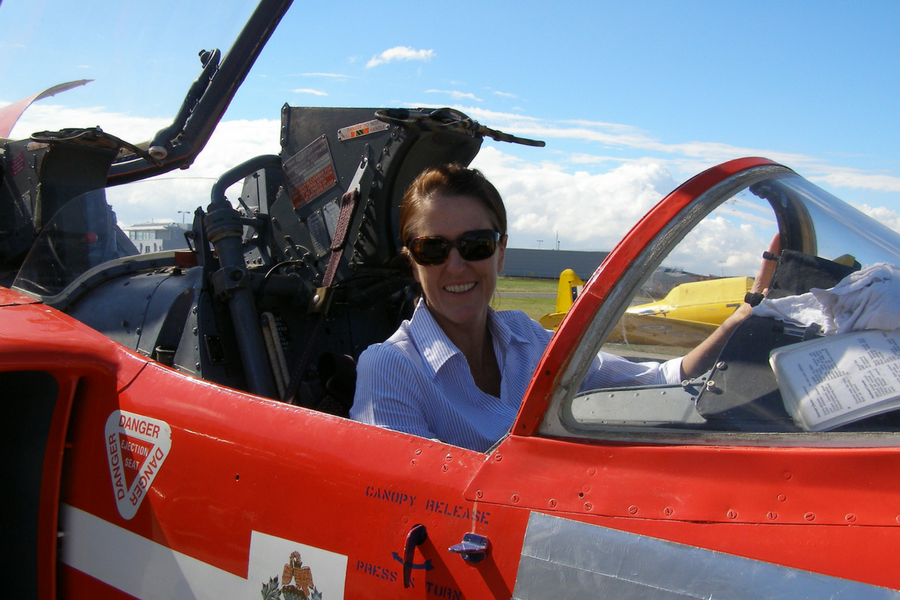 It’s surely impossible for anyone to ignore the urge to look up at the sky once they hear the obnoxiously loud murmur of a helicopter flying somewhere above.

Over the years, a number of entrepreneurs and military research labs alike have worked to reduce the beating sounds of these aircraft by working to design a stopping rotor – a rotor wing designed to stop spinning to achieve forward flight, acting as a fixed wing to provide the aircraft with the lift it needs to carry its weight.

There are, of course, other uses of the technology too beyond noise reduction, such as the ability for the aircraft to take off vertically, like a helicopter. Unlike a helicopter, however, a stopped rotor can easily transition from low to incredibly high speed forward flight, then back to low speed again to land vertically.

Currently, a functioning stopped rotor (or rotors) attached to a hybrid aircraft (such as a helicopter-aeroplane mix) capable of carrying a substantial loaded weight, such as passengers or equipment, hasn’t been developed yet. Most in existence can only carry small weights and achieve slim flight times, counteracting the purpose of the stopped rotor in the first place.

Working towards evolving the technology is Perth-based startup StopRotor, which has developed its own intellectual property (IP) for its flagship StopRotor Unmanned Aerial System.

Using a specially designed stopped rotor, the startup has achieved flight of a compound “rotorcraft”, or a helicopter-aeroplane hybrid with a forward flight engine capable of carrying up to 20kg.

The startup’s managing director, Deanne Watkins, explained the basic elements of the aircraft and helped cut through the technical mumbo-jumbo.

“We’ve custom designed the rotor wings, and obviously being a small startup we’ve used as many off-the-shelf resources as we can, since we obviously don’t have a huge budget. So we combine that with a custom air frame and operating system,” she said.

“It’s a major challenge, but we’re working through the challenge.”

The technology was invented by Rowan Watkins, a veteran of the aviation industry who established StopRotor in 2013.

At the time, Deanne explained, no one had achieved the “holy grail of flying” since the inception of the stopped rotor early last century.

“There have been a few attempts; the idea of stopping the rotor to use in flights was actually thought of in 1922 before the helicopter was even invented. People theorised they could do it. So that led to attempts in 1937, and again by NASA in the 70s,” she said.

When the helicopter was invented, Deanne said the impact was substantial, as having the ability to take off and land an aircraft in a confined space was “amazing”. However, once a helicopter rises above “treetop height”, they become a lot slower, a lot more expensive to operate and to service.

To put a number to it, a helicopter’s forward speed is capped to approximately 402 km an hour, due to limitations with the rotor blade tip speed, which cannot exceed or approach the speed of sound without experiencing high drag which can cause issues such as tipping the the aircraft off balance.

Deanne said over the years that other companies had delved into various ways to facilitate the technology, following alongside mainstream advances in aircraft technology, although none got too far.

“So Rowan set about taking his research back to the industry-proven helicopter rotor, the most optimal way of lifting something vertically, and transitioning that to fixed-link aircraft, or aeroplane,” she explained.

“He investigated how these flights could be achieved through starting and stopping the motor mid-flight that was achievable. It was about developing a method that other companies had not. That’s what started out journey down this path.”

Currently, StopRotor has its central prototype, as well as a smaller test aircraft to test out some of the startup’s earlier ideas. The StopRotor IP has been patented in Australia, China, and in the US, with its European registration still pending.

“To lose one of the big aircraft would be not-happy, so we’re trying to mitigate that with our mini one, then transition tests to operating the larger aircraft,” said Deanne.

Development was supported by a commercialisation grant from AusIndustry in 2015, which also granted the business access to knowledge-based resources that Deanne said were key to helping develop the product.

StopRotor also raised $200,000 to help with the development of the prototype.

Discussing the commercial use of the StopRotor technology, Deanne said the startup is currently working with Western Australia’s Murdoch University, who are looking for a platform that can complete extended flight times while acting as a vessel for the universities research products.

“Defence is interested in the technology as well, to launch off confined areas like a ship and stay in the air for a while,” she added.

The current technology used in the Australian army, Deanne explained, comes with “onerous” requirements due to its large physical weight, meaning it’s both expensive and logistically difficult to launch and transport.

“You need at least 22 people to launch it. So obviously it’s not very expeditionary, so having a system that can be have a lightweight launch and maintain flight coverage for a while is something that is very advantageous to the army,” added Deanne.

To connect to the Defence industry, Deanne said StopRotor will look to leverage the opportunities within the government’s online Defence Innovation Hub and Centre for Defence Industry Capability in Adelaide.

As for the IP product, the business is looking to develop prototypes as it aims towards having reliable “demonstration capabilities”, and expanding its flight capabilities towards being able to handle 10 hours of reliable flight time.