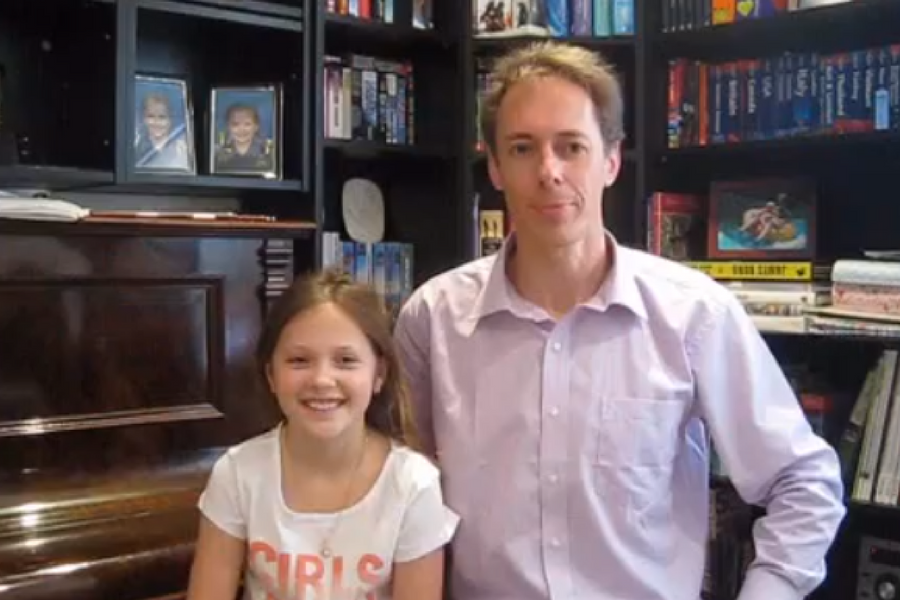 Seeking a way to streamline the diabetes management process for himself and his daughter led entrepreneur Simon Carter to create PredictBGL, an insulin dosage app for people for Type 1 diabetes. The app allows users track their food intake and exercise, meshing it together to calculate insulin dosages and predict fluctuations in blood sugar levels.

Typically, Carter explained, parents of children with Type 1 diabetes patients have to buy expensive devices such as glucose trackers to help monitor blood sugar levels. The device, he said, sits under the skin and measures the blood sugar level of the person every five minutes, notifying parents if the user’s blood sugar levels gets too low.

The device is predominantly used to monitor people with Type 1 diabetes overnight, a time when patients can be at higher risk due to their blood sugar level dropping while they sleep. This risk factor, Carter explained, is even higher in children.

“If they have too much insulin overnight they’re not aware if their blood sugar gets low, and can actually die overnight. It’s something that is a huge concern to both parents of kids and adults with Type 1 diabetes,” he said.

“You never really know what’s going to happen when you inject. You’re really relying on getting the right amount and the right sleep. And often you have to take a ballpark guess of the amount of insulin to take.”

Finding himself struggling with the overnight dangers, Carter, an electrical engineer, began developing a web-based system to log things such as food, and eventually calculate the dosage of insulin to take. Following an average day of his daughter going the school, the results of the platform began to show.

“So rather than my daughter coming home with a high blood sugar level every day, she’d come home with a reasonable level,” said Carter.

The next step was being able to predict blood sugar levels through the platform, a task which Carter said involved getting the app’s prediction algorithm to a place where it could be “ballpark correct” and working from there.

“I figured, even if I begin with it being right half the time, there has to be a way,” he said.

Combining guesswork and data, Carter got the platform to a point where it was able to show if his daughter was likely to be low in blood sugar overnight. Figuring the platform could have a wider application, Carter offered PredictBGL online, working up to 6,000 users over the years.

A few years back, the startup entered the 500 Startups pre-accelerator, securing some early seed funding and helping accelerate the business forward.

“It wasn’t great in terms of UI or anything, but it worked. We had some people pay us for that and eventually got some funding to do an app. Now we’re up to about 12,000 people that have tried it out,” said Carter.

PredictBGL asks a user for a handful of data about themselves upon sign up, including vital information such as their insulin dosage.

Food and fitness data is then tracked through external apps, with PredictBGL integrating data from platforms such as MyFitnessPal to see the carbohydrate and protein levels in the user’s diet, data which is key in predicting blood sugar levels.

“Rather than build a food database, we said, let’s just pull that data from other apps that do this really well to track things like carbs and protein,” said Carter.

The app works on a monthly subscription model, with new users able to access a free month trial period to test if the app if right for them.

“For some people it’s not their cup of tea, since if you have Type 1 diabetes and use this app, you have to log stuff so that app can project data,” said Carter.

Discussing the process around getting medical apps registered under regulation, Carter said businesses have to go through the Federal Government’s Therapeutic Goods Administration, an arm of the Department of Health.

However, understanding the ins and outs of this process, Carter said, was anything but straightforward.

“They haven’t updated their guidelines since the 1980s. The regulation guidelines for apps are the same that apply to x-ray machines. They let innovation occur first, then they step in and regulate,” he said.

Eventually, Carter said the act of getting approved was revealed to be pinned down to a dollar amount – more specifically around $50,000 for approval within Australia, and upwards of that amount for various regions and countries internationally.

“You can’t get regulated without funding,” summarised Carter.

Looking forward, Carter said he has a number of new features in mind for PredictBGL going forward, which wait in the pipeline as the startup continues to earn revenue and accumulate new users.