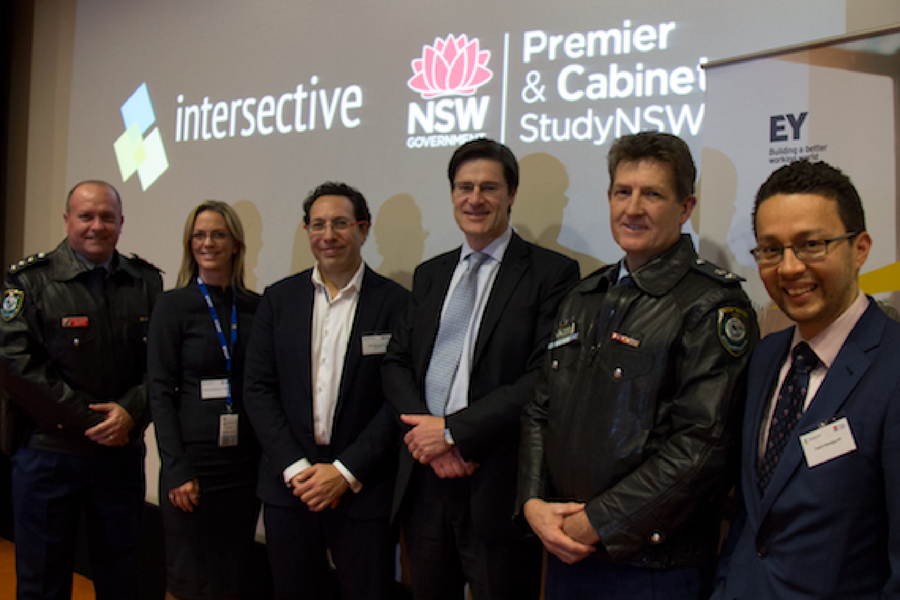 Anyone who has been either a student or educator at an Australian university over the last decade or so will likely be able to recall the birth of elearning and the introduction of course management platforms such as Blackboard Learn – the scrubby, hyperlink-heavy system which now forms the basis of seemingly every major Australian university elearning site.

Expanding on the concept of an elearning platform is Sydney-based startup Intersective, with its flagship technology Practera. Through an online platform, the Practera system allows educational institutions and organisations to build online programs designed to support “experiential learning.”

This type of learning, according to the startup’s cofounder and CEO Beau Leese, involves taking skills learnt in the classroom and applying them to real-world situations.

Essentially, the Practera system is used by educators to build programs and apps, with the developmental help of the Intersective team, to facilitate “real world” work experience and skill development between student, educator, and employer, who is behind the real-world training.

Leese summarised the platform best with an example of an online program built for one of the startup’s clients, the University of New South Wales (UNSW).

“UNSW runs an industry experience program where they put 100 interns in 100 companies. They’ve built an online version of that program in Practera, and use the software to keep tabs on the interns. The interns have a structured template to follow and report online, and going through the experiential learning loop provides UNSW with real time data about how the students and educators are tracking,” Leese explained.

“That stuff about formal programs like internships, business programs, mentoring, accelerators, they all happen in the workplace, networks and organisations managing ecosystems. So we’ve built a cloud-based experiential learning platform which enables programs and apps which improve the outcomes for people running these programs, as well as mentors and learners trying to engage with them.”

Leese developed the idea for Intersective and the Practera system beside Wes Sonnenreich, while both cofounders were working at professional services firm Deloitte in 2010.

As the company’s Higher Education Consultant, Leese worked directly with universities, such as the University of Sydney (USyd), on how to build scalable and manageable education training programs for students, which was a difficult task.

The pair began imagining a solution to solve the scalability problem.

“For a couple of years we experimented and learned about what it takes to make these programs. Wes started building the Practera platform and found that these businesses and universities have to do better experiential learning,” added Leese.

Having these clients from the get-go helped the the pair “craft the company”, with Intersective also gaining support from a government commercialisation grant and three grants over the years from Jobs for NSW.

“This was really good for us because it’s a hard problem space, and experiential learning is not something that people have a lot of training or awareness in, but it’s becoming increasingly important in the modern world to develop professional skills,” added Leese.

Working beside USyd, Intersective developed a project for the university’s business school, helping its influx of international students to gain professional skills from a corporate without undergoing the process of applying for corporate internships.

“Incoming students work through a criteria based action to engage them with professional skills, and USyd found they had a thousand percent increase in engagement by using the Practera app,” said Leese.

“The other thing they do is build an experiential case study on the Practera app, where teams of students solve a real-world case study using video, and it’s sent to mentors of industry from places like Westpac or CFA. They’ll comment back on the student’s work, and it’s kind of a practical-based learning situation. Then USyd can track the analytics and data behind this.”

Once a program has been developed by the startup, employers and students can be invited to join the platform through an email link, asking them to complete a quick registration process. While the student completes tasks, the educator is able to view analytics in real time, with the ability to access an audit and assurance report at the end.

Since its inception, Intersective has built more than 50 programs and apps, holding clients including the Australian Department of Defence, Science and Technology, Study Melbourne, the University of Technology Sydney, and the Queensland Government.

The business has also gained clients overseas, such as New York University and RMIT Vietnam.

Sonnenreich said international growth is now on the cards for the business, as they continue to accumulate both local and global clients.