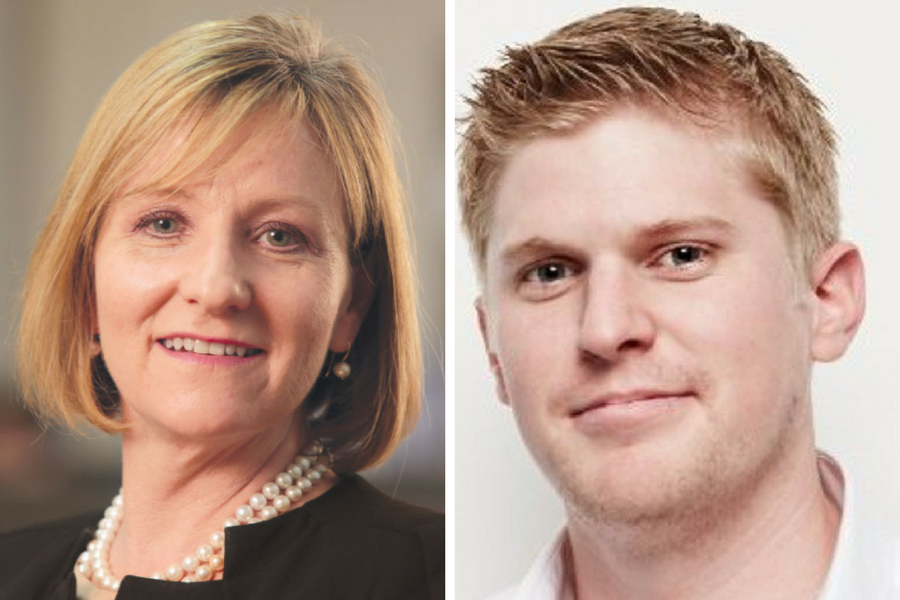 This spend is due to a population that is both growing and ageing, with advancements in medicine allowing people to live longer with illnesses: in 2014-15, more than 11 million Australias had at least one of eight chronic conditions, such as arthritis, cardiovascular disease, or asthma, with 5.3 million living with two or more of the eight.

Acknowledging the problems facing the increasingly burdened Australian healthcare system and aiming to play a part in solving them is HCF, which is looking to collaborate with Startups and Scaleups to boost its own innovation capabilities and, in turn, solve wider problems in the sector.

“Our vision for our organisation is to make healthcare more affordable, understandable, high quality, and customer-centric, and that really requires a lot of innovation in the healthcare system,” said Sheena Jack, Chief Strategy Officer at HCF.

“While we have a certain level of innovation within the organisation, it’s also really important to reach out and tap into the really great ideas and disruptive business models that are out there…as the largest not-for-profit health insurer, we look at this in terms of, what can we really do for the benefit of our members as well as the community at large?”

It was this thinking that saw HCF to partner with the team behind CoVentured to identify Startups that were ripe for collaboration, and it was this that led them to Curo.

Founded by brothers Matt and Tim McDougall, Curo installs a set of sensors in a home to help families and carers of elderly people monitor their activity and wellbeing unobtrusively. With the system collecting and analysing data to determine trends, it can alert carers should there be a shift in a pattern.

The idea for the product came from the brothers’ experience seeing their grandfather start to go through the ageing process, and finding that the majority of products or solutions available to support the ageing and their families were more reactive than proactive – for example, if somebody falls, call an ambulance.

“We felt there had to be a better way to support people in a proactive sense, looking for patterns that are occurring in people’s natural behaviour that could allow us to intervene earlier and also reassure us when things are actually okay,” Tim said.

“A lot of things that go wrong are actually because people are making assumptions about how somebody’s going rather than basing it on facts.”

With this in mind, the brothers set about developing a product that would both be able to reassure families or carers that everything is okay, and pick up on the subtle changes that indicate the start of a decline, allowing for early intervention.

Also key for Curo was the dignity of the person being looked after.

“We didn’t want people to have to wear anything, push anything, charge anything, or do anything that’s outside of their normal behaviour…that was really important to us as well,” Tim said.

The Curo team originally envisioned selling the product direct to consumer, however Tim said it wasn’t long into the development process that they realised that the product was one thing, and getting it into homes was another.

“It was all great for us to build a product that helps identify changes in people’s lives, but the other half of it is, what do you do with that information?” Tim said.

“What we missed early on was that corporates are the ones that have the capacity, the skill sets, and the experience, to actually act on that.”

With this realisation, the Startup began conversations with a number of insurers; they then got a call from the team behind CoVentured asking if they would be interested in connecting to HCF. Knowing how big the company is, Curo accepted.

As HCF and Curo built their relationship and got to know each other, the synergies and potential opportunities for collaboration became clear.

“The more that we spoke to them, the more we felt this is the kind of company we could partner with as opposed to just having a customer/supplier relationship with. The more we went down that path, the more we thought about what that could look like and the more we wanted to understand their decisions, what their strategic plan is, and how they view the space generally, not just on a day to day operational sense,” Tim said.

“I think that’s where we started to see real value and a shared view. It’s one thing to say you’re a not-for-profit, but what does that mean? What are their drivers? The more we understood this, the more we thought, this is so close to the way we feel, and it just made sense.”

Similarly, with Australia’s population ageing and the question of how to keep elderly people in their own homes for longer one HCF has been mulling over, Sheena said that Curo’s vision aligned clearly with that of the corporate.

“We saw that this was a product that had enormous potential, not only for our elderly members, but there is also a generation, called the sandwich generation, that still have young children and are also trying to balance care of elderly parents, and that was very much a need in our membership. It’s also a worldwide issue,” Sheena explained.

HCF invested $1 million into Curo last September, however the relationship between the corporate and the Startup goes beyond funding.

As well as giving the Startup a far greater understanding of the wider healthcare sector, Tim said, HCF has also helped validate the Curo product and direct its go to market strategy.

The two organisations have also been collaborating on a number of pilot projects; with an area of the HCF business delivering home care for the elderly, the company saw a fit to trial the Curo product in a number of homes.

According to Sheena, the impact of the Startup’s technology in these homes is already being felt.

“I heard a wonderful story about a client of our home care business; this lady normally goes to the fridge on a very regular basis, but on this day she didn’t,” she said.

“Because Curo sends an alert if there’s a change in behaviour, we were able to call that lady and realise she hadn’t gotten out of bed all day, which meant she hadn’t been able to take her medication. We were then able to send around a nurse to help her with what was going on on that particular day.”

HCF and Curo are also currently working together to look at how the Startup’s technology might assist in reducing hospitalisations: a pilot project is in the works to test a group using Curo against a control group and assess whether the technology can help people receive the right kind of care in their own home rather than being admitted to hospital.

If that wasn’t enough, the two companies remain in regular contact as they look to to identify further opportunities for collaboration.

“There’s no formal arrangement, and I think that’s a good thing; it means we’ve leaned on HCF and asked for their help when we need it, and respected their time and resources when we don’t,” Tim said.

Having a brand name like HCF backing Curo has also helped open doors for the Startup.

“It immediately builds credibility…there’s no doubt having a large corporate that people consider to be credible and trustworthy and knowledgeable in the industry working with us has a good brand benefit,” Tim explained.

“The direct relationship is also important; there’s nothing like HCF introducing you personally to someone at another health insurer overseas. For us, that’s one of the biggest things they could ever do, just pick up the phone and say, we back these guys and think you should consider doing the same. That’s gold dust to us.”

For HCF, Sheena said the company’s work with Curo and other Startups has had a “fabulous flow-on” effect throughout the company.

“There’s enthusiasm around the fact that we’re actually doing something really helpful and great for our members, and also that we’re trying to be really innovative as a company.”