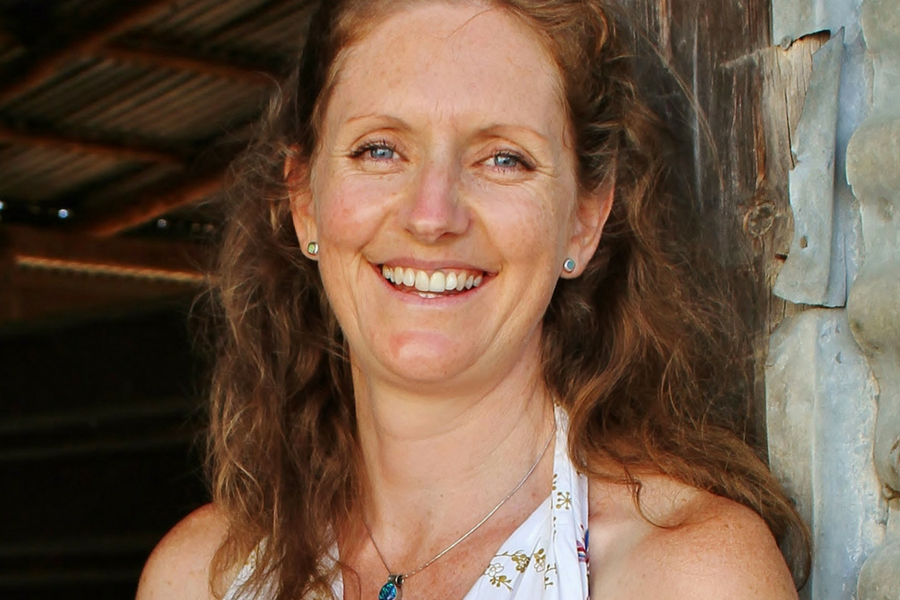 Living in a rural community can be isolating. There is the simple fact, first of all, that you are geographically isolated, with just a couple of thousand people in town and hours each way to the big smoke, but there can also be a sense of isolation in terms of thinking, of being the only one interested in a certain thing and not having anyone to talk to about it.

Of course, that’s where the internet comes in, and looking to help women across rural Australia fully harness their potential in business is The Rural Woman. The online platform and its broader community looks to connect women and give them the tools, resources, and networks to bring their ideas to life.

The community’s founder is Rebel Black, who describes herself as a “human agronomist”.

“That’s someone who looks to what the root cause of what challenges and issues are and then goes to curate solutions, finding the elements that a person, business, or organisation needs to really flourish and thrive and bloom where it’s planted, which is our motto,” Black explained.

“For me, I feel like my job is more of a curatorial role in really getting to know people and understanding what’s going on with them and connecting them to the solution or the parts of the solution that are going to help them take the next step and get to where it is they’re wanting to go, so we do that using tech for women who live in isolated communities.”

The platform is the streamlined version of things Black has been doing her whole life across various businesses and roles, amplified by the internet; living in Lightning Ridge, a 10 hours’ drive from both Brisbane and Sydney, isolation was something Black felt herself, both personally and professionally, and the internet helped in overcoming it.

“The internet at various times in my life has saved me by being able to connect me to practitioners and healers and different ideas and new people and just opportunities so I wanted to create a space where that’s more prevalent, and bring all of that into one place,” she said.

The idea to bring it all together came to Black in a dream, she said; after writing it down, she got a basic WordPress site up within a few days and ran her first webinar to tell people what she wanted to do and get a community started, encouraging people to write and share their stories.

This grew into a series of regular webinars, storytelling, events, and a coaching program, and as of March, an all in one online platform looking to give women the tools they need to start their business, step by step.

“I’d invested a lot of time, money, and energy into learning how to build an online business, so I wanted to simplify it, because it’s really cumbersome,” Black explained.

By giving women these tools, Black hopes The Rural Women can help them overcome the barriers they face in getting started – with the first challenge being confidence.

“First off, there’s that feeling of, am I good enough to have an online business, is what I’m offering even something that can go online? It’s that confidence, first of all, to put themselves out there in that kind of way,” Black explained.

This is an issue Black has faced herself; during our chat, she said she had never truly seen herself as running a tech business until receiving my email, after which she began to shift her point of view.

Having launched the community in 2015, Black has been largely self-funding its growth since, reinvesting membership revenues back into the platform’s development. She was lucky to find a developer who bought in fully to her vision, Black said, but balancing the need to spend on further developing the platform in order to help it grow while also being able to pay the bills hasn’t always been easy.

“Cashflow has been one of the bigger challenges,” she admitted.

“I see a lot of my own patterns reflected in other women I see in business; we’re very afraid we can’t pay the bills this week so we go and do something else, but then you lose focus on the longer vision of what you’re trying to build.”

What got Black to the point where she was comfortable with the cashflow situation was plotting out the goals for The Rural Women – but forget a five or 10 year plan, Black set out “tangible, measurable outcomes” for each year to 2041.

“As soon as I did that, as scary as it was, I felt the pressure for that immediacy really lifted,” she said.

The goal for the next 12 months is to support the launch of 100 new female-led startups across rural Australia, with The Rural Woman to be focused over the next few months on content development and bringing on key strategic partners.

“The more rural women we get into online commerce, the more empowered our rural communities are economically, financially, and socially,” Black said.