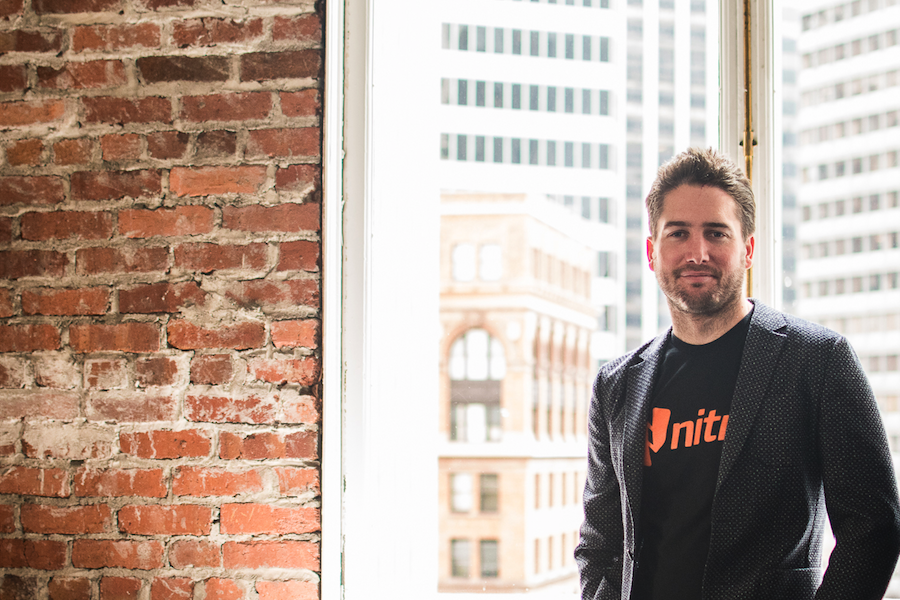 The startup, founded in 2005 as an alternative to the category leader Adobe Acrobat, allows users to easily create, edit, annotate, convert, collaborate on, sign, and share PDFs.

It has raised a total of just over US$36 million to date, with a US$6.6 million Series A round coming from Australia’s Starfish Ventures in 2012 and a US$15 million Series B round having come in November 2014.

Sam Chandler, founder and CEO of Nitro, said the support from investors puts the company in a strong position to fulfil its growth ambitions in the enterprise as it continues to scale its operations globally, with the funding to be put towards expansion and R&D efforts.

Alongside its San Francisco headquarters and Melbourne presence, the company in 2014 opened an office in Dublin. Nitro now boasts over eight million users monthly users at 600,000 companies worldwide, among them half the Fortune 500; its largest customer came on board last week, adding 20,000 users.

Locally, the company saw an increase of 55 percent in year-on-year sales across the Asia-Pacific region last year, with customers including Bluescope Steel and the Australian Bureau of Statistics coming on board.

Nitro’s growth has also been fuelled by a partnership established in 2012 with Lenovo, with Nitro coming pre-installed on select Lenovo desktop and laptop computers globally, and the acquisition of doxIQ in 2015 to boost its analytics capabilities.

Rejeev Gupta, partner at Alium Capital, said, “Nitro’s growth opportunities are driven by global enterprises demanding flexible tools for creating, sharing, and collaborating with documents. Adobe led this category for years, and we believe it is now Nitro’s time to dominate in document productivity and workflow.”

Ben McCallum, portfolio manager at Regal Funds Management, added, “Nitro has successfully transformed from an Australian startup with an online product, to a globally respected enterprise software company providing a digital transformation platform to some of the largest companies in the world.”

The participation of Alium Capital, which also announced today its investment into Australian startup HealthEngine, and Regal Funds in the Series C marks a return to Australian investment for the startup; after raising the Series B from Battery Ventures in 2014, Chandler told Startup Daily that the US was ““the only place we could raise $15m with the potential to raise tens of millions more if we ever wanted to”.

He said, “If we want to go really big, US VCs run much bigger funds than anywhere else in the world, and are more experienced at later stage investing where that operational expertise really helps.”

Much has changed since then, of course, with Square Peg Capital last month announcing it had raised a $235 million fund and AirTree Ventures late last year locking in $250 million.