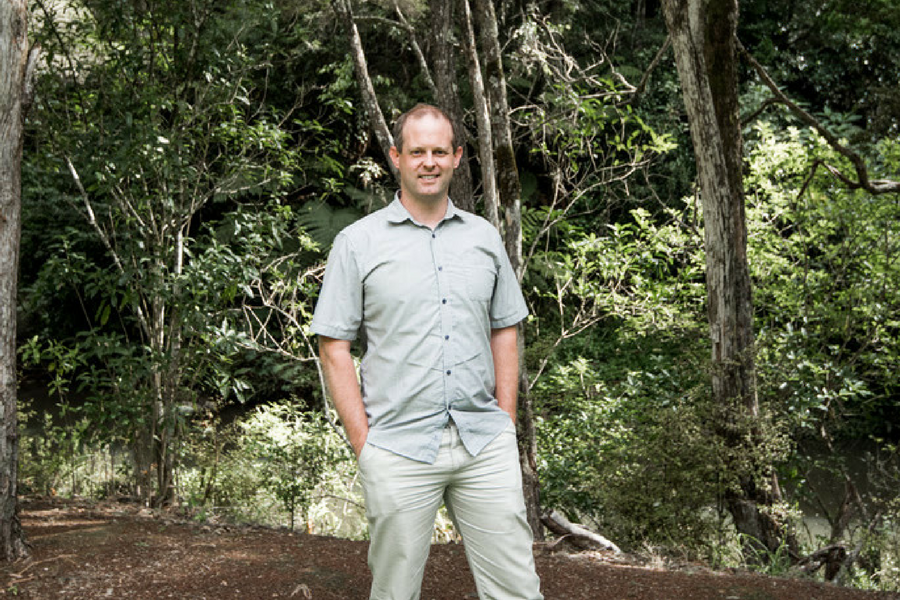 Though the world of accounting software is more sophisticated than it has ever been before, for various types of organisations there are still some key features missing.

That’s what Adam Clark found while working at Xero and chatting to charities using the software: it worked great for many things, but it didn’t help speed up the process of creating annual receipts for donors. So he started to build Donation Manager.

At its most basic level, Clark explained, it allows a charity to quickly generate donation receipts for donors, a process which most small to medium charities are still doing manually.

“If you consider there are over 15,000 active charities in New Zealand, and each was to save even just one hour a year – which I hope would be a minimum saving – that’s 15,000 hours volunteers can spend on solving the problem their charity has been set up to solve,” Clark said.

Clark, who had been involved with various charities since he finished studying, took a job at Xero in 2011, where he said the company “kind of let me loose” in the sales and customer experience areas. Here, he was able to talk with hundreds of charity treasurers and administrators about the problems they faced.

A number of key issues kept coming up in these conversations: that there was no charity-specific software available at a reasonable cost to help decrease their administrative burden, with the time taken to make and send out annual receipts a frequent example; that charities have problems with both engaging existing donors and attracting new ones, which flows onto declining revenues from private sources.

Clark began looking at how to start building the platform in 2013, at which point he said there was nothing in the market that came close to helping charities with their needs.

“There are some more options out there now, but they are still relatively expensive, or lacking in functionality,” he said.

Despite his links to the tech community, the journey from initial idea to launch wasn’t exactly an easy one, with Clark saying he almost gave up a few times.

“The initial concepts were developed based on conversations with all the charities, and then refined based on my light BA work with Xero developers on functionality directed at accountants (which is now morphing into Xero HQ).

Clark incorporated the company in 2013, and put the development out for tender on Freelancer, awarding the contract to an overseas development firm that had solid positive feedback.

“However, milestones dragged out and a six month build turned into a half built product in 18 months. When they were due to provide me with source code of their latest updates to receive their next tranche of funding, they disappeared off the face of the earth with me a few grand out of pocket; not brilliant as my wife was studying and I was on a single income,” Clark said.

It took him a while to recover, Clark said, and in mid-2015 he had some spec work done by a local development firm which put the cost of local development far out of the reach of his ability to self-fund. He shopped around local social enterprise investors to see if there was any interest in funding a build, but had no luck.

At the end of that year he posted another job on Freelancer to have someone build a “very, very basic” version of the software based on a WordPress back end. When this was done, he went out to charities to let them know it was there, and got a number on board.

With this, Clark said he judged the venture as a “limited success”, deciding that if it was going to work, the software had to be operated by a charity itself so that any profits could go back to charities, with the hope that some others might “pick up the tab” once they saw the impact it was having.

“Running it through a charitable trust allows me to take advantage of enough free software offers from corporates to keep current level overheads extremely low, and manageable from a personal perspective,” he added.

From there, Clark reached out to a New Zealand tech Facebook group to explain the concept and ask what a reasonable rate for a local build would be. Here someone offered to come on board and build the front-end in his spare time, if Clark could get someone to build just the back end – so he sold the last of his Xero shares, borrowed some money, and brought on development agency Enspiral Craftworks.

But that wasn’t the end of the story – the front-end developer ended up having to leave the project due to medical issues. Luckily, the developer at Enspiral Craftworks could take over the whole project, so Clark extended his mortgage and got her to finish the job herself.

For a charity, getting started means signing up and inputting all the relevant details about the organisation, and then figuring out what they want their annual receipt or letter to look like.

They can add contacts manually or import a CSV file, then create donation transactions to match the contacts, again manually or by importing from CSV or Xero.

“The process is a lot more straight forward if they use Xero, as naturally I have leaned the product towards working best when there is an integration,” Clark said.

“Once they have all their donation transactions for the year added in and matched to contacts, they click a couple of buttons, and their annual receipts are ready to download in PDF format. The charity user can then either post or email the receipts to their donors like they normally would. We definitely want to streamline that final part of the process in the future.”

Clark is looking to extend the platform in the future by creating a donor portal, allowing donors themselves to get easy access to their end of year receipts in a single place.

“There is a lot of friction in the donation process, and one of the areas identified by [the Inland Revenue Department] and [Department of Internal Affairs] is the administrative burden in claiming the donation tax credits,” Clark said.

“If a person could login at the end of the year and access all of their donation receipts from a single place, it would make claiming the tax rebate so much easier. And I’m hoping if it’s easy to claim the rebate, it will increase people’s confidence in donating more to charities.”

With so many years spent building the platform, Clark said he now has a number of charities waiting to use it, while he will also look to go deeper into the market by tapping into the contacts he made while at Xero.

There are two main competitors Clark sees in the space, Infoodle and Vega, who he wishes “all the best to as they are trying to help the sector as well”, but believes that Donation Manager’s features and the fact it’s free put it above the rest.

Looking ahead, Clark aims to bring on funding to further develop the platform. As well as the donor portal, in the pipeline is the integration of a CRM system to help charities better communicate with donors.