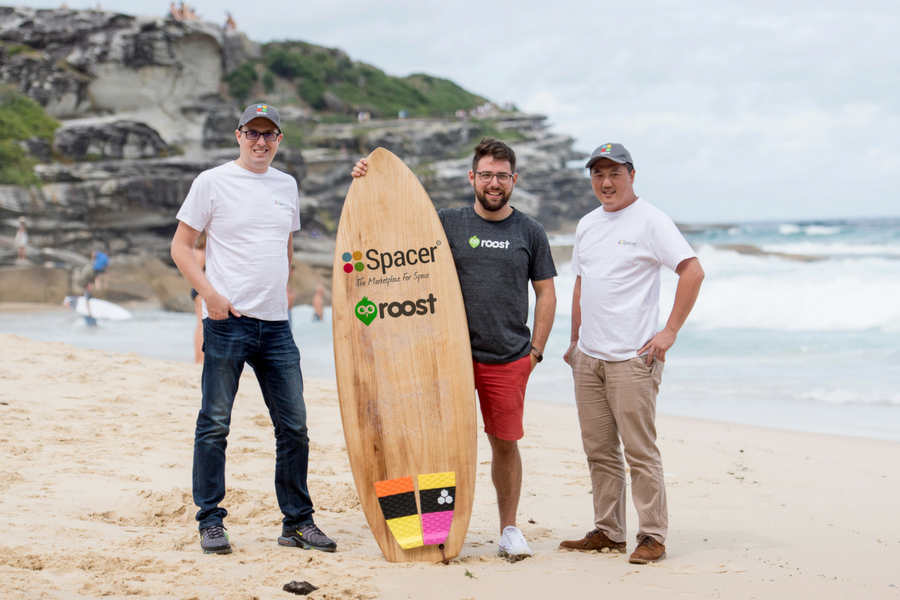 Australian peer-to-peer self storage startup Spacer has acquired San Francisco-based company Roost for an undisclosed sum. Roost, launched in 2014, will rebrand to Spacer, with its employees to stay on to lead US operations.

Mike Rosenbaum, cofounder and CEO of Spacer, said he and cofounder Roland Tam had met and built a relationship with Roost CEO Jonathan Gillon over the last year.

With the US self storage market worth $28 billion, or 33 times more than Australia’s, the Australians were keen to learn from their US counterparts.

“Expanding into the United States is a significant milestone achievement for the business, and a strategic move to take on the biggest market globally. Roost, the pioneers of space sharing in the US, has built a solid foundation to successfully trade one of the fastest growing sectors of commercial real estate in the US market,” he said.

Gillon added, “This acquisition is a great acknowledgment of the success we have achieved and the huge growth potential of space sharing in the U.S. We are happy to pass the baton to Spacer, and have the utmost confidence in their ability to build on the foundation established by Roost.”

Having raised US$1.2 million in seed funding in 2015, Roost last September expanded to Washington DC. Gillon told the Washington Post at the time revenue was in six figures, growing 30 percent a month, and that he expected to be profitable by 2018.

Tam said the Spacer team is looking forward to growing Roost further by “adopting our Australian learnings and translating them to the world’s largest consumer market”, with these efforts to be focused on San Francisco, Washington DC, and Chicago.

Launched in late 2015 with $1 million in funding, over the last 18 or so months of Spacer’s operation Rosenbaum stated that its userbase is growing 30 percent month on month, primarily in Sydney and Melbourne as more people flock to apartments that keep getting smaller.

The startup has also found a growing niche among businesses on both sides of the market, with the likes of eBay sellers or other small home-based businesses needing extra space to store stock and businesses with extra car parking spaces or office space coming to the platform to make extra cash.

With one eye on the acquisition, Rosenbaum has also been working towards the launch of a sharing economy coworking hub in Sydney.

Announced last October in collaboration with other founders in the space including Steve Orenstein, founder of courier service Zoom2u; Alexis Soulopoulos, cofounder of pet sitting startup Mad Paws, and Will Davies, CEO of car sharing service Car Next Door, the hub will be opening in Pyrmont in a few weeks’ time.