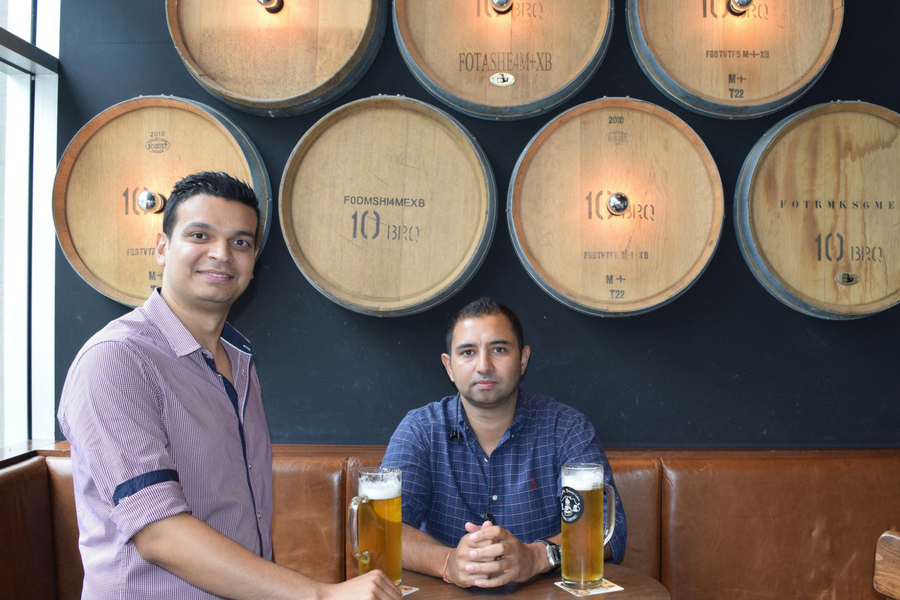 The discussion around drink driving in Australia has shifted over the last few years; advertising around the issue used to focus more on the consequences, from being caught by police conducting breath testing to accidents causing death. More recent ad campaigns have sought to promote the idea of the plan B, whether it be assigning a designated driver in a group of friends or getting an Uber home.

Recently launched Australian startup PickMyRide looks to provide yet another plan B, connecting users who have had a few drinks to designated drivers.

Essentially, if a user has driven to a venue and is unable to drive home themselves, they can log onto the app and find a driver that will drive them home in their own car, removing the need to go back the next morning and pick it up.

Cofounded by Sachin Chahal and Karan Solanki, the idea for the service, like many others, came from personal experience.

“I took a customer out for a lunch which went for a bit longer than anticipated. I didn’t plan on it but I did get a bit tipsy, which meant I couldn’t take my car home. And my wife needed the car next morning for a doctor’s appointment for my kid. Not been able to take my car home at that night made me feel very guilty. At that moment, I really wished I had someone who could drive my car,” Chahal said.

Having used a designated driver service in the US a couple of years ago, Chahal said he and Solanki decided to “have a crack at it” in Australia.

“The government campaign around “What’s your Plan B?” is great,” Chahal said.

“[But] the core of the problem is, almost all of the Plan B options suggest people leave their car behind. It is not a realistic option for a lot of people as they have to get to work next morning, drop their kids off to school, overnight parking can be very expensive, and it is expensive to catch a return cab or it’s a hassle catching a public transport at night and coming back to pick up the car next morning. And a lot of people do get done for DUI in the morning.”

For the rider, the customer works by having them book a driver through the mobile app, either by scheduling a booking or booking a driver on-demand, with each option giving them a fare estimate.

For on-demand bookings, the driver can then catch an Uber back to their own car, the fee paid from the PickMyRide company account, while for scheduled bookings the service looks to organise another driver in its network who is in the area to pick them up and drive them back.

Chahal added that from March, the service will also look to introduce the concept of booking a driver for a certain period of time, that is essentially hiring a personal driver on an hourly basis.

The startup’s minimum fare is $79, which covers the first 13 kilometres of a trip; drivers get 75 percent of the fee.

According to Chahal, this fee covers the cost of not being able to take your car home after drinking, which would include any cost of overnight parking, the cost of a taxi or Uber ride home and then Uber, taxi, or public transport back to pick it up the next morning, then the soft cost around “all the hassle of coming back the next morning”.

PickMyRide is targeting drivers already working with other services, whether they be with a rideshare, taxi, or hire car service.

Chahal said the startup carries a business liability of up to $10 million; it also expects customers to have a comprehensive insurance policy on their vehicles, though will pay up to $1,000 towards a claim in the case of a PickMyRide being at fault.

When it comes to riders, the startup will be looking to target “anyone who owns a car and likes to have a drink or two with family and friends”. In particular it will look to those who like to attend events like the races and other sports, and music festivals, while people who need to go to the doctor for day surgery or so on and can’t catch public transport back home are also another potential market.